Russia has brought in five anti-aircraft missiles and added troops to the disputed region over the past 18 months, according to new satellite photos. This has left US officials scrambling over a perceived threat increase from Crimea, which was controversially annexed by Russia in 2014. Observers note that the show of Russian aggression indicates that the region will not be returned to Ukraine soon and could expand their military power in the Middle East – much to Washington’s dismay.

One US official reportedly said that Russia was engineering “a deliberate and systematic buildup of their forces on the peninsula”.

They added: “The combat radius covers all Ukraine and beyond the Black Sea. It significantly increases their strike options, potentially extending to the Middle East.”

Another commented that now Moscow could reach targets in southern Europe and Syria – all without departing Crimea.

Photos taken between January 2018 and April 2019 also show significant improvements being made to Soviet-era military installations. 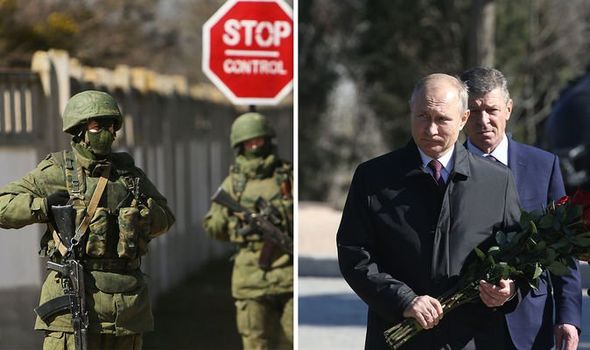 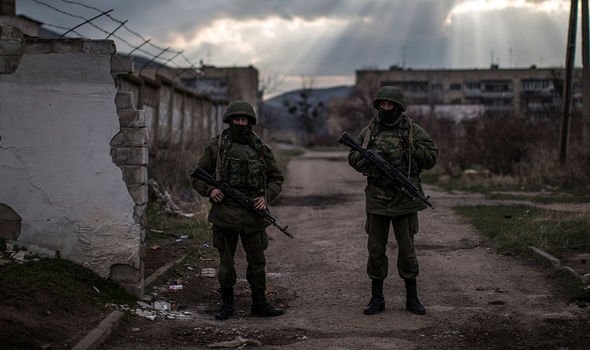 The rapid buildup is seen by Western leaders as part of a ploy to shut down the sea lane into the Mediterranean, thereby preventing NATO from supplying arms and resources to its forces in Syria.

Russia has been on opposing sides to the US and NATO in the Syrian Civil War, with President Putin aiding government forces against Western-backed rebels.

And now experts suggest that increased forces signal a desire to gain greater control over the Black Sea before expanding even further.

Nonproliferation expert Sarah Bidgood told Defense One: “This is a significant buildup.

“NATO is going to be under increasing pressure from allies in the region to show that it’s able to push back against Russian attempts to gain greater control of the Black Sea.

“To me, that’s a really dangerous environment.”

Crimea was the flashpoint of a proxy conflict between the US and Russia in February 2014 – days after pro-Moscow President Viktor Yanukovych was ousted in Ukraine. 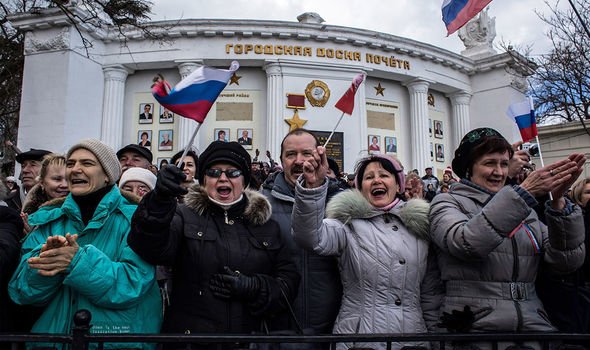 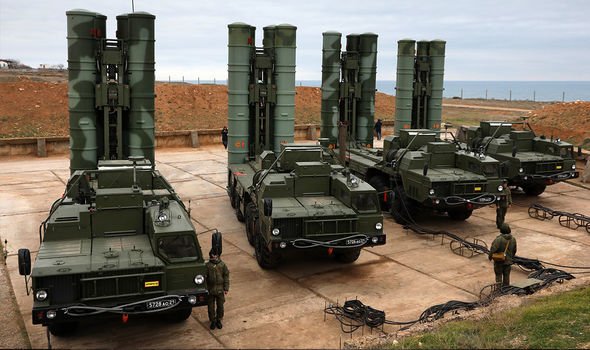 With 81 military aircraft and 10 warships, experts say that Moscow is settling down in Crimea for the long haul.