US secretary of state Michael Pompeo said: “The Indians are seeing 60,000 Chinese soldiers on their norther border.” Speaking of the closer ties between India and the US, Mr Pompeo added: “They absolutely need the United States to be their ally and partner in this fight as the Chinese have now begun to amass huge forces against India in the north.”

Tensions have soared in the Himalayan region since troops from both China and India broke into hand-to-hand fighting in June.

This was when 20 Indian troops and an unknown number of Chinese died in the high altitude violent conflict.

“The tide’s begun to turn.

“And the United States under President Trump’s leadership has now built out a coalition that will push back against the the threat.” 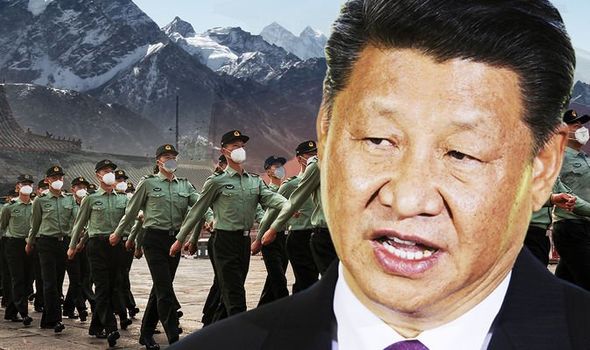