Thunderstorms have left parts of the UK submerged in water after a month’s worth of rain sparked misery.

But there is finally light at the end of the tunnel as a 23C plume prepares to blast Britain. 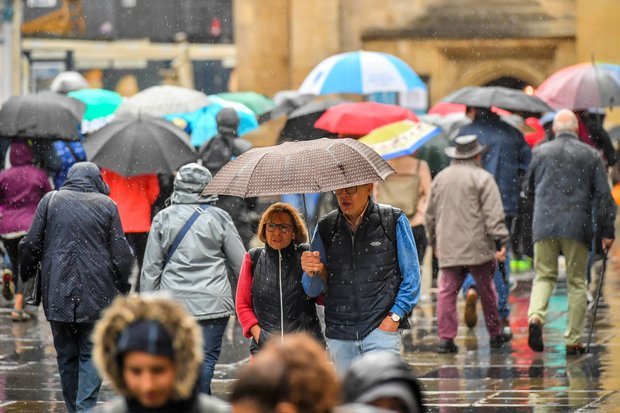 The spells of heavy rain looks set to continue until the end of the week before summer makes its welcome return.

Weather maps on WXCharts show an area of hot air spreading across south and east Europe will then head our way.

According to Net Weather the mercury will soar to “feeling like” a glorious 23C in parts of the UK. 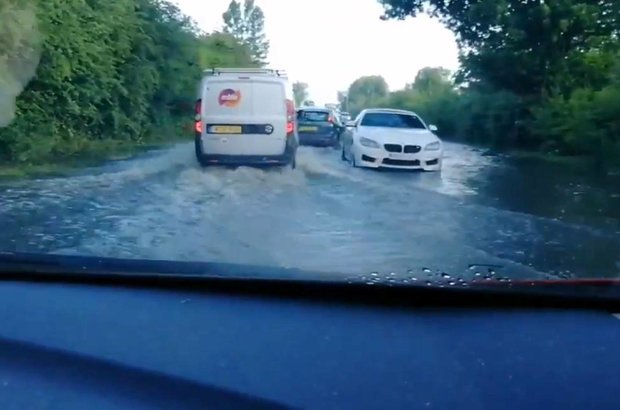 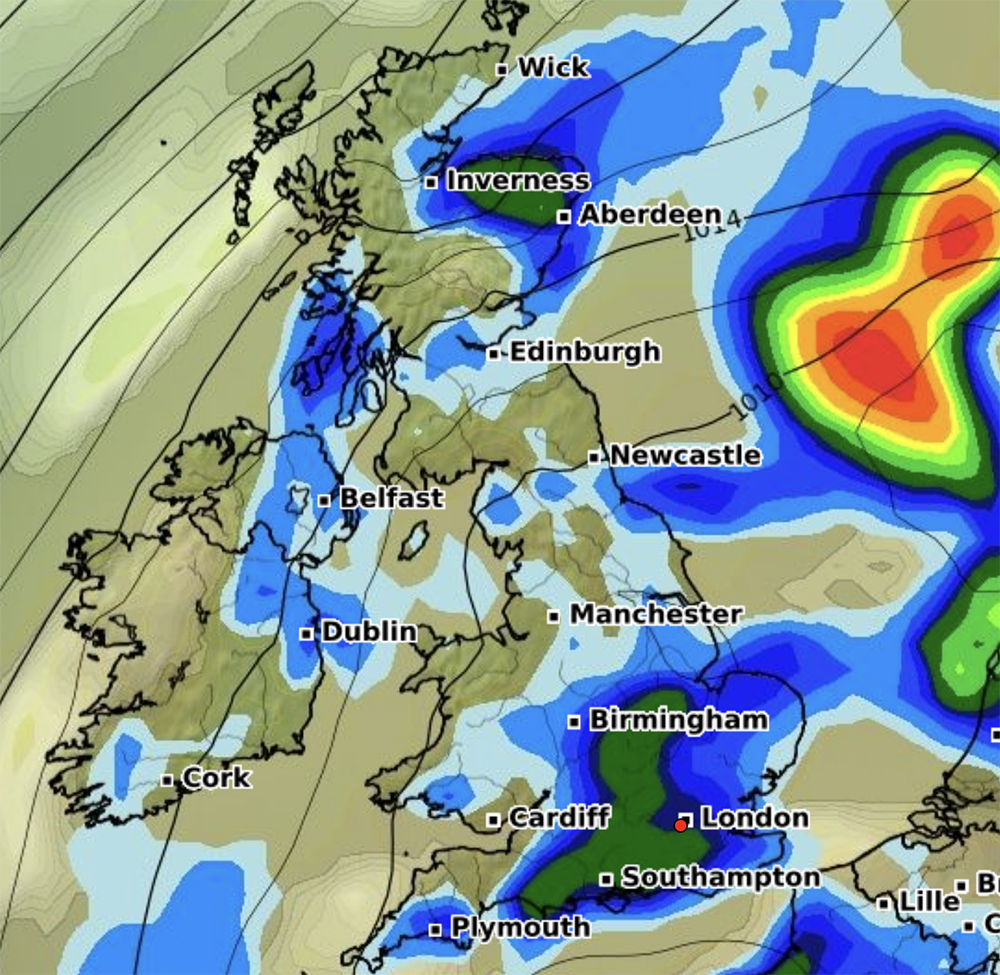 The weather service forecasts Londoners will enjoy 22C on Monday, following by 23C on Tuesday, Wednesday and Thursday.

Southern England will enjoy most of the incoming warm weather, while it will still be milder up north compared to this week.

Birmingham will “feel like” 20C for most of next week, while Manchester will bask in 19C. 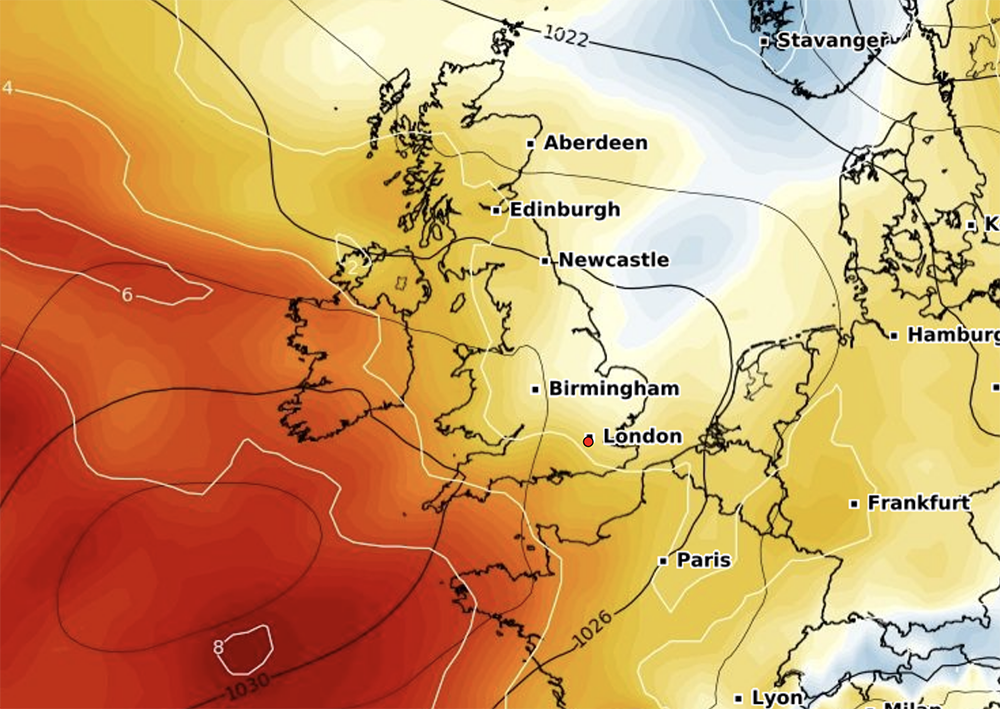 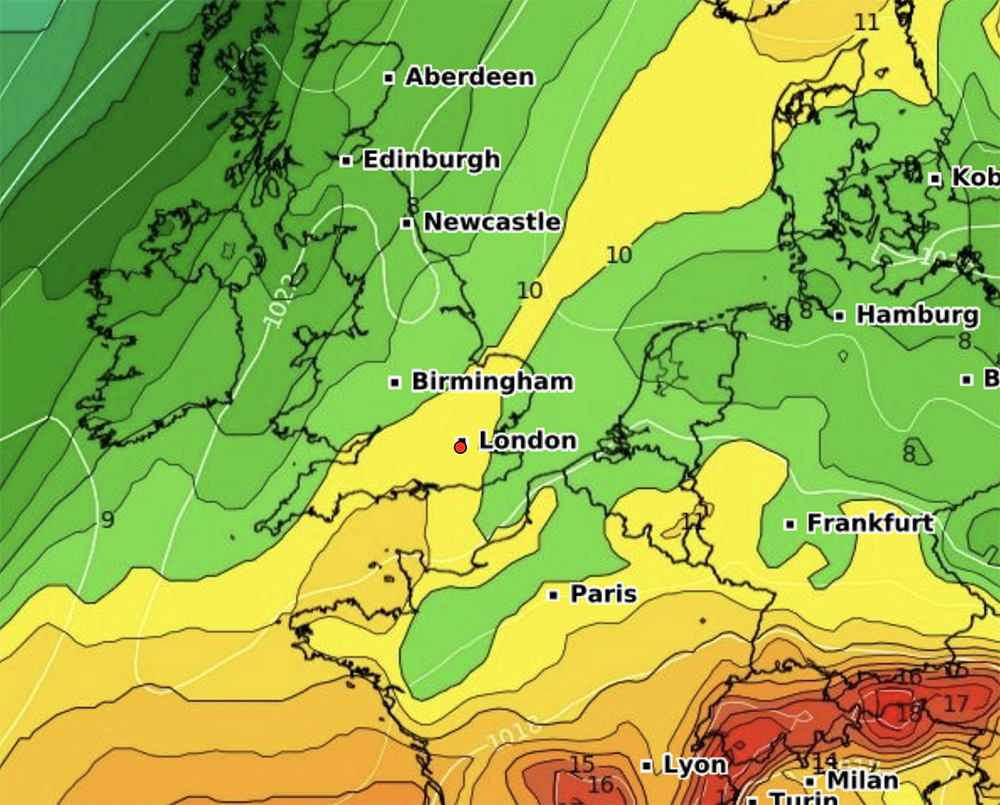 Despite the rain, later on this week will also see the weather warm up, with 22C in London on Friday, 19C in Birmingham and 17C in Manchester.

A Weather Outlook forecaster said it “could become very warm or even hot at times”, but warned unsettled weather is still a possibility as the month goes on.

“After a changeable start a trend towards drier weather is expected to develop,” the forecaster said. 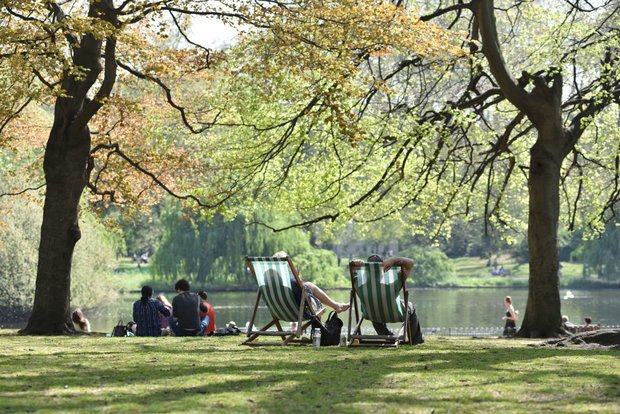 “It could become very warm or even hot at times, and that leads to an increasing risk of thundery conditions in southern and central areas.

“Later in the period it could become more unsettled again, especially in the west, with warmer and drier weather becoming confined to the south east.”