Moscow’s military has suffered another blow after Ukrainian troops launched a successful attack using advanced Javelin missile systems. Startling video footage, captured by a drone in the Kharkiv region of eastern Ukraine, caught the huge fiery explosion which followed the missile strike. Smoke and debris is thrown high into the air above as the Russian tank is torn into shrapnel in a violent blast. The Ukrainian military has given credit to Javelin missiles, designed by the US, for the brutal destruction of the Kremlin’s military supplies.

The video was posted to Twitter by the Defense of Ukraine, an official account of the Ukrainian government, with an accompanying statement boasting of the devastation.

The caption read: “The 93rd Mechanized Brigade of the Ukrainian Army came to a conclusion that the newest Russian T-90 tank explodes much brighter than its outdated predecessors.”

The clip was also posted to a Facebook page linked to the Ukrainian armed forces with the caption: “The 93rd brigade continues to destroy the occupying forces in Ukraine.

“For your attention, a spectacular video of today’s Javelin shot at an enemy tank.” 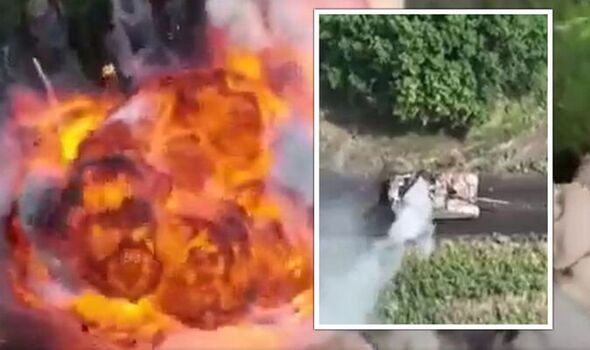 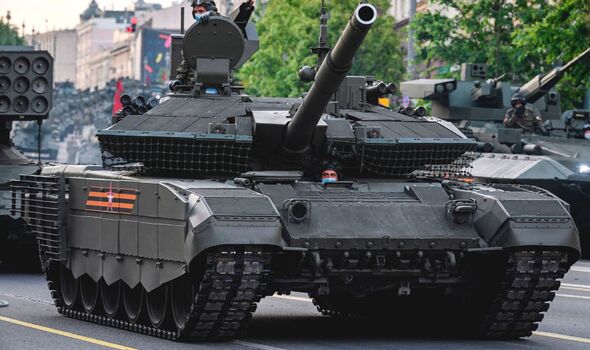 The Javelin missile system is an advanced anti-tank weapons system developed by the US.

The Biden Administration confirmed America had plans to additionally provide the defending Ukrainian forces with a total of 6,500 Javelin missile systems.

The UK has also provided Javelin missile systems to Ukrainian military forces as part of the Government’s ongoing alliance with President Volodymyr Zelensky.

A statement from the Ministry of Defence confirmed “6,900 NLAW, Javelin, Brimstone and other anti-tank weapons, as well as 16,000 artillery rounds” had already been sent to Ukraine. 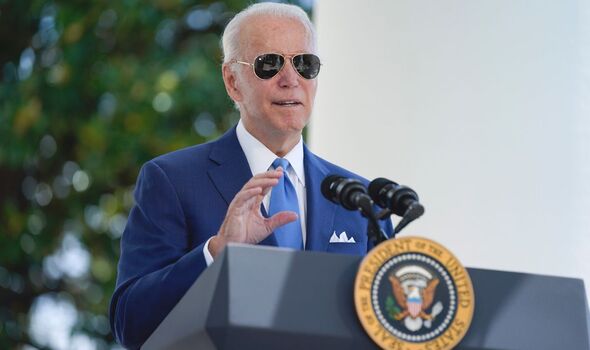 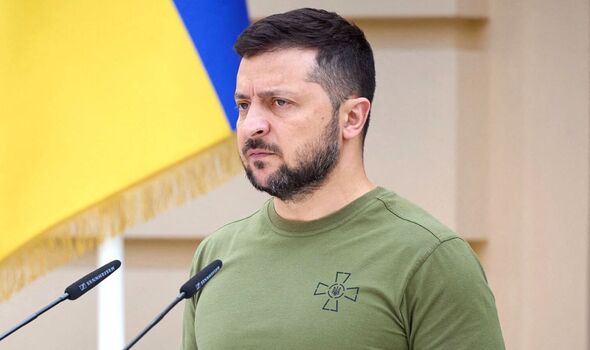 Vladimir Putin’s military has continued to struggle with the logistics of replacing equipment lost in combat.

Reports from Ukraine suggest Moscow’s military has been increasingly forced to operate with outdated and poorly maintained equipment due to losses. 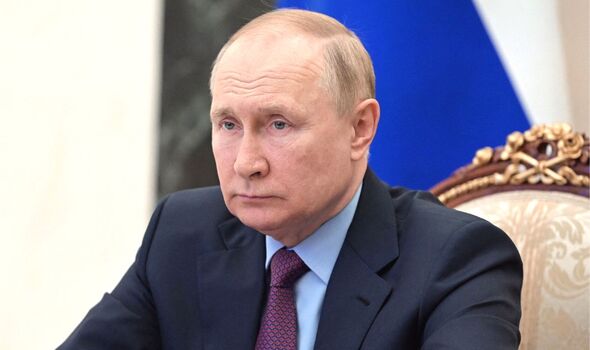 Oryx indicated Moscow’s military had suffered 930 tank losses, including at least 20 of the modern T-90 model identified in the Javelin missile video.

Intelligence suggests Russian forces have grown increasingly concerned over the precision of weapons supplied to the Ukrainian military by Western allies, even taking steps to mask ammunition depots and military bases from missile targeting technology.

The UK Ministry of Defence said: “This highlights the threat Russia feels from the increased range and precision of Western-supplied systems.”