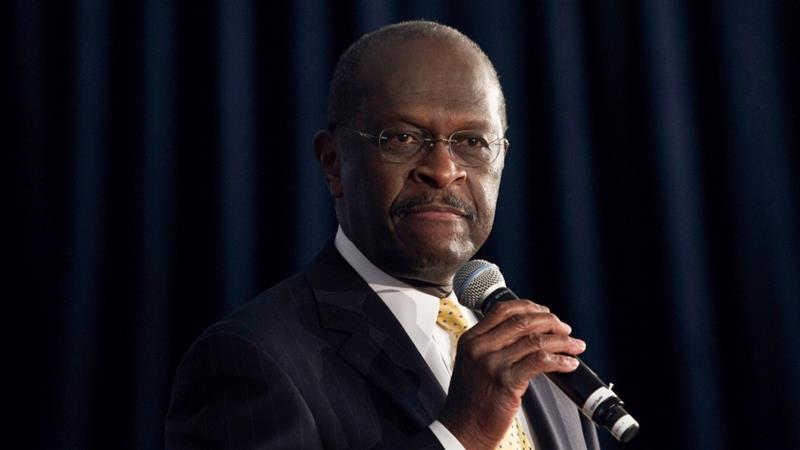 Herman Cain, a 2012 United States Republican presidential candidate and conservative Black voice in American politics, has died after contracting COVID-19, according to a statement on his website and Facebook page.

Cain was diagnosed with the disease in late June after attending a Tulsa, Oklahoma, political rally for President Donald Trump, an event where many attendees crowded close together without wearing face masks.

“We’re heartbroken, and the world is poorer: Herman Cain has gone to be with the Lord,” a statement on his website said.

Cain had been admitted to an Atlanta-area hospital on July 1 after attending the Tulsa rally 11 days earlier without wearing a mask.

“Trump Tulsa Rally – I was there! The atmosphere was exciting and inspiring!” Cain wrote on Twitter after the June 20 rally. He tweeted a photograph of himself without a mask at the rally surrounded by fellow Black Trump supporters also not wearing masks.

Cain did not meet Trump in Tulsa.

“We knew when he was first hospitalized with COVID-19 that this was going to be a rough fight. He had trouble breathing and was taken to hospital by ambulance. We all prayed that the initial meds they gave him would get his breathing back to normal, but it became clear pretty quickly that he was in for a battle,” his website editor Dan Calabrese said in the statement on Thursday.

Cain posted support on Twitter for not mandating masks at a July 4 event Trump attended at Mount Rushmore in South Dakota.

“Masks will not be mandatory for the event, which will be attended by President Trump. PEOPLE ARE FED UP!” he tweeted.

Health experts agree that mask-wearing can significantly cut down on the spread of the virus that has killed more than 150,000 Americans.