Representative-elect, Dr. Julia Letlow, discusses her win and her late husband who passed away from coronavirus last year.

An inquiry to Louisiana authorities by the Netflix series “Unsolved Mysteries” jump-started two dormant murder investigations into the slayings of a pair of married couples and led to an arrest last week.

The Kenner Police Department said Dernell Nelson, 35, of LaPlace, is charged with first-degree murder in the slayings of Hermania Ellsworth and Charles Davis. Investigators said he may also be connected to the slaying of another married couple found dead three weeks after the death of the first couple.

The first killings occurred on June 17, 2010, when authorities found Ellsworth and Davis dead from multiple gunshot wounds inside her vehicle, which had crashed into a tree. Their 3-year-old son was in the backseat but had not been shot. He sustained other injuries, police said.

Investigators suspected stolen money to be the motive for the killings. Three weeks later on July 9, 2010, St. Tammany Parish Sheriff deputies discovered the bodies of Herbert Glass and Lynette Williams in Lake Ponchartrain near New Orleans.

3 VIRGINIA MEN ARRESTED IN SHOOTING THAT KILLED MOM AND BABY, INJURED 3 OTHERS 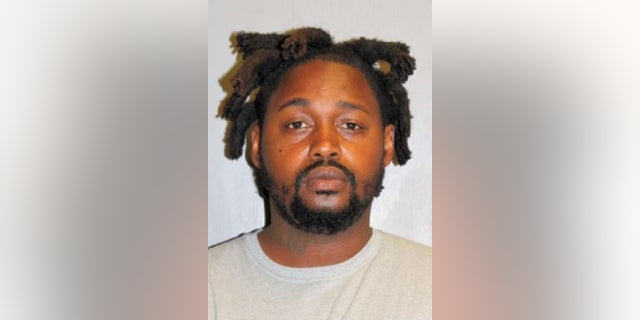 Dernell Nelson, 35, LaPlace, was arrested in connection with the 2010 murder of a married couple and is suspected in the slaying of another couple. The cold case was re-opened after Netflix’s "Unsolved Mysteries" made an inquiry to investigators.
(Kenner Police Department)

Both had gunshot wounds and were bound in duct tape, police said. Their Toyota Camry was found burned at an Interstate 59 exit and the bodies were recovered from the lake the next day.

“Both law enforcement agencies believed the two homicide investigations may be related due to the St. Tammany victims residing in close proximity to where the Kenner Homicide occurred and occurred only three weeks apart from each,” a Kenner police statement reads.

Investigators had several suspects but no arrests were made and the cases went cold. Nelson was one of those suspects, police said.

The investigation was reopened in March after Kenner police received an inquiry from “Unsolved Mysteries” about the case.

Nelson was arrested on April 22 after he was linked to the slayings through DNA and circumstantial evidence. Engler has been in contact with St. Tammany Parish investigators as they look to close the Glass and Williams murders.

The famed docuseries recounts cold cases and paranormal activities. Netflix revived the show last year and has dropped 12 episodes in two seasons. On its Twitter account, the series acknowledged its role in helping to capture Nelson.

“We’re happy to help in any way we can,” it tweeted.