Montreal: Negotiators at a UN summit to protect nature are closing in on a new global deal on that could protect 30 per cent of the world’s land and seas by 2030, with hundreds of billions of dollars directed towards conserving wild places and species.

China, the president of the COP15 biodiversity conference in Montreal, released a proposed text on Sunday (Monday AEDT) that ministers welcomed, with some reservations. 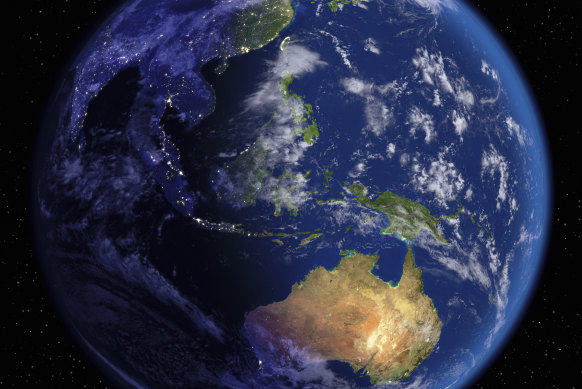 The deal could mean 30 per cent of the world’s seas and lands will be protected by 2030.

Policymakers hope an ambitious deal can spur nature conservation in the same way that an international pact in Paris in 2015 helped mobilise efforts to limit planet-warming carbon emissions.

“Another potential round of work needs to be done so we can align the resources and the ambition,” said Colombia Environment Minister Susana Muhamad. “But I’m very optimistic that, as the main goals have been landed and there is no, in general, opposition to these goals, we have made a very important step forward.”

The draft, based on the last two weeks of talks, sets a crucial financial target of $US200 billion ($298billion) per year for conservation initiatives, though it demands less from wealthy countries than some developing states had wanted.

“We were surprised that [the text] is actually capturing most of the things we want to go for,” a delegate from a European country said. On restoration, he noted the text went with a more ambitious target of 30 per cent, instead of 20 per cent, which “is really good and ambitious and necessary.” 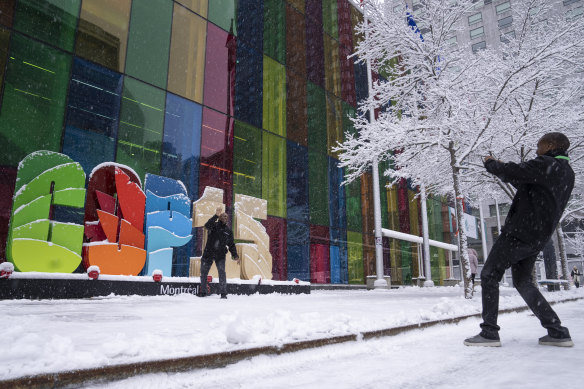 Delegates take souvenir photos during a snowfall outside the convention centre at the COP15 UN conference on biodiversity in Montreal, Canada.Credit:The Canadian Press/AP

Businesses should also be asked to assess and disclose how they affect and are affected by nature loss, but the current document does not make such reporting mandatory.

EU Commissioner Virginijus Sinkevicius told reporters during a break that negotiators were “on the right track to finalise” a deal, but he highlighted shortcomings on numerical targets and expressed concern about an increase in funding from developed countries.

Ministers and government officials from nearly 200 countries need to come to a consensus on 23 proposed targets by midnight on Monday (2pm Tuesday AEDT).

While optimistic, environmental campaigners worry the technical wording of the 30-by-30 target might not adequately address ocean conservation.

The target mentions protecting at least 30 per cent of terrestrial, inland water, and coastal and marine areas.

However, it does not clarify whether this means 30 per cent of land and separately 30 per cent of oceans, said Brian O’Donnell, director of the non-profit Campaign for Nature, adding that China needs to clarify its intent quickly.

“The target should split land and sea to make sure 30 per cent applies to them respectively,” said Li Shuo, senior global policy advisor at Greenpeace East Asia.

The draft recommends allocating $US200 billion per year from all sources, including the public and private sectors, for conservation initiatives – a target seen as critical for the successful implementation of any deal.

“Probably we will have to reach an agreement between $30 billion and $100 billion,” Colombia’s Muhamad told reporters.

The draft also notes that the money could come voluntarily from any country – a nod to developed nations’ desire that countries with large economies, such as China, also contribute funds.

Having China and Arab countries joining would be “a huge step forward,” Sinkevicius said.

Asked whether China should be considered a developing country, as still defined by the World Bank, he said, “I think we should not stick to 1992 descriptions but see the reality on the ground, and it’s very different from 1992”.

One of the greatest points of contention among delegates has been whether a new fund should be established for that money, improving on an existing structure. On Wednesday morning, developing country negotiators walked out of a financing meeting in protest. The draft deal does not mention setting up a separate facility.

The text suggests harmful subsidies should be reduced by at least $US500 billion per year by the end of the decade end, but does not specify whether they should be eliminated, phased out or reformed.

Other proposals include directing policymakers to “encourage and enable” businesses to monitor, assess and disclose how they affect and are affected by biodiversity, but not making these processes mandatory.

Tony Goldner, who heads a group working on a framework for companies to manage and disclose economic risks related to nature, said a number of countries and financial firms would move towards mandatory disclosure anyway.

“At an institutional level, the train has left the station in any case because financial institutions are increasingly aware that nature risk is sitting on their balance sheets.”

Lastly, risks from pesticides and highly hazardous chemicals would be reduced by at least half, but the text does not address slashing their overall use.

“At the end of the day this is one of the major drivers of biodiversity loss,” Sinkevicius said.

Separately, European Union governments have reached a deal on key elements of the 27-nation bloc’s green deal, reforming its trading system for greenhouse gas emissions and creating a new hardship fund for those hardest-hit by measures to curb climate change.

On Sunday (Monday AEDT), the two sides agreed to push European industries and energy companies to cut their emissions by speeding up the phase-out of free pollution vouchers. Doing so makes each tonne of carbon dioxide released into the atmosphere more expensive for polluters.

The EU’s executive Commission said the measure would require European industries to reduce their emissions by 62 per cent by 2030 from 2005 levels, compared to a target of 43 per cent under the previous rules.