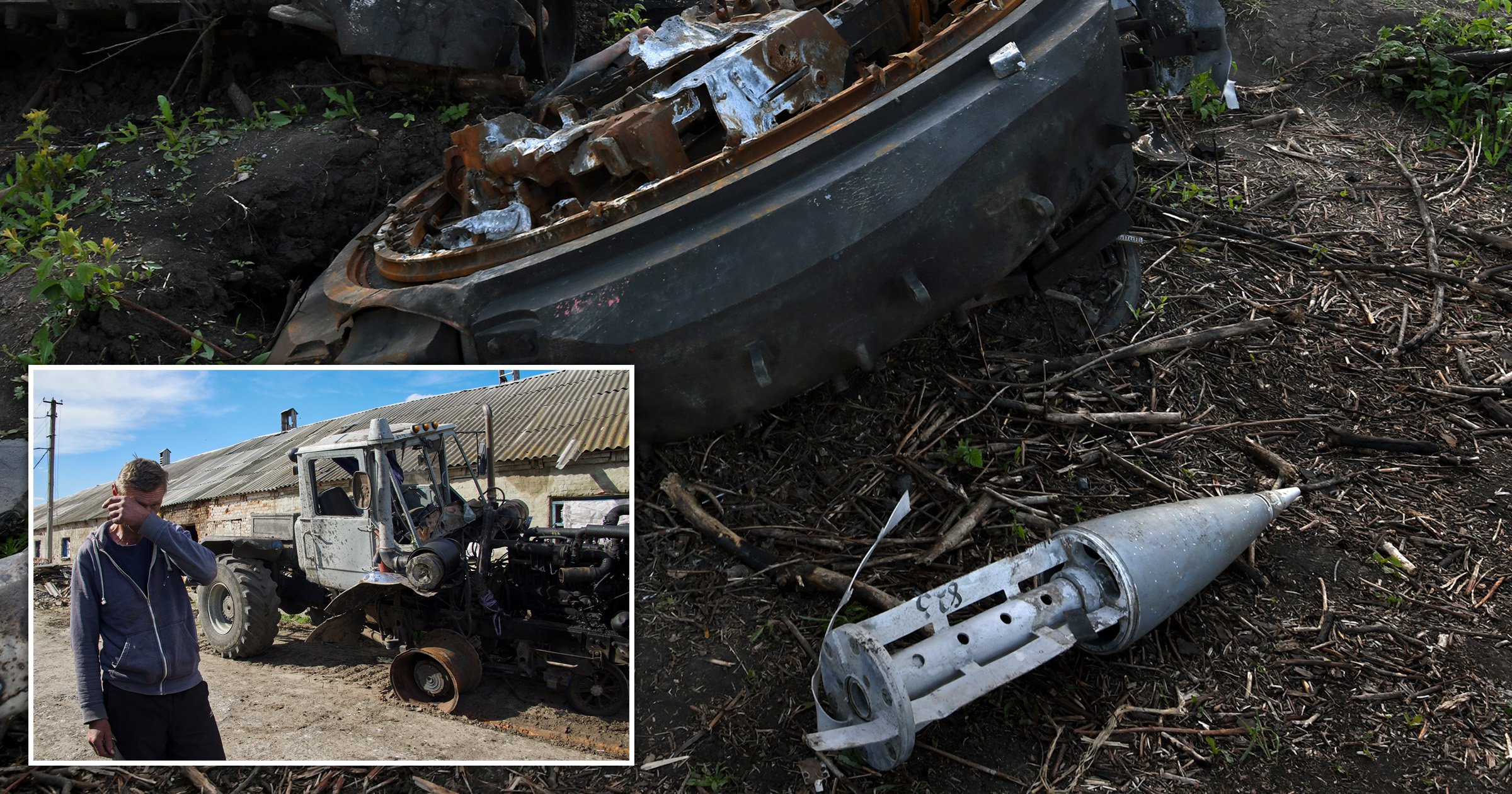 The United Nations is holding talks with the Kremlin behind the scenes in a bid to avoid a global food crisis.

Ukraine’s vast agriculture industry has been disrupted by the war, triggering shortages in countries which rely on buying what its farms produce.

The cost of wheat has soured in recent months, fuelling the inflation in food prices that was already rising because of post-Covid supply chain problems.

US secretary of state Anthony Blinken has described shortages and price pressure as ‘the greatest global food security crisis of our time’.

Ukraine and Russia together produce almost a third of the world’s wheat and barley and half of its sunflower oil, according to the UN.

Russia and its ally Belarus are the world’s number two and three producers of potash, a key ingredient of fertiliser.

Secretary-general Antonio Guterres is pushing for a deal to alleviate the problem, revealing yesterday that ‘intense contacts’ are under way with Vladimir Putin’s government and others.

He told the assembly in New York he was ‘hopeful’ a deal could be struck which would allow the export of grain stored in Ukrainian ports and ensure Russian food and fertiliser have unrestricted access to global markets.

But he also told a ministerial meeting on the escalating food security crisis that ‘there is still a long way to go’.

Mr Guterres warned: ‘There is no effective solution to the food crisis without reintegrating Ukraine’s food production, as well as the food and fertiliser produced by Russia and Belarus, into world markets, despite the war.’

He said the conflict is ‘amplifying and accelerating’ existing food productions problems, with the closure of Black Sea ports and the end of exports to developing countries a particular problem.

Ukraine, Turkey, the US and the EU have all been consulted on the talks, he said, adding: ‘The complex security, economic and financial implications require goodwill on all sides for a package deal to be reached.’

He continued: ‘I will not go into details because public statements could undermine the chances of success.’

David Beasley, head of the UN World Food Programme, said: ‘This is not just about Ukraine.

‘This is about the poorest of the poor around the world who are on the brink of starvation as we speak.

‘So I ask [Mr Putin], if you have any heart at all, to please open these ports… so that we can feed the poorest of the poor and avert famine, as we’ve done in the past, when nations in this room have stepped up together.’

Russia-Ukraine war: Everything you need to know

Since Russia’s invasion of Ukraine began on February 24, the country has suffered widespread damages and loss of life amid a major bombing campaign.

Millions of people have fled the country, with thousands of British people opening up their homes to Ukrainian refugees.

During the course of the war, Ukraine’s President Volodymyr Zelensky has remained in Kyiv, despite the Ukrainian capital being subjected to a barrage of bombing.

Zelensky has continuously pushed for aid and support from world leaders, as well as pressing for fast-tracked NATO membership.

Meanwhile, Russia’s President Vladimir Putin has been widely condemned for his attack on Ukraine.

His actions have been met by harsh economic sanctions, bans from competing in major sporting events, and countries moving away from using Russian oil.