WHO knew? Held hostage in a gas-filled hut by armed insurgents, the one person you really want skipping to your rescue? 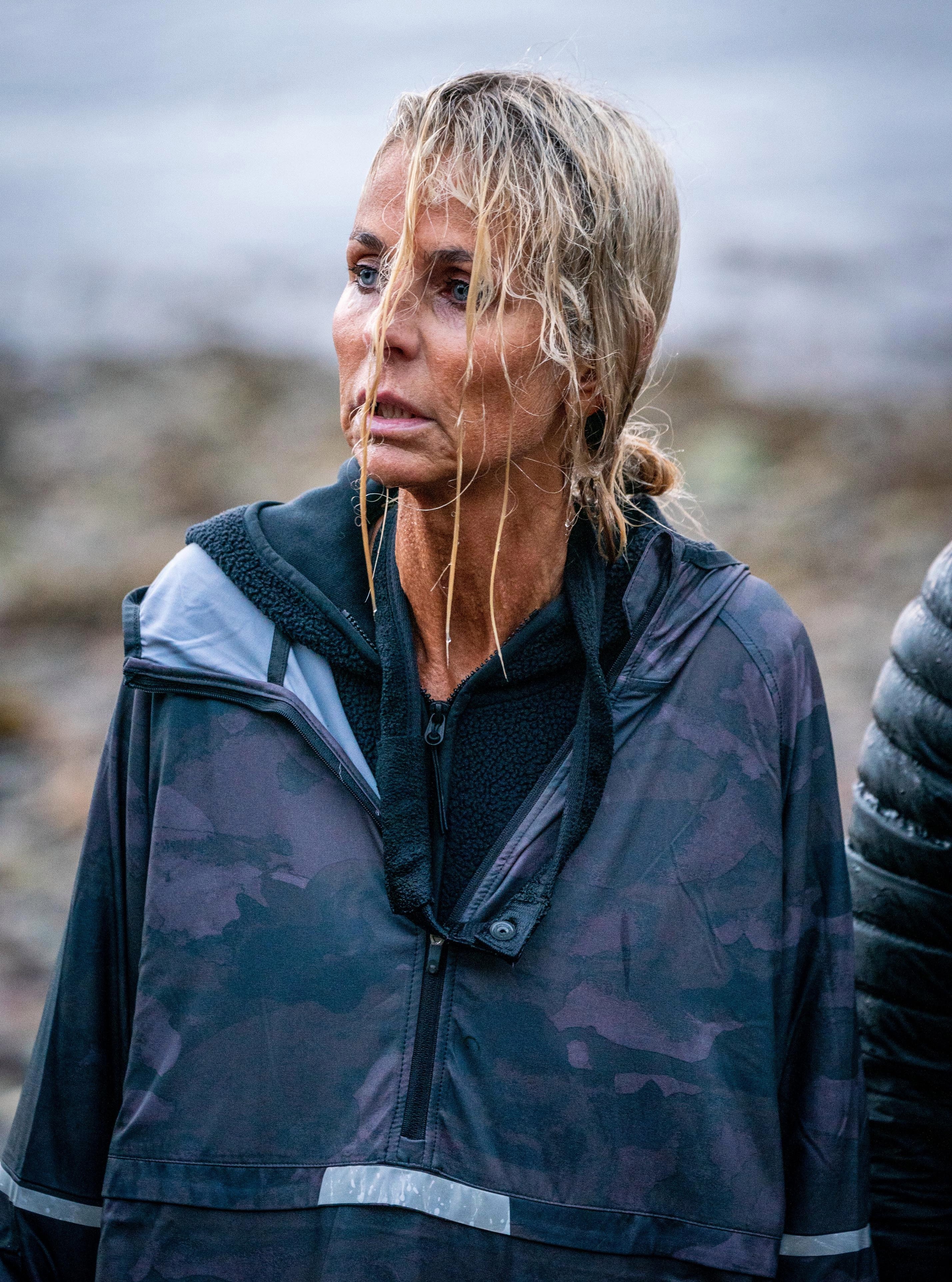 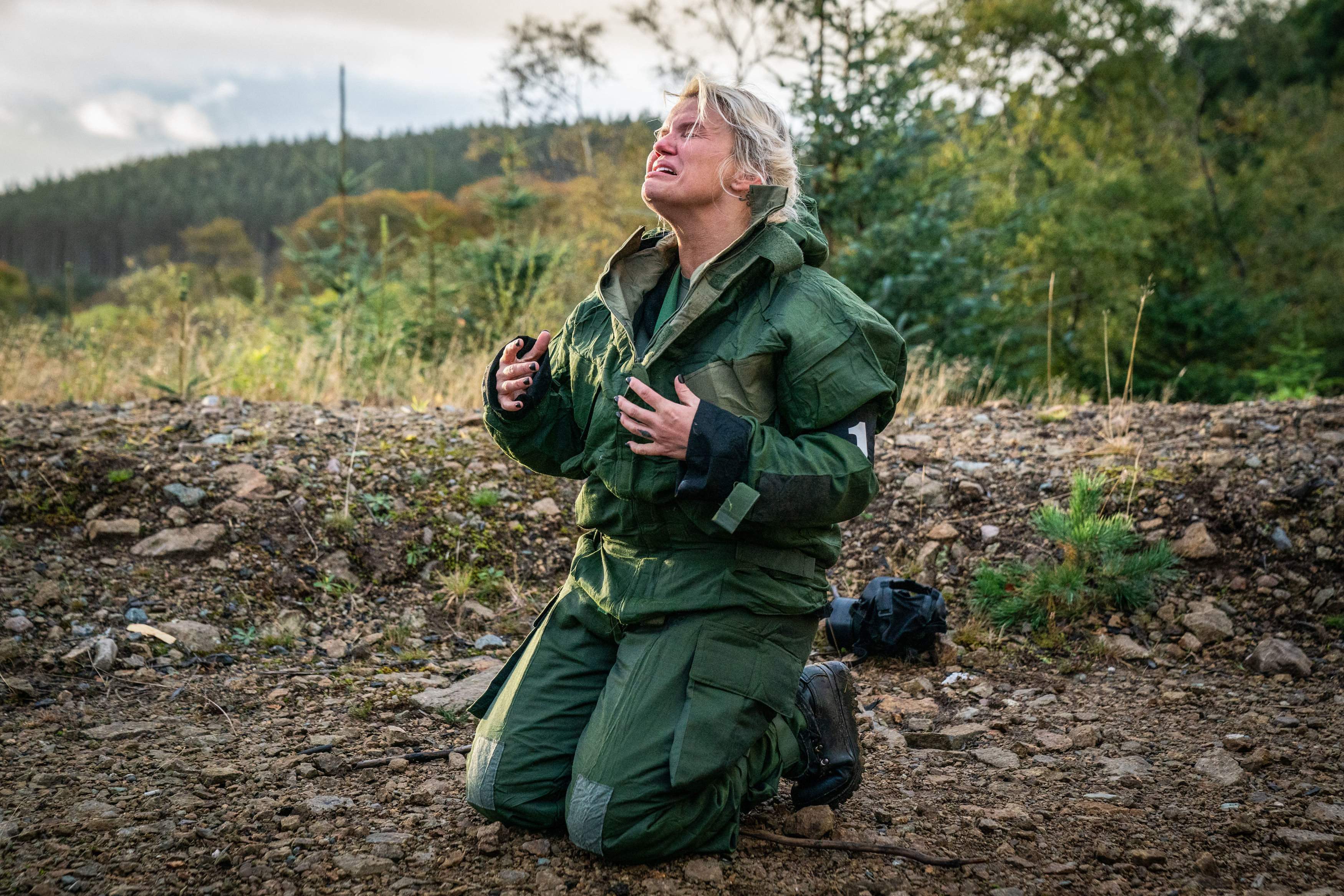 She’s ice-cool under pressure, that woman and a much better bet than Strictly’s Ore Oduba, who’ll leg it, gobbing and snorting, the moment gas hits.

One of the more unlikely lessons from week one of a very hit and miss Celebrity SAS: Who Dares Wins, on Channel 4, where departing chief instructor Ant Middleton began by attempting to pull rank on some serial offenders.

“We are all Special Forces,” he thundered, pointing to Foxy, Billy and the other two staff.

“We’ve conducted tier one missions behind enemy lines. This is not some Army boot camp. This is real for us.”

Which is all very well, Ant, but this lot have got some pretty significant battle scars as well.

And Vicky Pattison didn’t even cry when John Torode made some uncomplimentary remarks about her pistachio-crusted lamb on Celebrity MasterChef.

I could go on, but I think you understand the rather ­sarcastic and laboured point.

Even before we got to the two main celebrity events, we knew we were dealing with some hardy, reality TV v­eterans who were all the ­centre of their own little ­universe.

There were a few worthy and interesting characters as well, like Paralympian Aled Davies, hard-as-nails Alexandra Burke and oarsman James Cracknell.

They largely went under the radar, though, thanks to the presence of Ulrika and Kerry Katona, who introduced herself in this disarming ­fashion: “I’m most known for being unstable, ­getting married loads, having loads of kids, bankruptcy, drugs, you name it, I’ve done it.”

A brutally honest assessment of her life, so I’m going to stick my neck out here and say neither of these two is going to win this series of SAS: WDW.

If you were wondering,­ however, what the hell they were doing on “TV’s toughest show,” you didn’t have long to wait.

Ulrika nearly didn’t make it to the opening parade, ­collapsing eight minutes into the show with hypothermia and subsequently suffering from “a cold minge”, which is rife in that part of Scotland, I’d imagine.

Ulrika it transpired, though, has a backbone and, ­probably through bitter experience, is calm in a crisis.

Katona, on the other hand, cannot do anything.

In fact, she can’t even put one foot in front of the other, as an exasperated Foxy discovered, at the opening trainasium challenge, when he yelled; “But it’s your foot.”

They should’ve binned her immediately, of course. 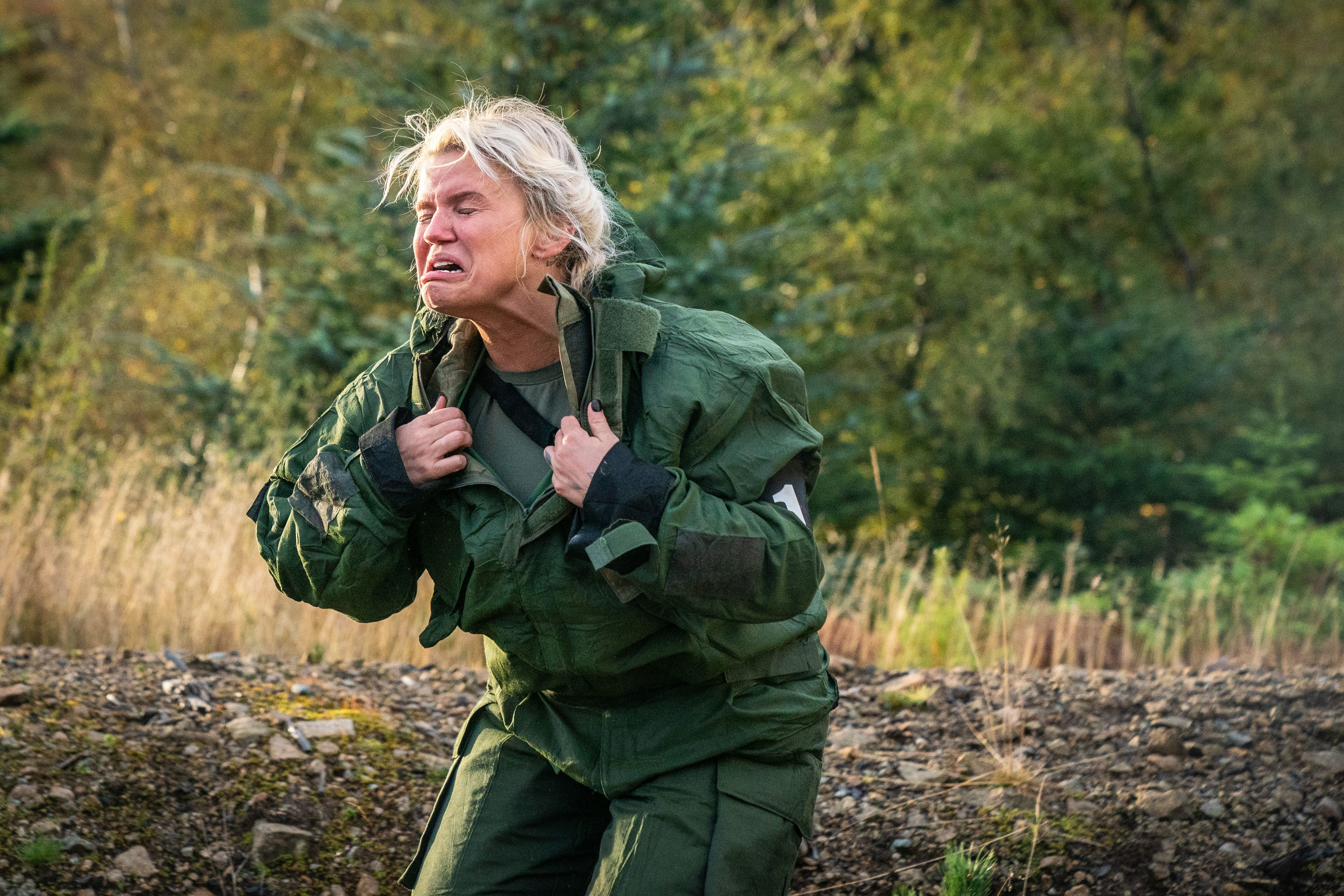 But TV runs on tears, these days, so Ant and the boys hauled her in for questioning and got the full sobbing pity party.

Channel 4 no doubt thought this was powerful television.

It wasn’t. It’s an over-sharing cliche that’s lost all meaning and impact through endless repetition, to the point I was watching Kerry doing it again, 48 hours later, on C5’s Sex & Power.

It was exactly the wrong time for SAS: WDW to be jumping on the mental health bandwagon as well.

The reasons behind Ant Middleton’s exit were only hinted at in the C4 statement: “A difference of views and values.”

But it’s enough to make me think there was a much more interesting show going on behind the scenes than the one we’re watching on ­television and others ­suspect that SAS: Who Dares Wins’ time has simply come and gone.

It’s ultimate fate, I reckon, is still in the hands of the ­production team.

But they urgently need to stop indulging every touchy-feely fad and right-on trend and understand the reason so many of us fell in love with this show was the simple joy of watching hard blokes shout “F***ing pathetic,” as they shoved celebrities out of a helicopter backwards.

ABSOLUTELY no reason to disbelieve television dramatists when they say: “We’ll continue to tell the story of Stephen Lawrence.”

One day they may even get it right as well. 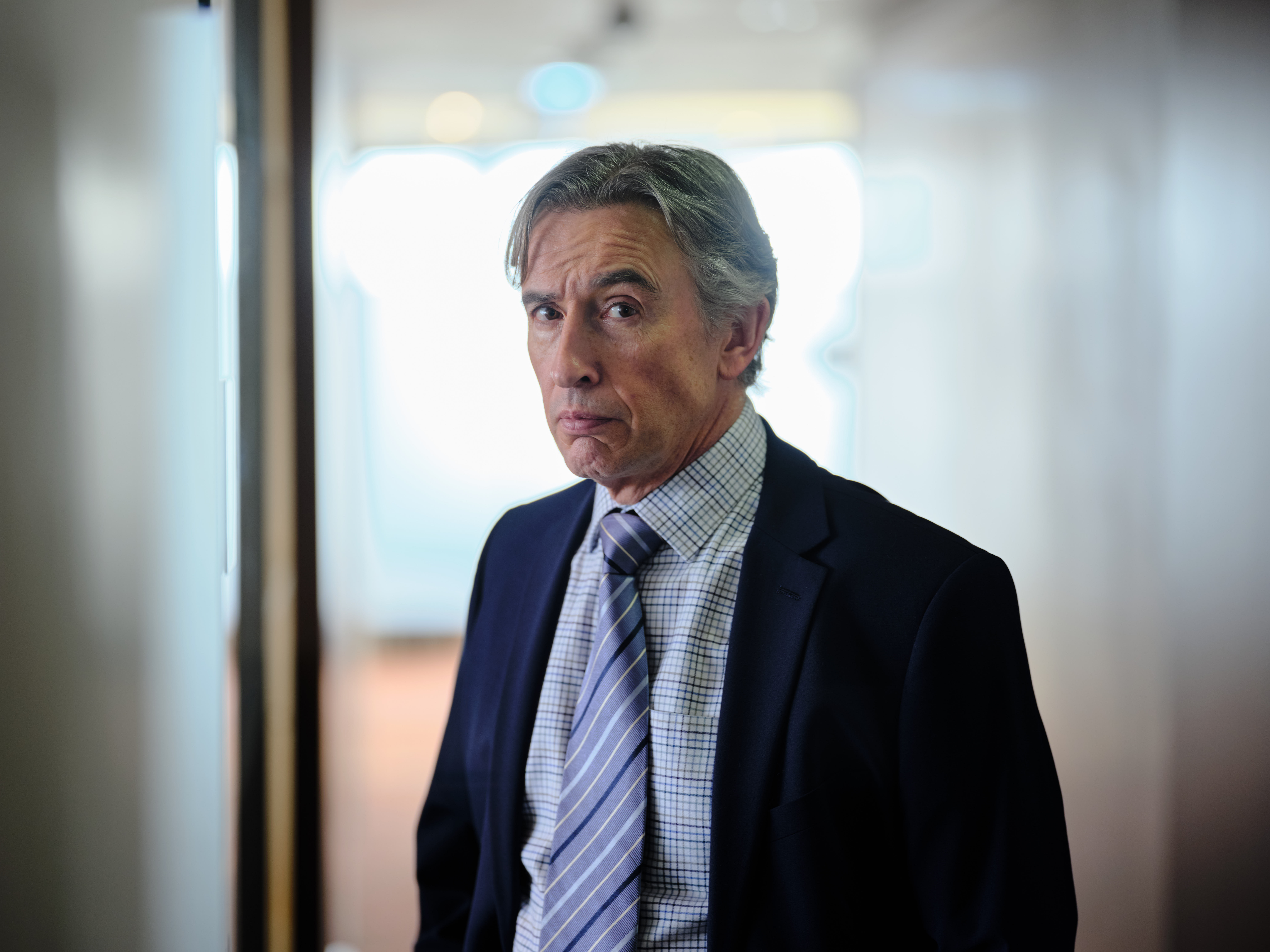 In the meantime, there’s ITV’s Stephen, a three-part series which, on a purely personal level, started to lose me with the stunt-casting of Steve Coogan, who never convinced me he was the heroic DCI Clive Driscoll or anyone other than Steve Coogan.

Especially not when he was sharing scenes with Sharlene Whyte, who acted everyone else into panto with her uncanny performance as Stephen’s emphatic and indestructible mother Doreen.

Even if I had a more vivid imagination, though, the series would still have been fatally undermined by the agenda of Corbynista writer Frank Cottrell-Boyce, who had all the time in the world to take swipes at political enemies and the Press, apparently, but not two spare seconds to acknowledge the game-changing contribution of the Daily Mail’s “MURDERERS” campaign.

It doesn’t fit the blinkered narrative, of course, but if television is ever going to tell this story properly, dramatists will have to swallow their own prejudices and accept a few tabloid journalists did more to bring two of the blots-on-humanity responsible for this murder to justice than the entire dressing-up box community combined.

Which is easy for Gregg to say, but it wasn’t his end Gavin put it up.

INCIDENTALLY, I’m glossing over John Torode’s suggestion Gavin Esler also had “a big knob of Ginger”, ’cos several famous men did, in the late Nineties and it didn’t make them bad people.

Unexpected morons in the bagging area

THE Chase, Bradley Walsh: “What brand of vacuum cleaner shares its name with a ­predatory fish?” 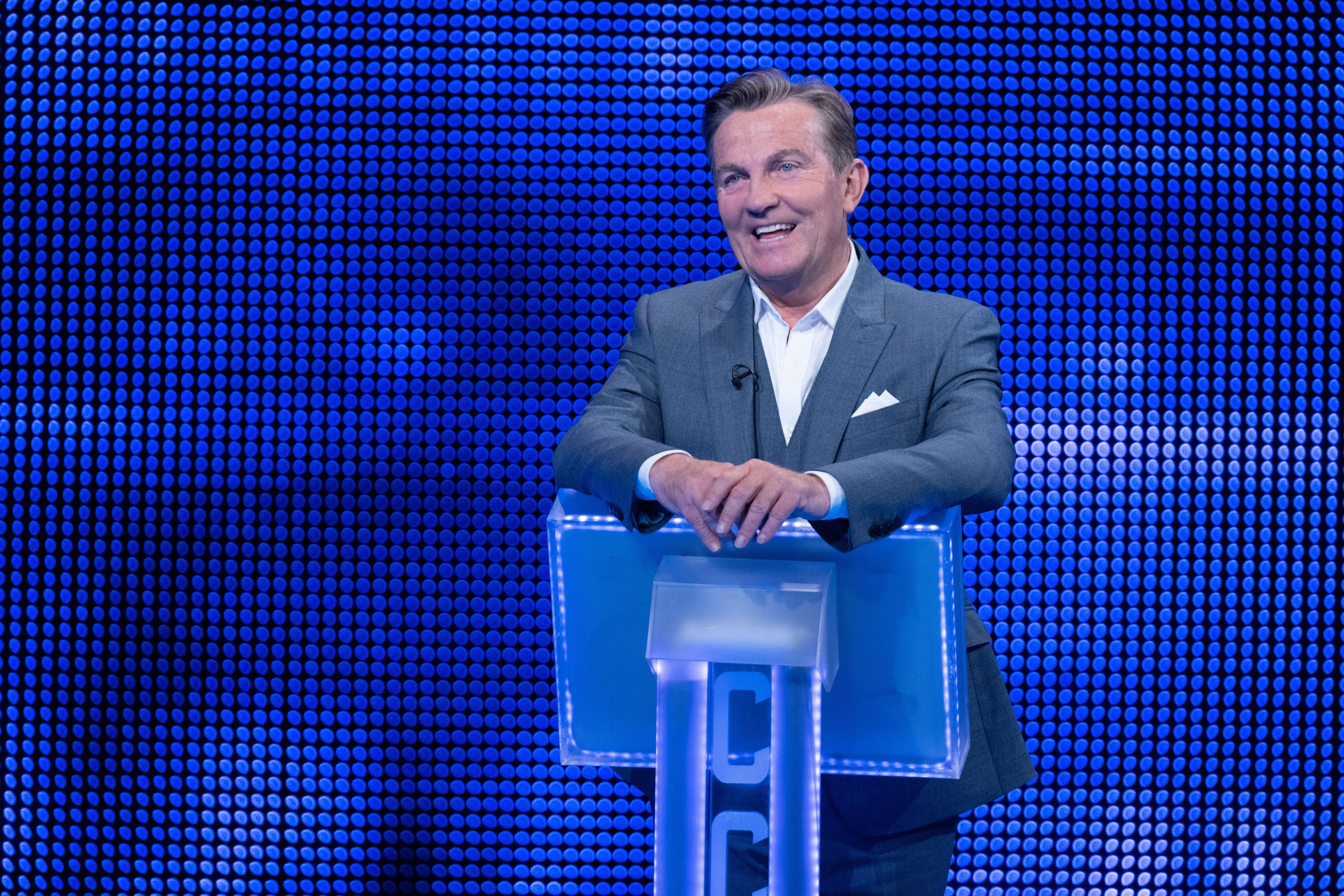 CHANNEL 4 network bosses pleading not to be privatised on “public service” grounds while chasing ratings with lowest-common- denominator trash like Married At First Sight. 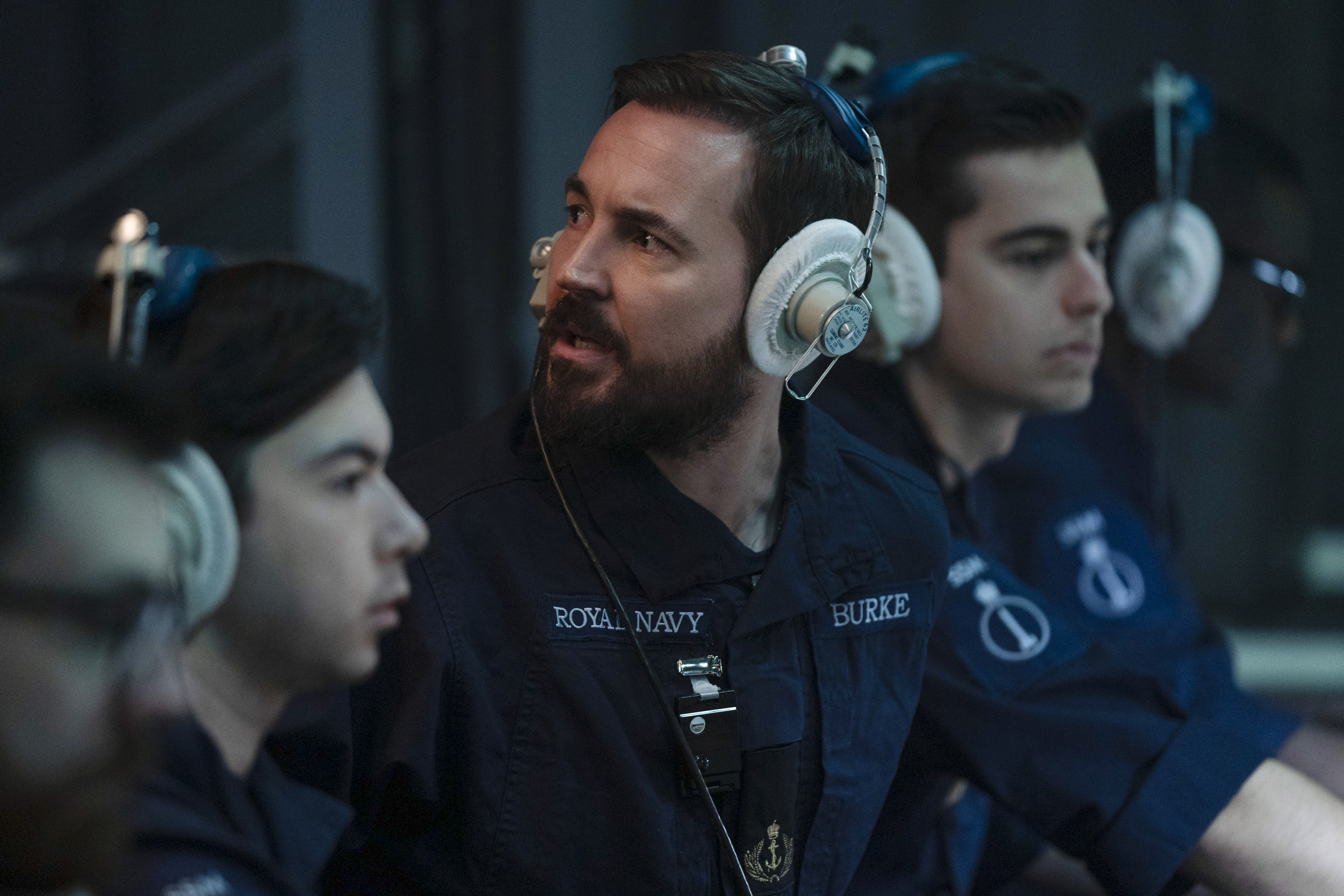 BBC1 wasting a really good cast and too much hype on Vigil (the deeper you go, the duller it gets).

And the prospect of Gemma Collins giving birth on live television.

Though I’m all in if Attenborough’s doing the commentary on National Geographic, ­obviously.

GIVEN all the money it’s spaffed on young comedians and travelogues, it must kill the BBC to know the masters of the art are two blokes with a combined age of 125 whose show has never even left the country

Furthest Mortimer and Whitehouse have ever got, on BBC2’s Gone Fishing, in fact, is North Uist, where Paul properly tore Bob a new one and called him a “F***ing moron”, on Sunday night, when excitement got the better of him and he lost a sea trout. 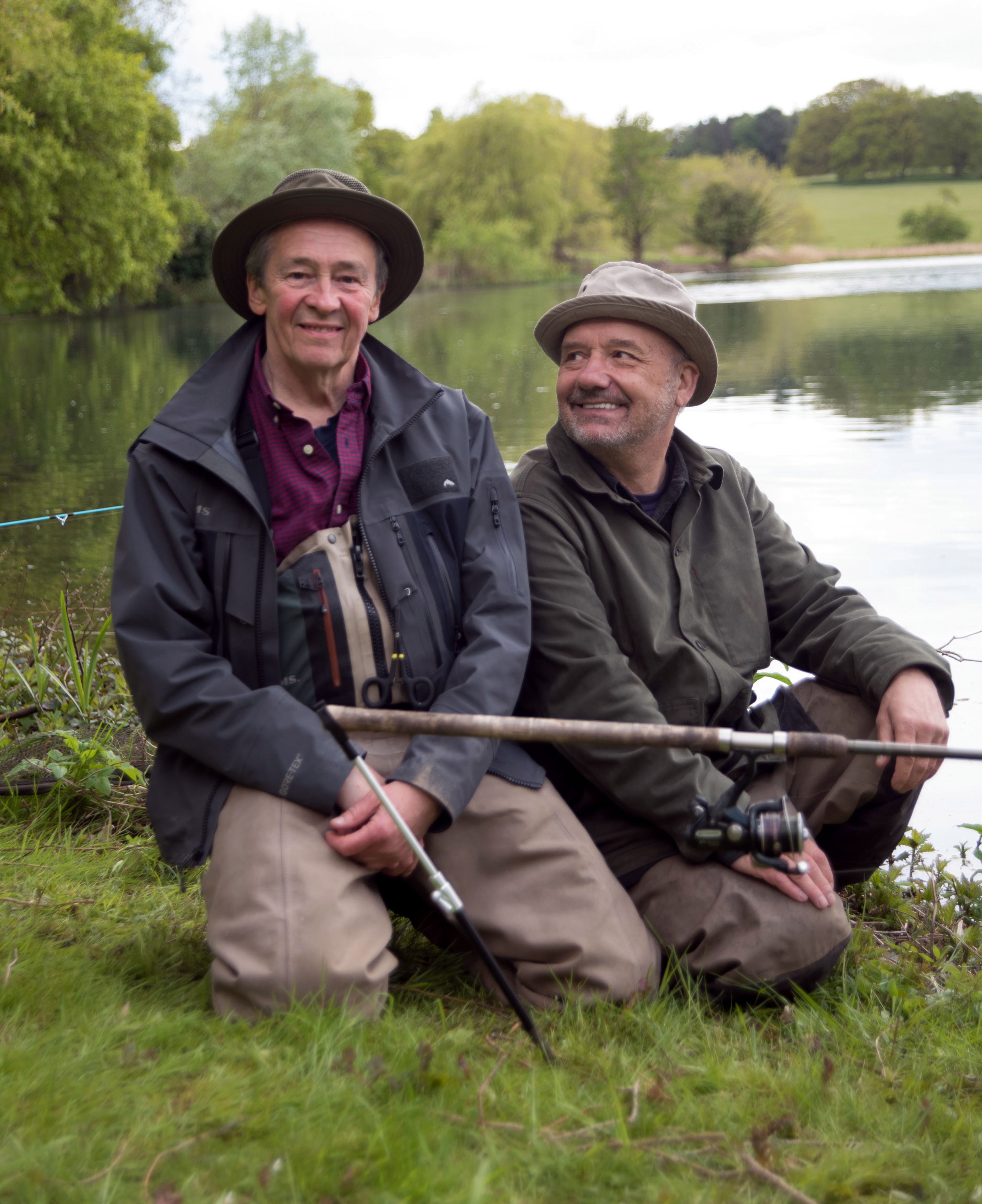 In all other respects, though, this is a partnership of comic equals who clearly adore each other and make the show sing because, unlike other members of their profession, Bob and Paul have understood the single most important thing about travelogues: You will never be as funny as Scotland is beautiful.

The result is an overwhelming and perfect silence broken only by the nagging suspicion BBC execs are already working out how they can ruin this show.

STEVE McManaman: “It was neither here nor there but it ended up there.”

John Fendley: “He’s hit every piece of metal apart from the net.” 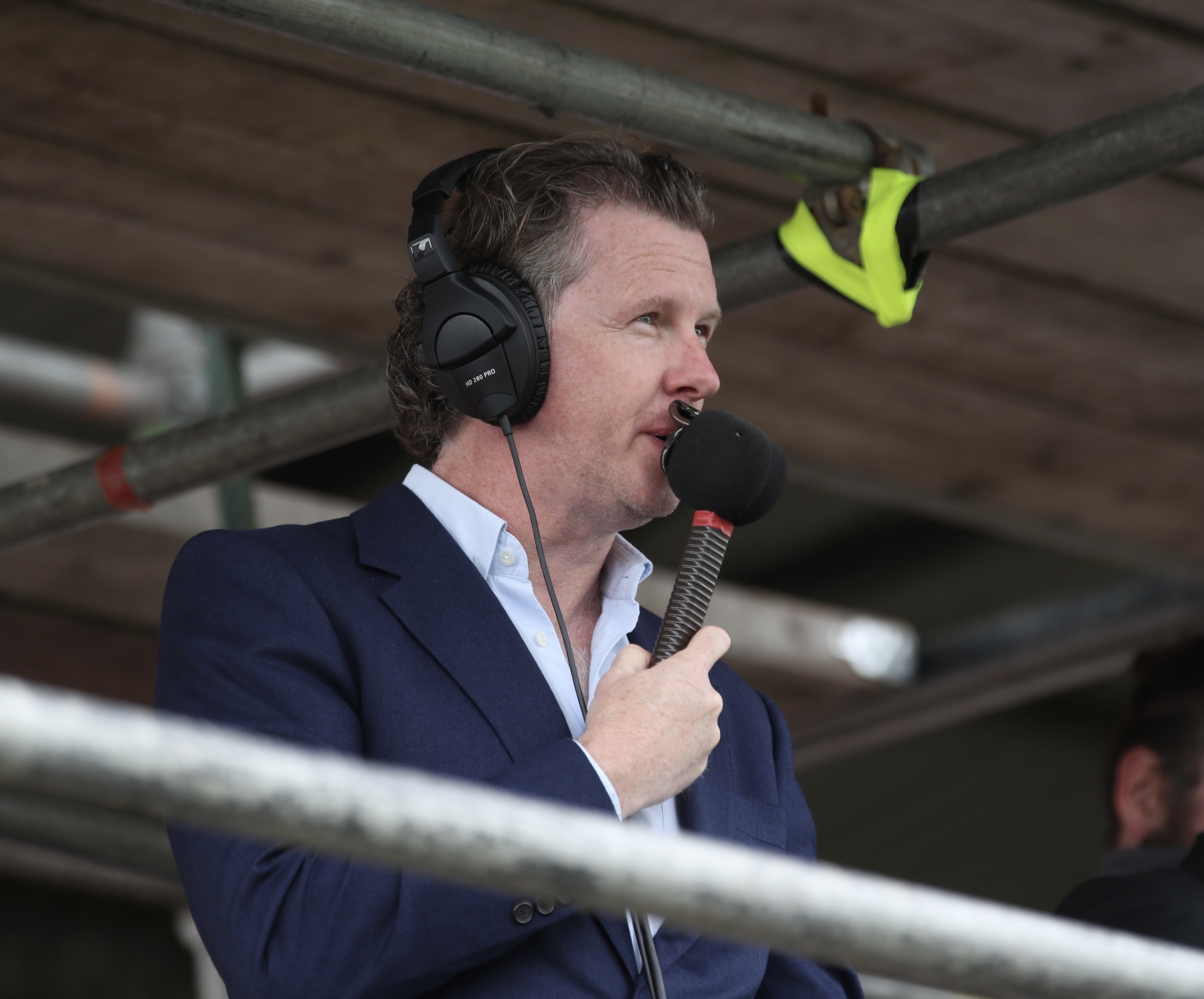 Joe Cole: “He was both too early and too late.”

THE Outer Hebrides at their most heartbreaking, on BBC2’s Mortimer & Whitehouse: Gone Fishing.

The undeniably touching sight of the host watching his life unfold on Parky At 50. 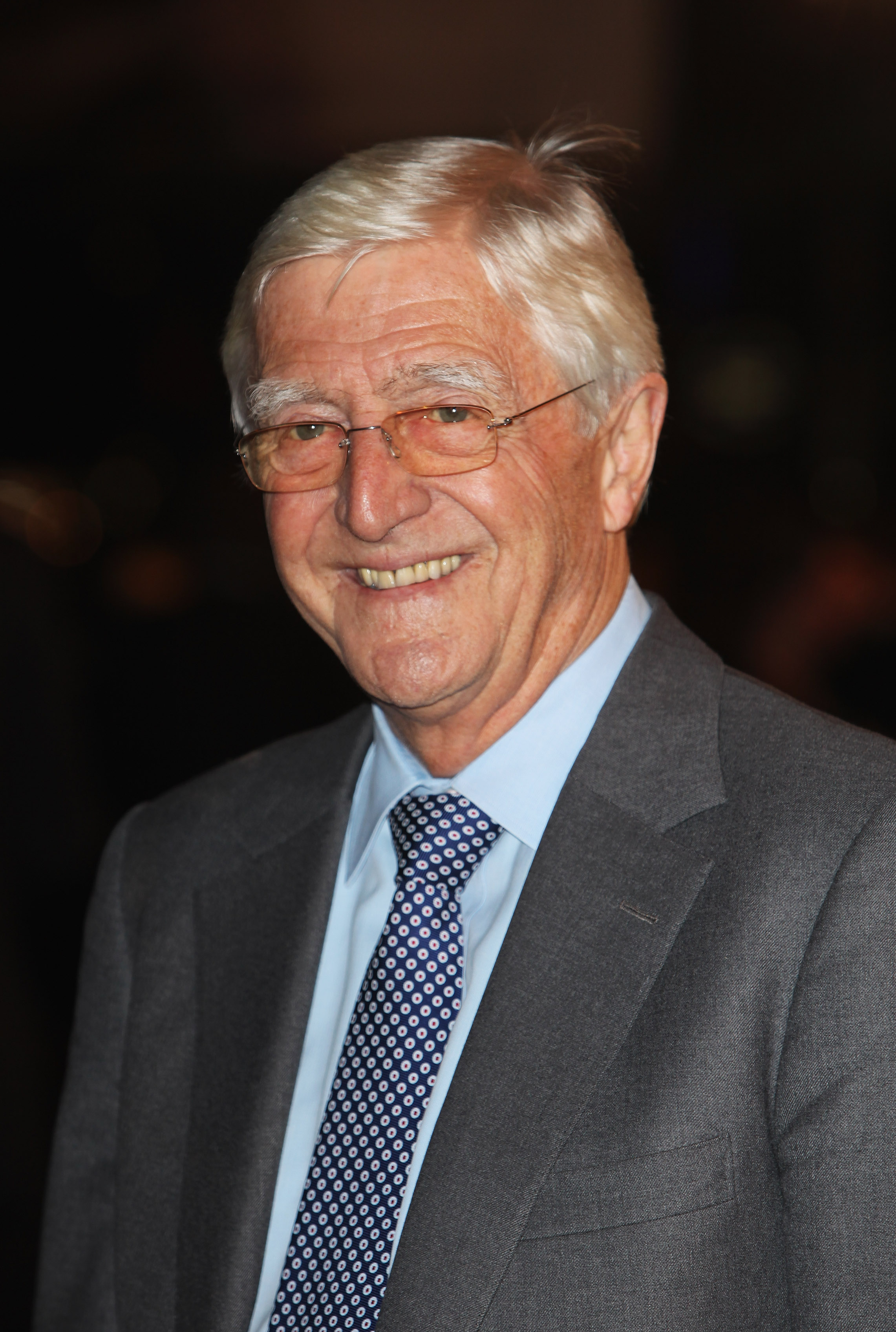 Sky Atlantic’s The White Lotus, which is the best show on TV.

And the deaf subtitle which accompanied Aled Davies’s recovery from the gas chamber on SAS: Who Dares Wins: “He belches resoundingly.”

GREAT TV lies and delusions of the week.

Married At First Sight UK, Nikita: “I think I made a good first impression. I think they all like me.” 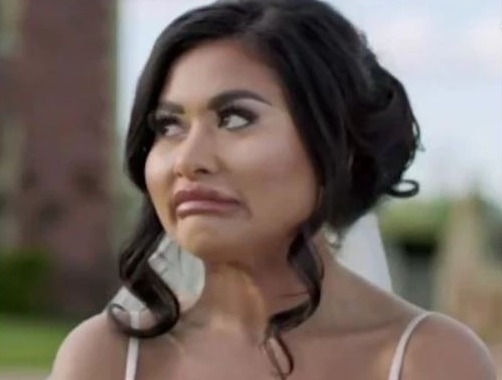 First Time Mum, Ferne McCann: “Spiritual healing is as important as going to the doctor.”

So next time you’re having a heart attack, rest a moon-stone on your energy centres to cleanse your chakras and let us know how you get on.

Lookalike of the week

THIS week’s winner is Chancellor Rishi Sunak and Gilbert Huph from The Incredibles.

Emailed in by Darren Trew. 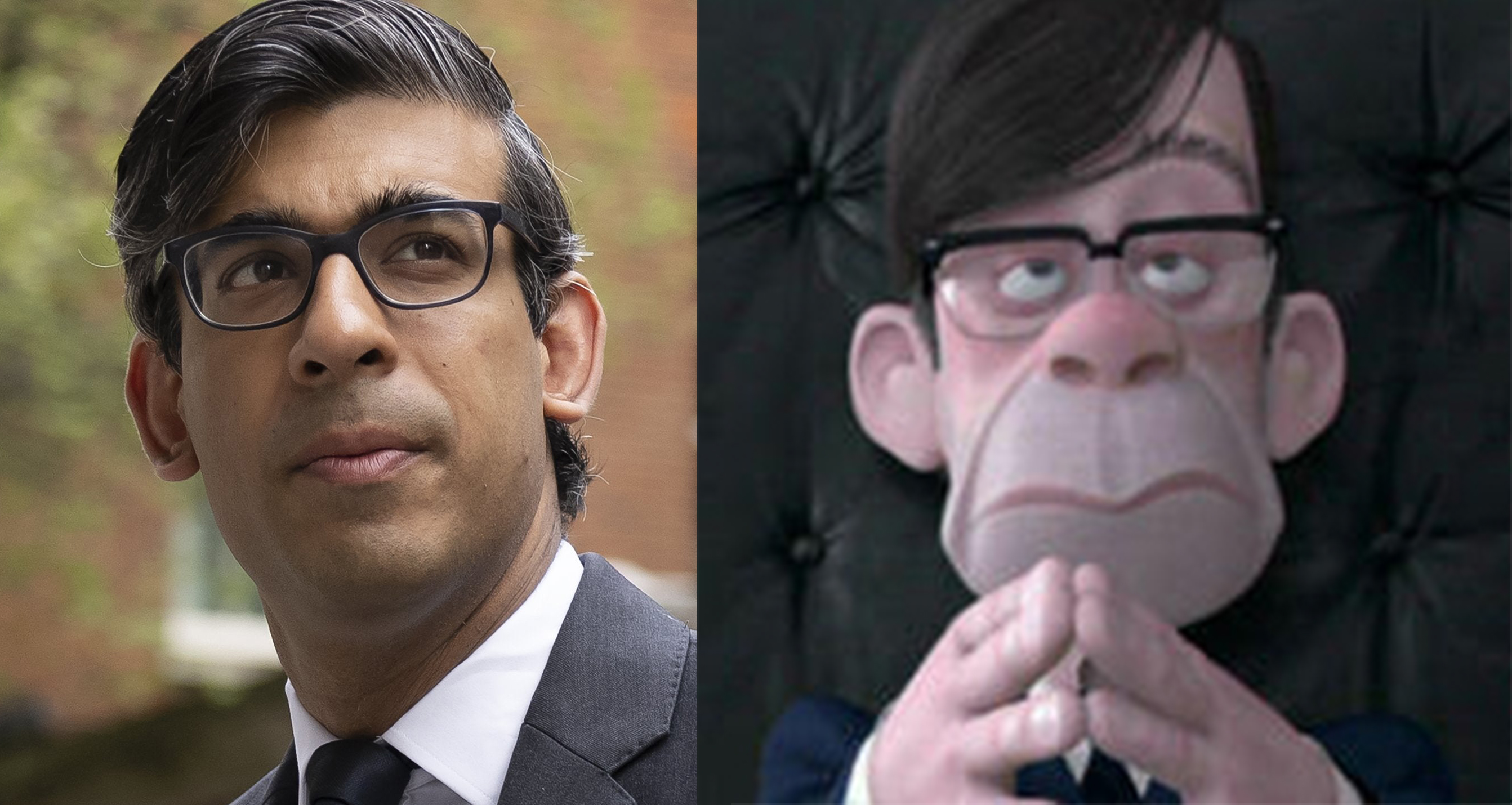