Heavy rain will persist overnight in England and Wales as a low-pressure weather front batters the country. Four yellow weather warnings for rain are in effect between Tuesday and Thursday. Northeast and central England will see “heavy prolonged rainfall” and is covered by a Met Office  weather warning from midnight tonight for 24 hours. Driving conditions may be “difficult” and road closures or travel detours could disrupt transport.

Homes and business are also being warned of a small chance of flooding and some roads being cut off.

The second one over Exmoor in place from midnight tonight until 9pm on Tuesday.

“Heavy and persistent rain over Exmoor may bring some transport disruption from flooding”, the Met Office said in the warning.

A third weather warning is in place for central and northeast England on Thursday from midnight until 12pm. 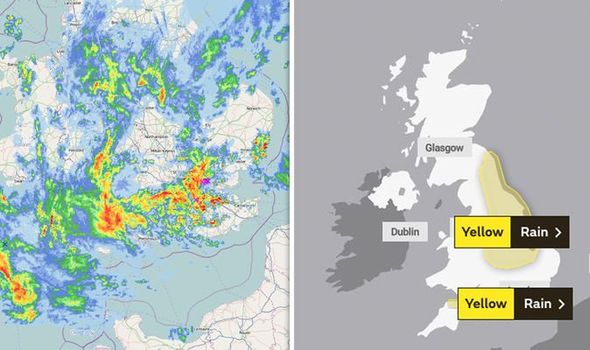 And further persistent rain will return the next day in the same area during the same period.

“Some of the worst of the rain is cleared from the southeast after what was a very wet night but we will see further showers developing here.

“And already you can see by mid-morning they’re pushing their way up from the southeast and they’ll continue to develop through the day.” 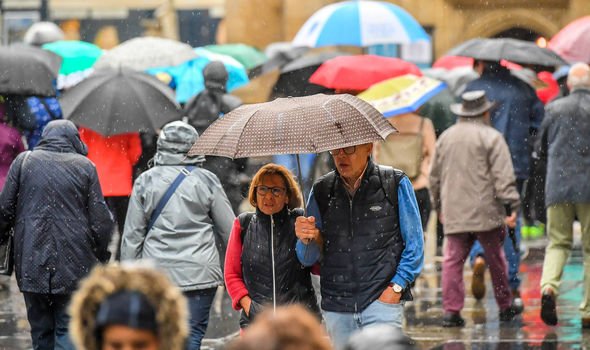 The weather forecaster said northern England would be the worst affected tomorrow.

Pointing to the region on a UK map, he said: “It is this zone really that we’ve got to watch out for because that’s where we’ve got the heavy and persistent rain just lasting right the way through the day so we could see further issues with flooding here and also some transport disruption.”

The UK is not the only country being subjected to a soggy start to the summer.

Europe is facing severe thunderstorms over the next few days because of humid conditions meeting low pressure. 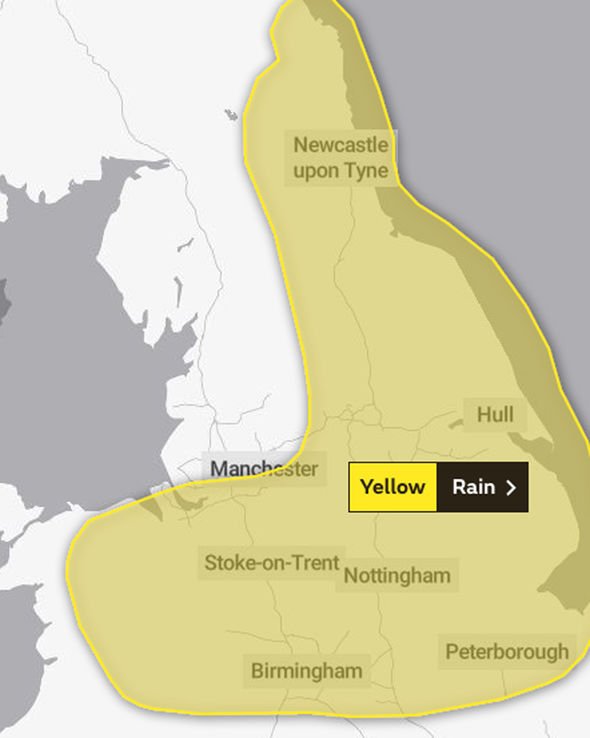 BBC meteorologist Nick Miller said: “We look to the southeast and we are going to see some storms here still perhaps affecting Romania but particularly Bulgaria and Turkey with a risk of flash flooding.

“Much of Italy away from the far north is looking dry through Spain and Portugal.

“There’s some sunshine to be had if it’s not particularly warm here.

“Some downpours towards the Pyrenees and into Barcelona as well.”