Britain has been gripped by persistent low-pressure systems since the start of the month, with Wales and northern parts of England bearing the brunt of heavy rainfall and stormy conditions. NetWeather has issued a thunderstorm warning for tonight until 6am tomorrow morning as low pressure drifts in.

Nick Finnis, NetWeather forecaster said there will be scattered thunderstorms among numerous showers circulating across Wales and England.

He added: “Heavier showers and any thunderstorms may produce small hail, localised flooding where they organise and locally strong wind gusts.

“Breeze convergence towards low centre tracking east across Wales then Midlands to Lincs may allow strong convective updrafts to rotate and produce funnel clouds or even a brief weak tornado.”

NetWeather’s thunderstorm outlook reveals there is a 30 percent chance of thunderstorms across southern England and Yorkshire. 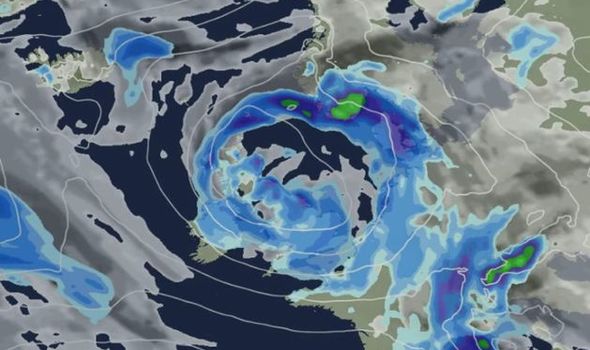 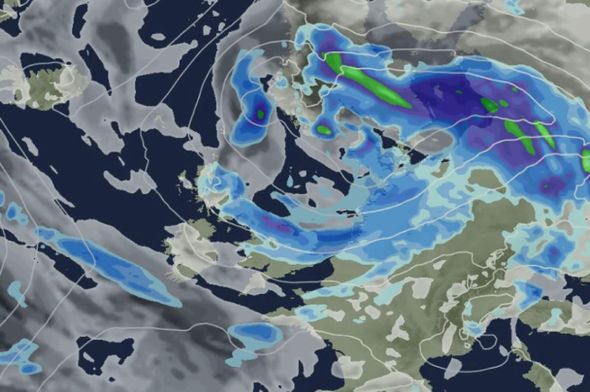 Other parts of the country including Wales and northern England have a 10 percent chance of thunderstorms.

Veteran Weather forecaster Michael Fish said that low pressure from the Atlantic which centres on the UK could also “give gales of up to 70mph” at the start of this week on Monday.

However, Netweather’s wind speed data says most parts of the UK will only see between 20 and 35mph winds.

In his Netweather forecast for this week, Mr Fish added: “Temperatures are still on the cool side and it will stay that way until Thursday. 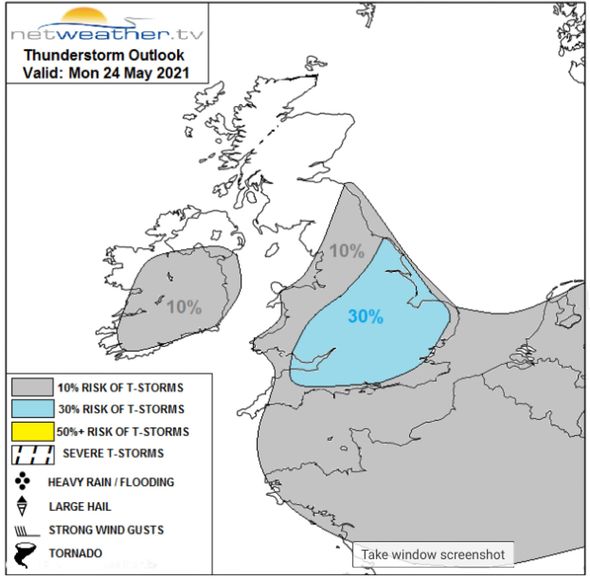 “Monday will be a windy day in the West and South, showers will be heavy in places although it will be sunny in places as well.

“On Tuesday, there will still be some showers during the course of the night in the North and East.

“Winds will slowly ease and there will be some sunny intervals developing but that will tend to trigger more showers particularly in the North and East.

“On Wednesday, the last of the showers will clear with dry and sunny spells although more showers will break out in Eastern parts of the country in the afternoon. 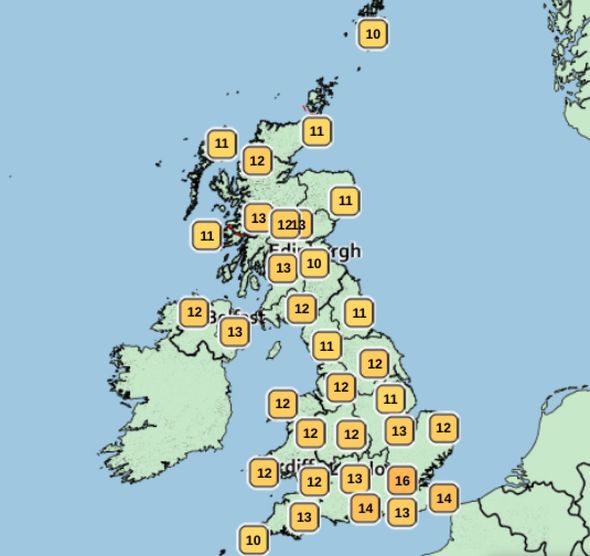 “I’m still promising you unsettled and unseasoned conditions with a hint that perhaps there could be some warmer weather next weekend.”

Met Office forecaster Dan Stroud said there was a risk of thunder and hail in the south before the weather starts to improve tonight and tomorrow.

Mr Stroud added: “The story for today [Monday] is those showers being fairly frequent, with a risk of hail and thunder in the south and the trend tomorrow will be showers.” 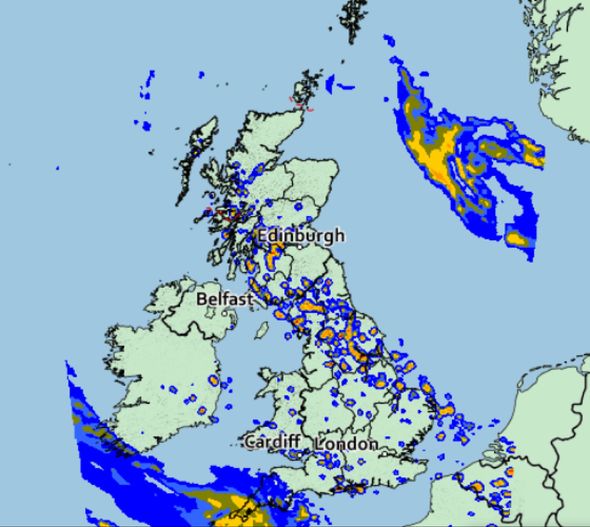 It comes as the Met Office said that up to Saturday the UK had seen 109.3mm of rainfall – 157 percent of the long-term average for May.

This makes it the 10th wettest May on record, according to Met Office figures.

In Wales 200.7mm of rain has fallen – double the monthly average – making it the wettest May in records dating back to 1862.