LONDON/BRUSSELS (Reuters) – Britain and the European Union clashed on Thursday over the chances of securing a free trade agreement, with Brussels deeming it “unlikely” but London holding out hope one could be reached in September. 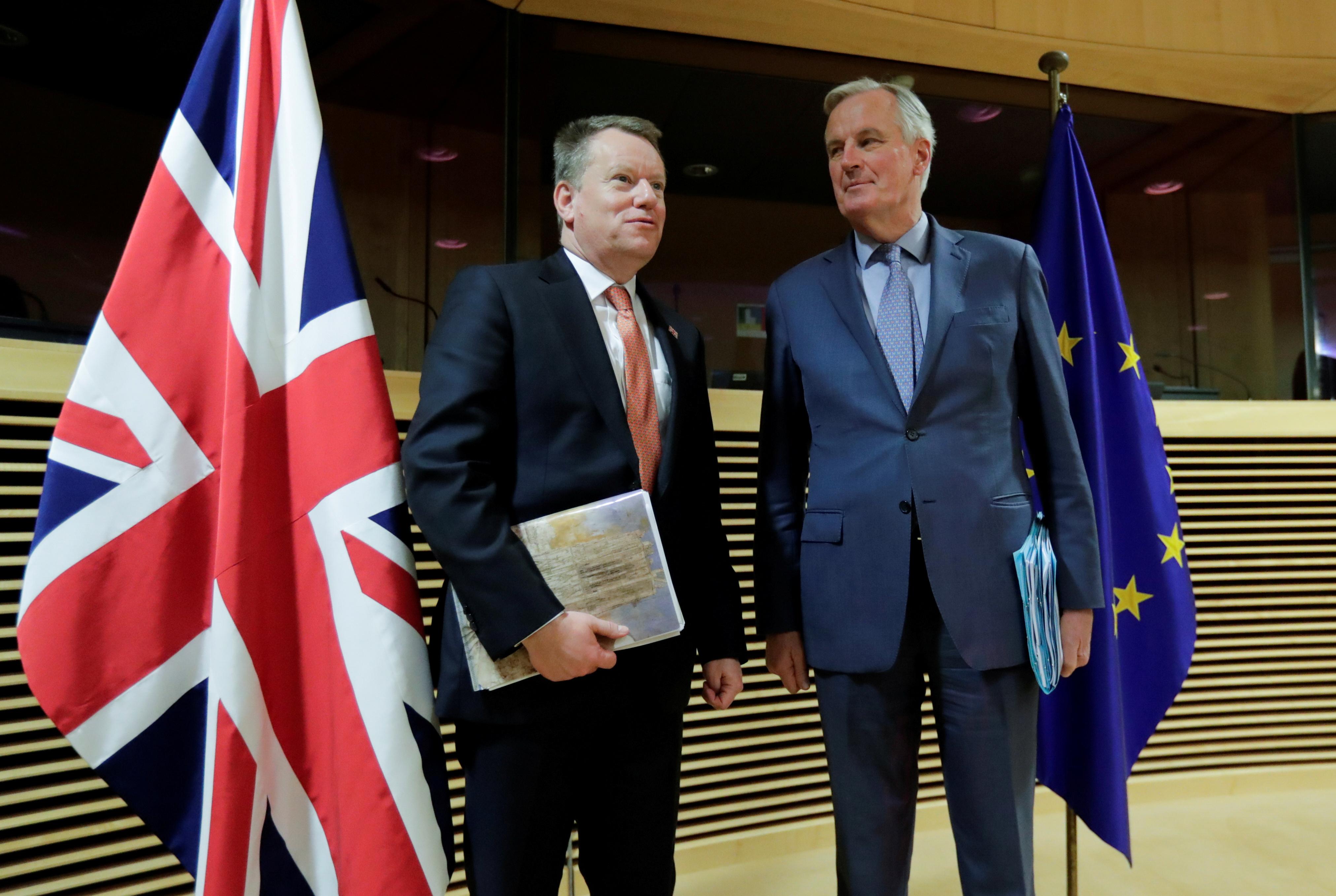 Since Britain left the bloc in January, talks on the trade agreement and other future ties have all but stalled, with each side accusing the other of failing to compromise before a transition period runs out at the end of this year.

Those accusations grew louder after the latest round, with the EU’s negotiator Michel Barnier saying London had shown no willingness to break the deadlock and his British counterpart David Frost describing the bloc’s proposals as failing to meet the government’s demand to be treated as an independent country.

But both sides agreed on one thing: there had been no movement on the main stumbling blocks to a deal on fair competition guarantees – the so-called level playing field – or on fisheries.

Without a deal to govern future trade flows, some companies fear costly disruption and confusion at the border from next year, which would hit at a time when many are already struggling with the impact of the coronavirus crisis.

“By its current refusal to commit to conditions of open and fair competition and to a balanced agreement on fisheries, the UK makes a trade agreement – at this point – unlikely,” Barnier told a news conference after the face to face talks in London.

“The time for answers is quickly running out,” he said. “If we do not reach an agreement on our future partnership, there will be more friction.”

Frost was equally blunt, saying “considerable gaps” remained but he added: “Despite all the difficulties, on the basis of the work we have done in July, my assessment is that agreement can still be reached in September, and that we should continue to negotiate with this aim in mind.”

Senior EU officials say they only expect possible breakthroughs by the end of August or in September, but some have also expressed concerns that British Prime Minister Boris Johnson might go for a no-deal split.

Both sides say they want to secure a trade deal before the end of the status-quo transition, and while being unable to breach the gap in positions on fisheries and competition, both Barnier and Frost noted some progress in other areas.

“Looking forward, there are large areas of convergence in many of the areas on which we are negotiating and ample precedents and texts on which we can base our work,” said Frost.

Barnier also noted some progress this week on how to settle any future disputes over a new EU-UK agreement, an element he has regularly mentioned as another key stumbling block.

But he added that the EU would not seal an agreement that would damage its fishing industry and that the sides were still “far away” from each other with only a few weeks left to go.

Both negotiators seemed to agree a deal could be reached but only if the other side budged. One senior UK official described the negotiations as being equally close to a breakthrough or a breakdown.

“Obviously we must prepare for every outcome and it is possible that we won’t reach an agreement, but we’re going to work very energetically to try to do so,” Frost said.