ANOTHER 6,968 people have tested positive for coronavirus overnight – as the total number of infections reaches 467,146.

And 66 more people have lost their life to the deadly bug in the UK. 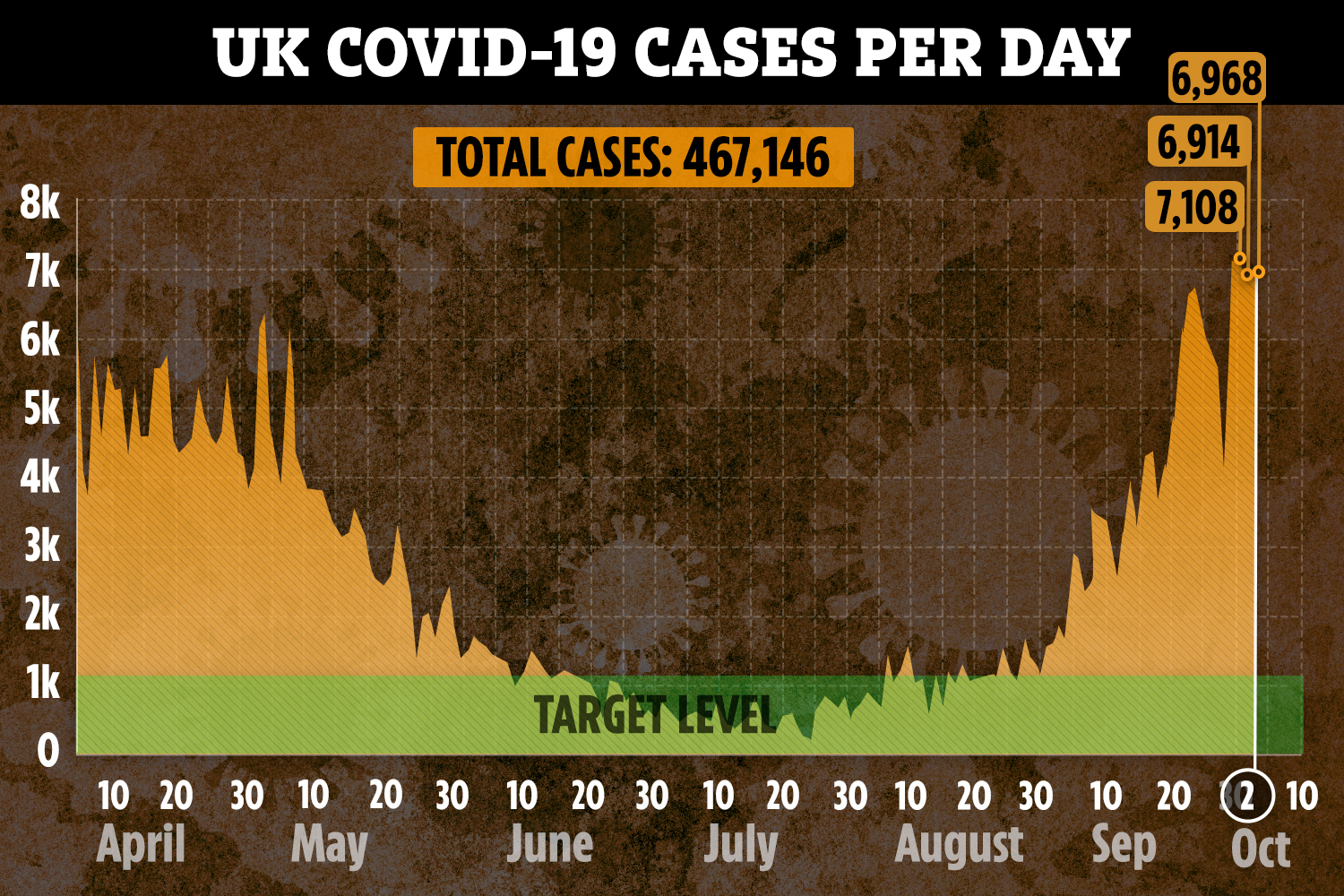 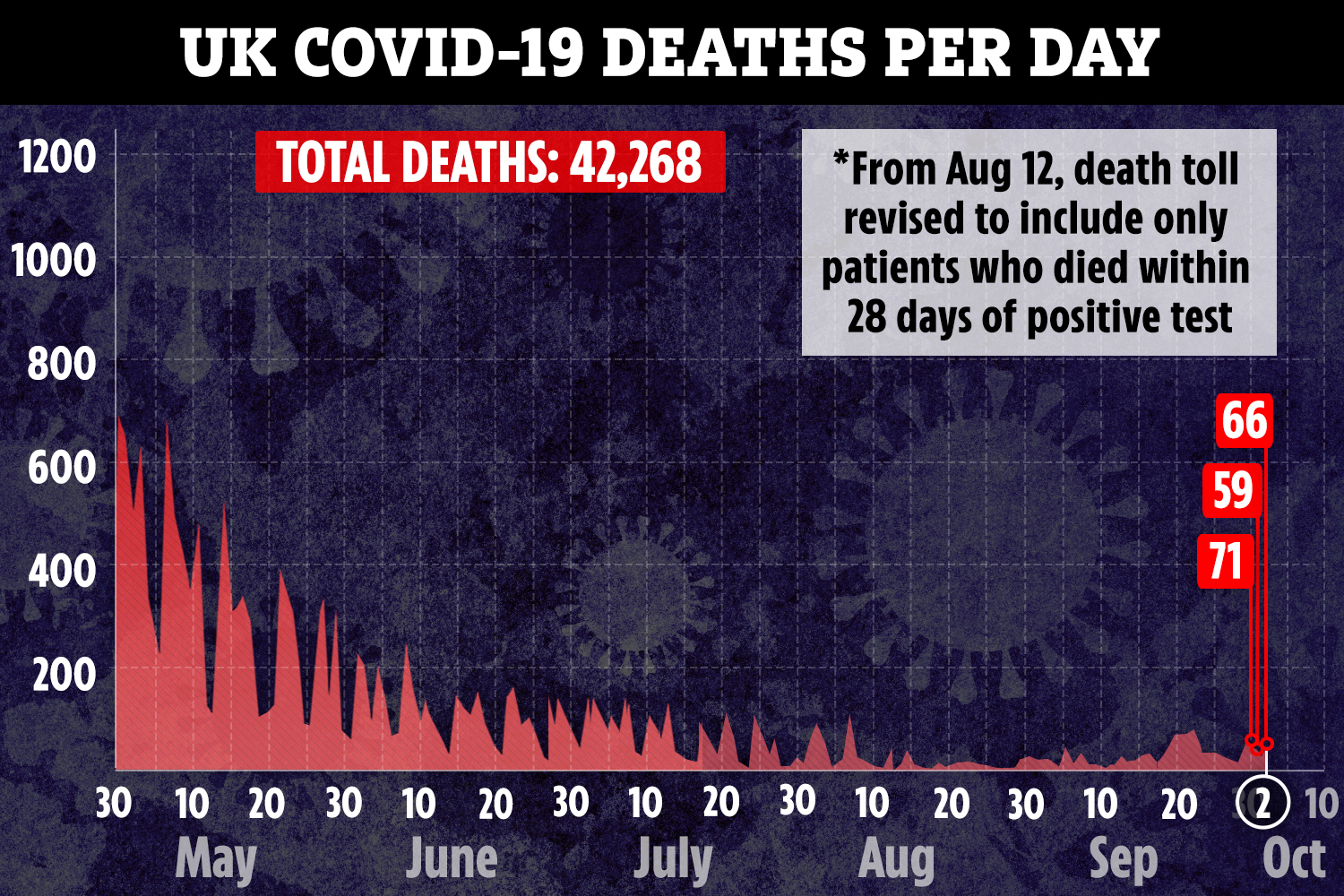 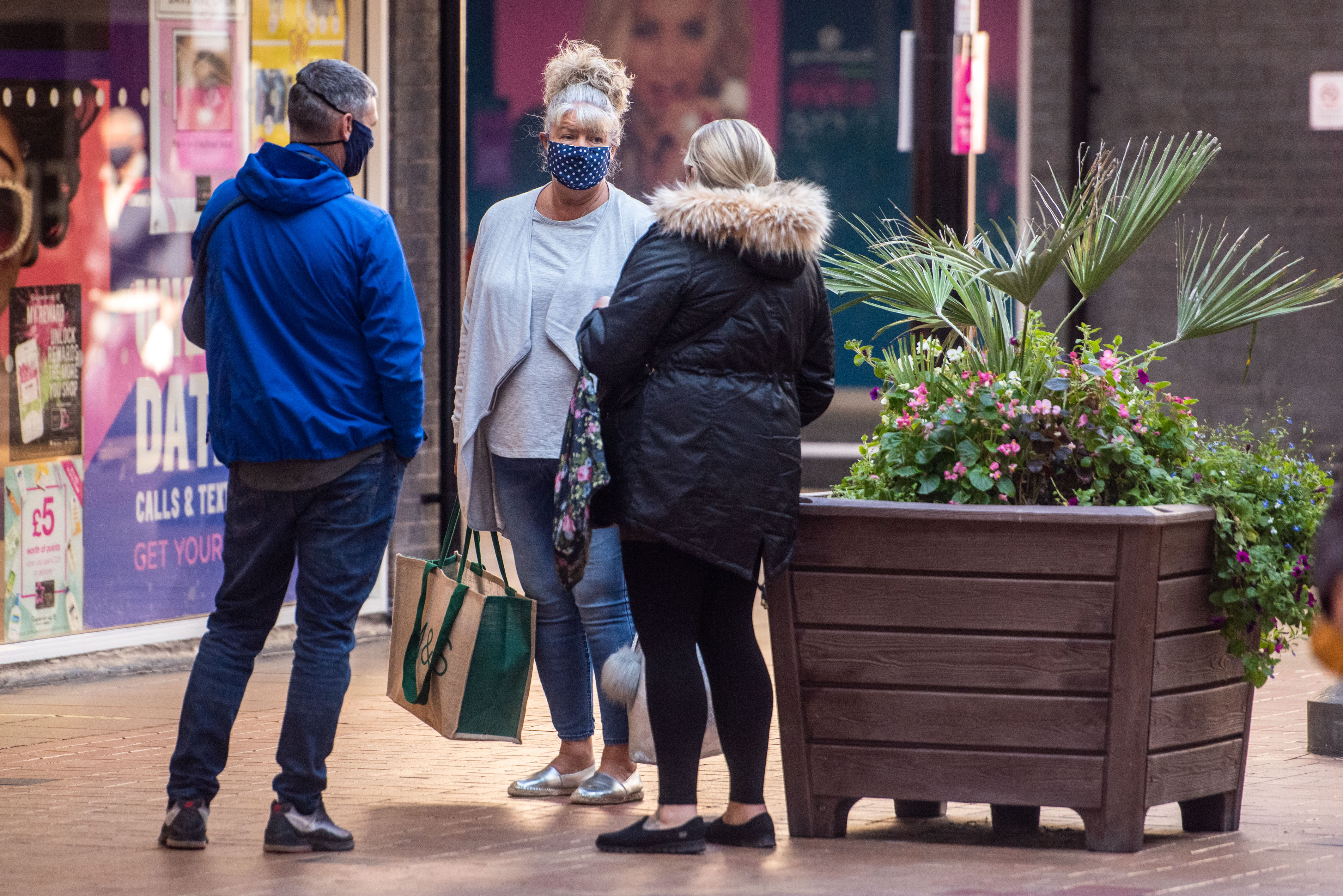 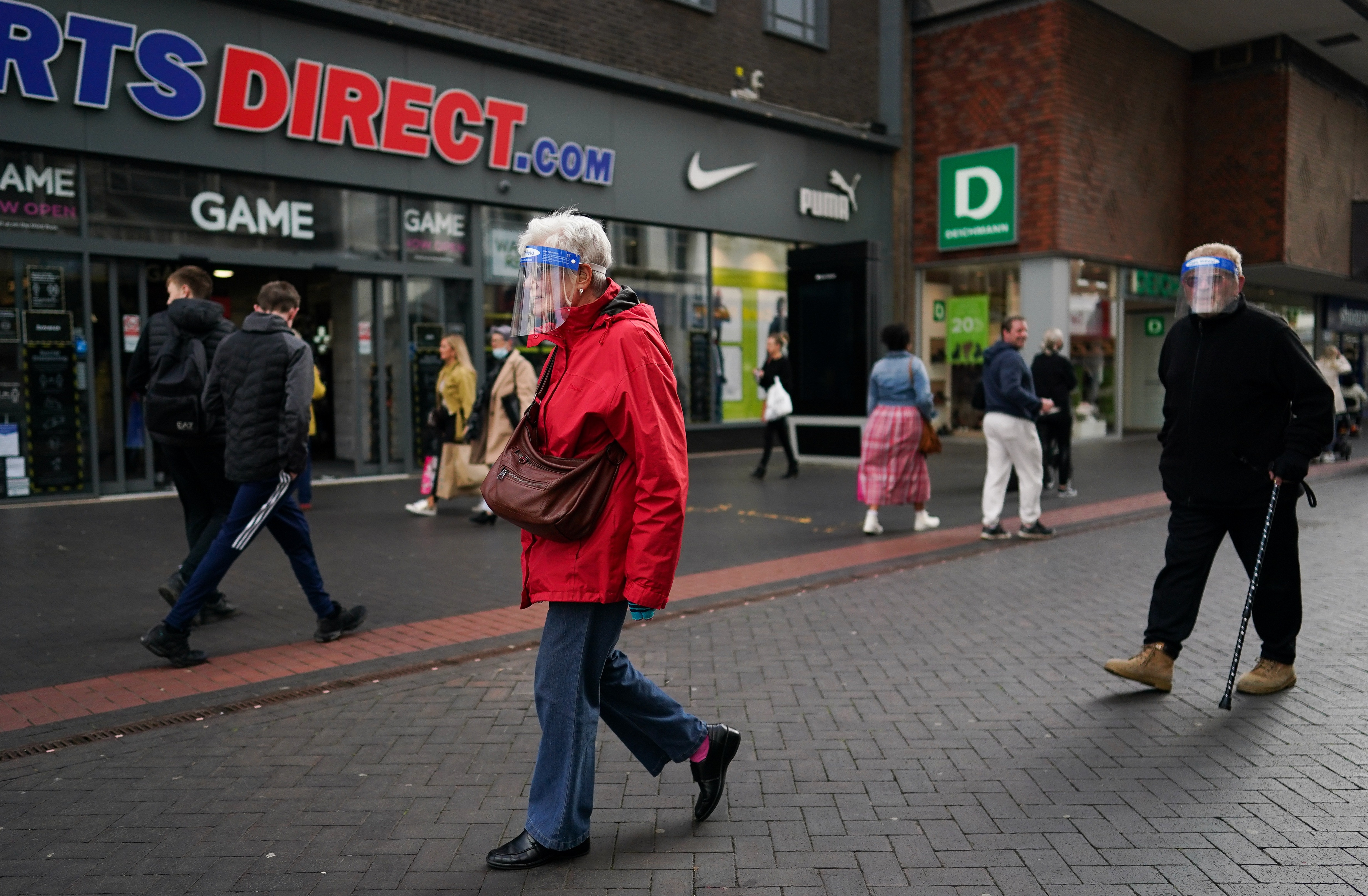 Yesterday, 6,914 new cases were recorded – a slight drop on the previous two days, when more than 7,000 people tested positive.

Another 47 people died in hospitals in England.

Patients were aged between 51 and 97.

All of those who died – except two people aged 59 and 92 – had known underlying health conditions.

In Wales, three more people lost their lives, and 462 people were diagnosed with the deadly bug.

It's the biggest daily increase in positive cases of Covid-19 recorded in Wales.

In Scotland, four more have died and 775 new cases were reported.

It's also been revealed that one in three Brits is now living with strict lockdown rules.

And the coronavirus R rate has gone up again across the country – and could now be as high as 1.6, experts say.

Government scientists say the epidemic is continuing to grow with the Covid-19 reproduction rate now somewhere between 1.3 and 1.6.

The R rate this week is the highest level since before the country was locked down back in March.

Despite that, new infections are "starting to level off", data from the Office for National Statistics (ONS) has revealed.

On average this week, there were around 8,400 cases a day of the virus in private households.

That's down from the previous week, when England recorded 9,600 new infections per day on average. 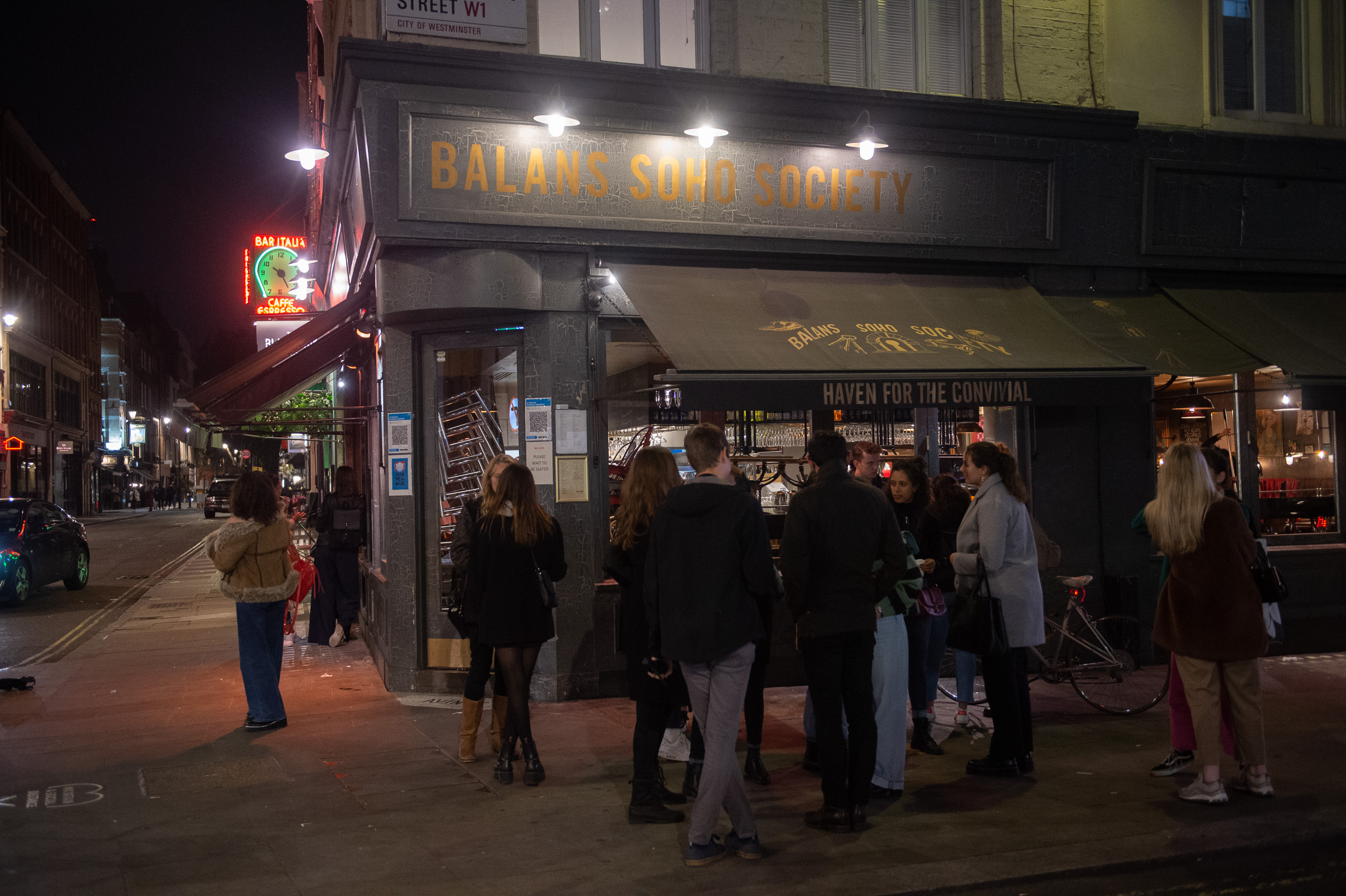 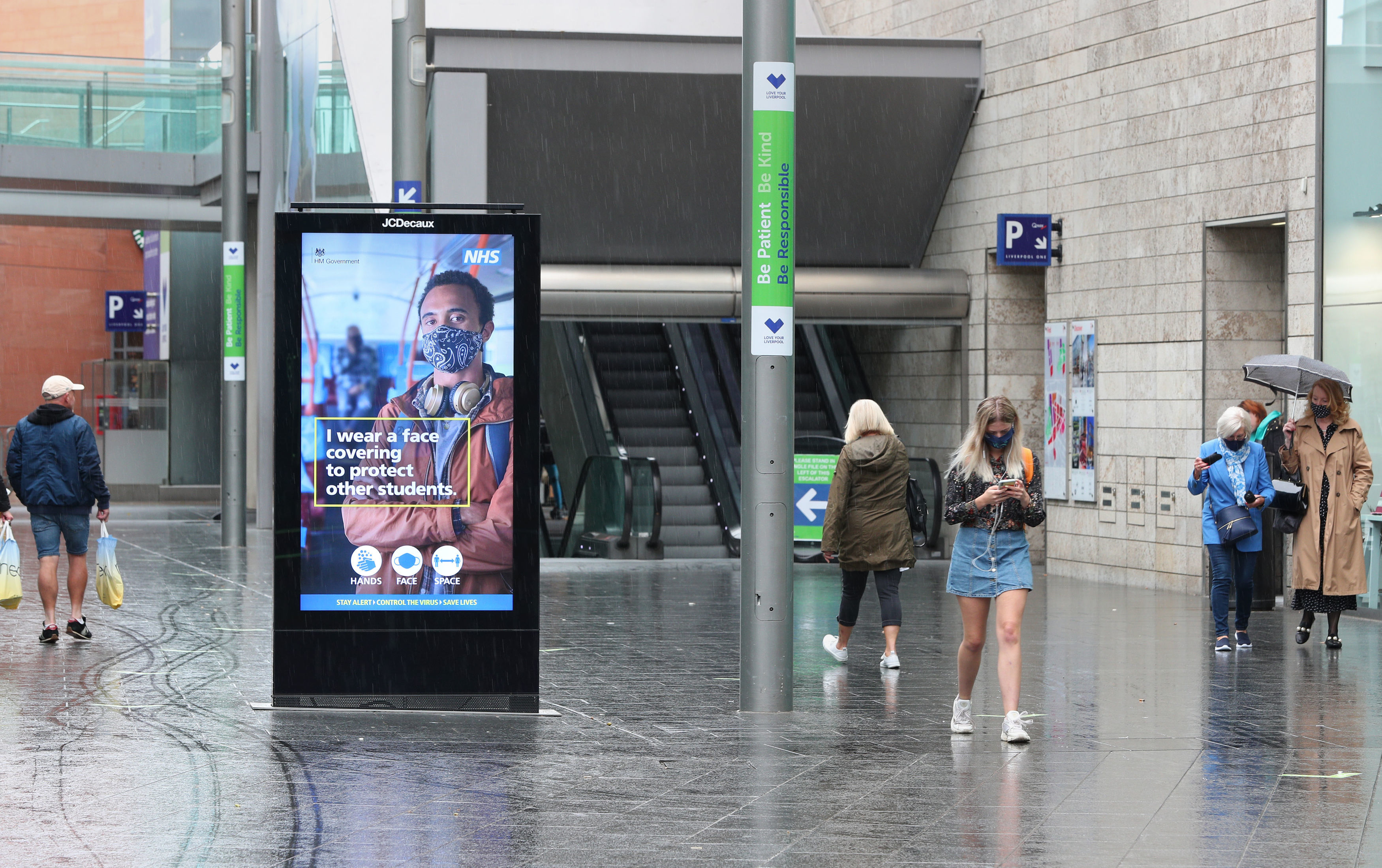 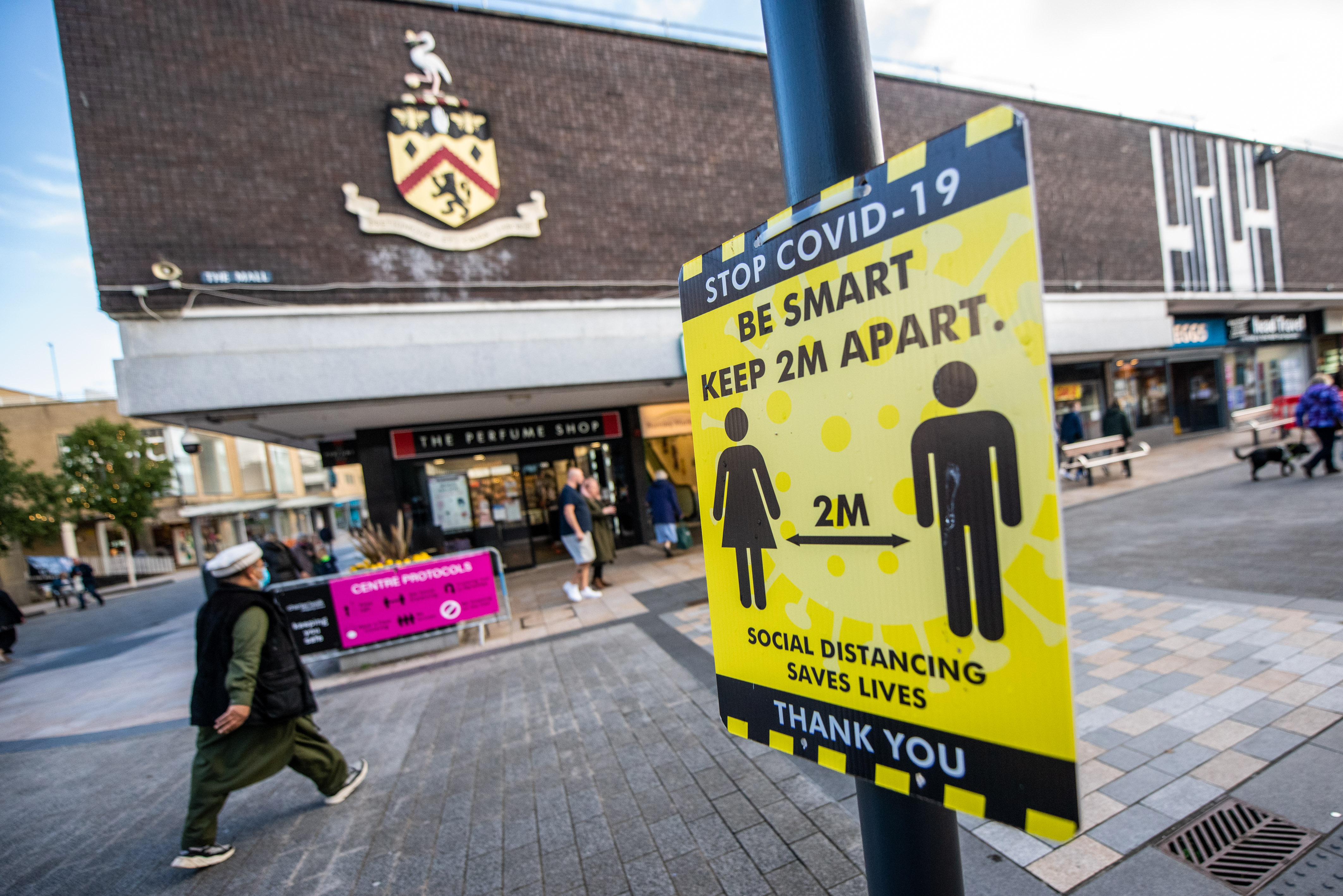 Restrictions such as the rule of six and a broader use of face masks and coverings have been in place across the UK for several weeks now.

But Health Secretary Matt Hancock has warned of "hundreds of thousands" more Brit deaths if coronavirus is allowed to "rip" through the country again.

It came after Tory Philip Davies urged Mr Hancock to "start acting like a Conservative" and stop presiding over a "nanny state".

But Mr Hancock replied: "I just think that the hundreds of thousands of deaths that would follow is not a price that anyone should pay."

Meanwhile, the UK's surging virus cases are worse in the North and Scotland because of colder temperatures and less sunlight, experts believe.

The UK's top scientists have highlighted statistics showing how the north has seen a "heavy concentration" of the virus compared to the south.

The latest data appears to show a link between the weather and the current Covid-19 outbreaks.

For example, Manchester – the centre of the spiralling cases in August – experienced twice as much rainfall compared to London – where cases remained relatively low towards the end of the summer. 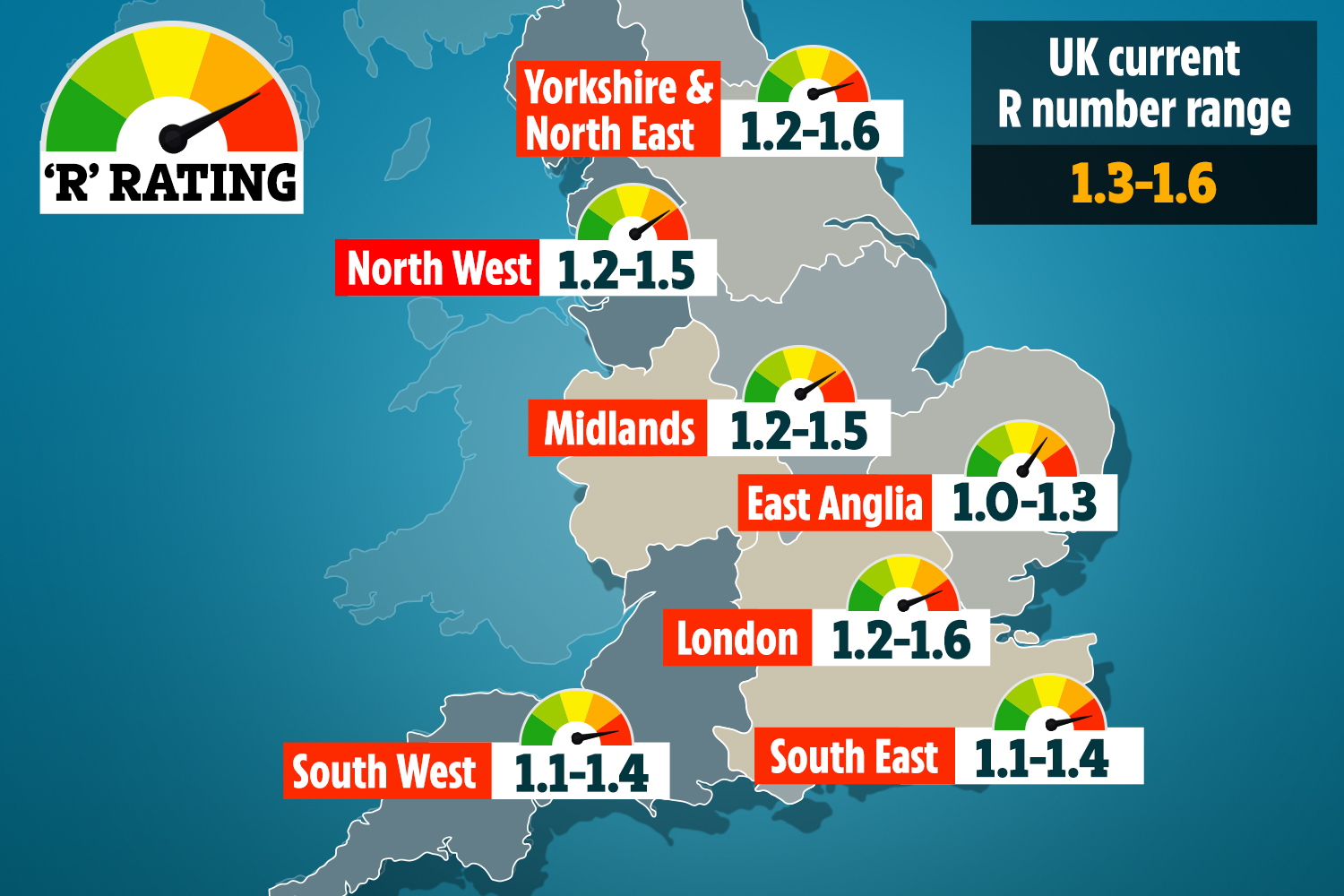