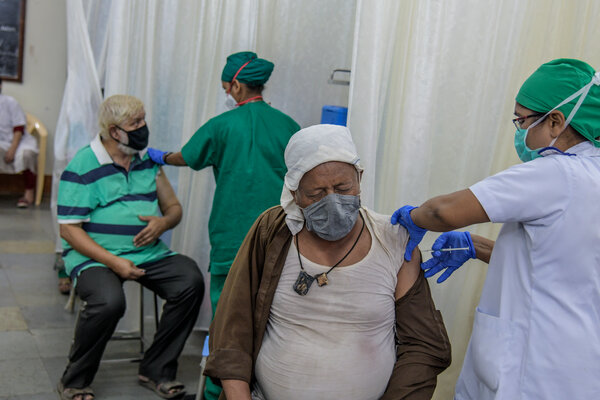 Under pressure from vaccine makers in India who say they need supplies to combat a surge in coronavirus cases, the Biden administration said on Sunday that it had partially lifted a ban against the export of raw materials needed to make vaccines.

“The United States has identified sources of specific raw material urgently required for Indian manufacture of the Covishield vaccine that will immediately be made available for India,” Emily Horne, a spokeswoman for the national security counsel, said in a statement on Sunday. Covishield is the India-produced version of the AstraZeneca-Oxford vaccine.

The announcement came after Jake Sullivan, President Biden’s national security adviser, held a call earlier in the day with Ajit Doval, his counterpart in India, and a day after the Indian government reported more than 346,000 new infections, a world record. Government officials in India say they are running desperately low on supplies, including oxygen and protective gear. A new variant, B.1.617, is thought to be at least partly the cause of the catastrophic rise in cases.