TWO people remain seriously hurt in hospital after they were hit by a car outside a nightclub in Rhondda, south Wales.

Police arrested a 30-year-old man at the scene following the collision at around 1.35am this morning outside The Banc night club in Pentre. 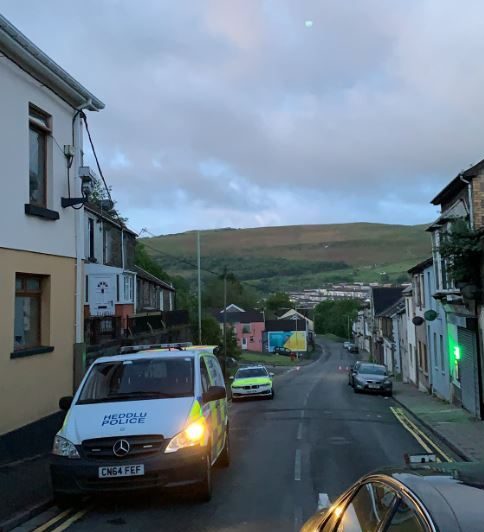 The road was closed for several hours while an investigation was carried out.

Police said the victims were mowed down by a white Citroen Berlingo and have appealed for witnesses to come forward.

A spokesman for South Wales Police said: "We're appealing for witnesses following a road traffic collision that occurred at approximately 1.35am [today] outside The Banc night club on Llewellyn Street, Pentre.

"A white coloured Citroen Berlingo vehicle collided with two pedestrians, both of whom are being treated at hospital, having received serious injuries. A 30 year old male driver was arrested at scene.

"The carriageway was closed for several hours whilst investigation work was carried out, and officers wish to thank members of the local community for their patience and understanding during the road closure.