Two people were slashed at Manhattan’s Union Square subway station in the latest attack on the city’s transit system, which has gone up 41 percent since last year.

Police said an unidentified suspect cut a woman, 28, in the face and slashed a man repeatedly in the head after he rushed to help her by the L-train platform on Tuesday night at 10:30pm, ABC reports.

The suspect then fled the bloody scene. No arrests has been made yet.

The victims were taken to the Bellevue Hospital and were reported to be in stable condition.

The slashings come after a two people were struck by trains within hours of each other on Sunday, with tensions rising as violent crime soars in the Big Apple. 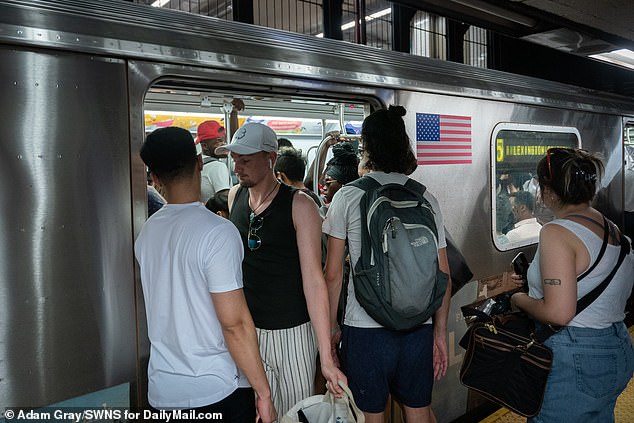 Police report that the suspect of Tuesday’s slashing appeared to be homeless, described as 6’5″ tall and wearing all black.

Officials said it wasn’t immediately clear if the attack was random or if it was caused by a dispute.

Just half-an-hour prior to the attack, the NYPD reported that another man was stabbed at the nearby Herald Square platform.

In that incident, police said two men got into a fight on the train, with one stabbing the other in the abdomen.

Police believe the two stabbing incidents are not related. No arrest has been made for the second stabbing, either.

This is a developing story.