TWO huge great white sharks were spotted off the coast of Cape Cod beaches, just days after a woman was killed while swimming in the ocean in Maine.

The Massachusetts State Police shared video footage Monday of one of the massive sharks that was spotted near the coast over the weekend. 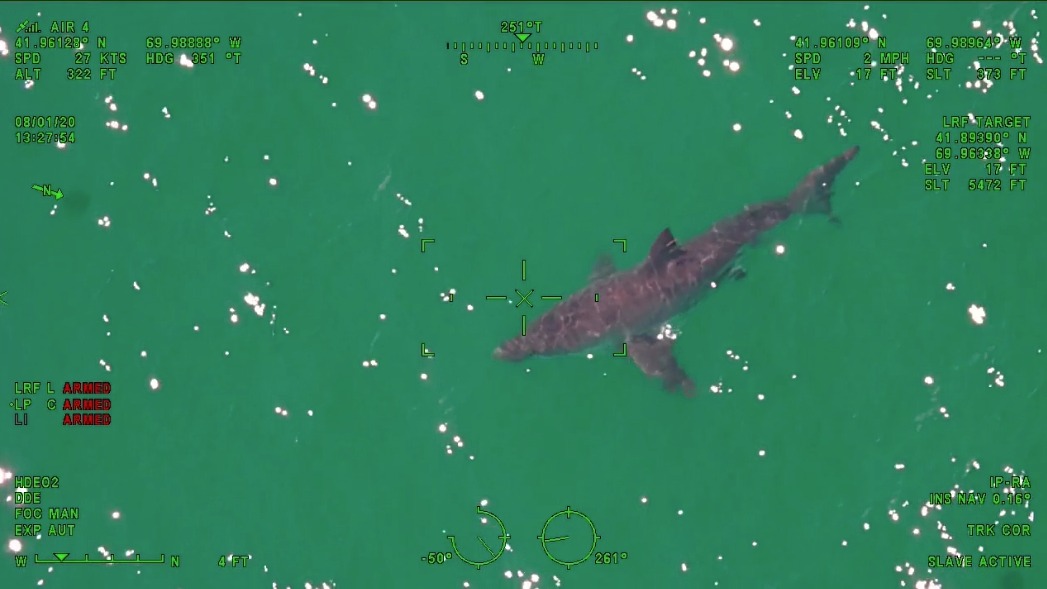 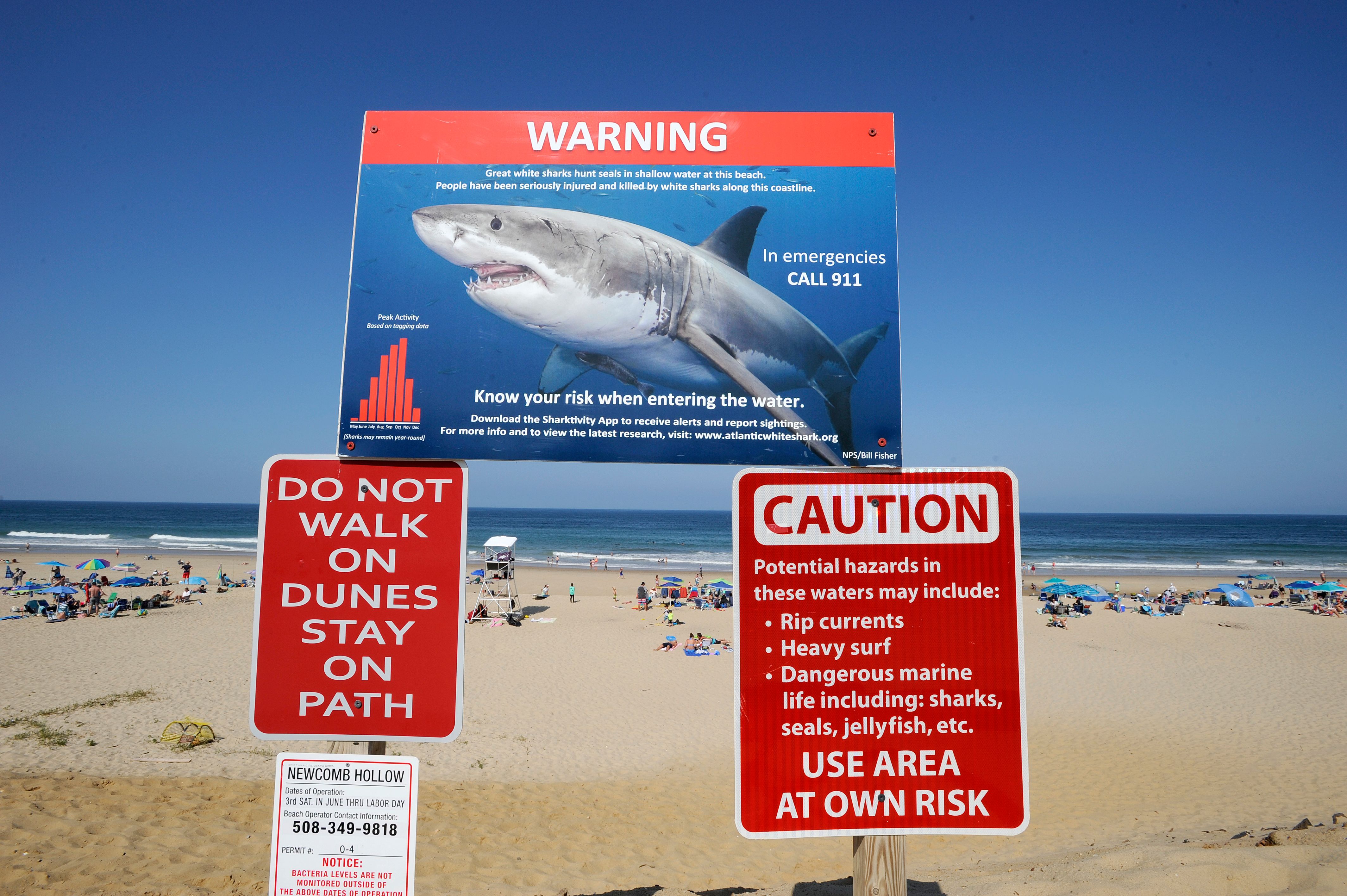 The State Police Air Wing monitors the waters off Cape Cod every summer to detect shark activity in the vicinity where beachgoers may be swimming.

"On Saturday, in the early afternoon, the crew of MSP helicopter Air 4 observed two Great Whites about 50 yards off shore at Newcomb Hollow Beach in Wellfleet," police said.

Swimmers had already been ordered out of the water by the time the crew alerted local police because of an earlier sighting Saturday morning, police said. 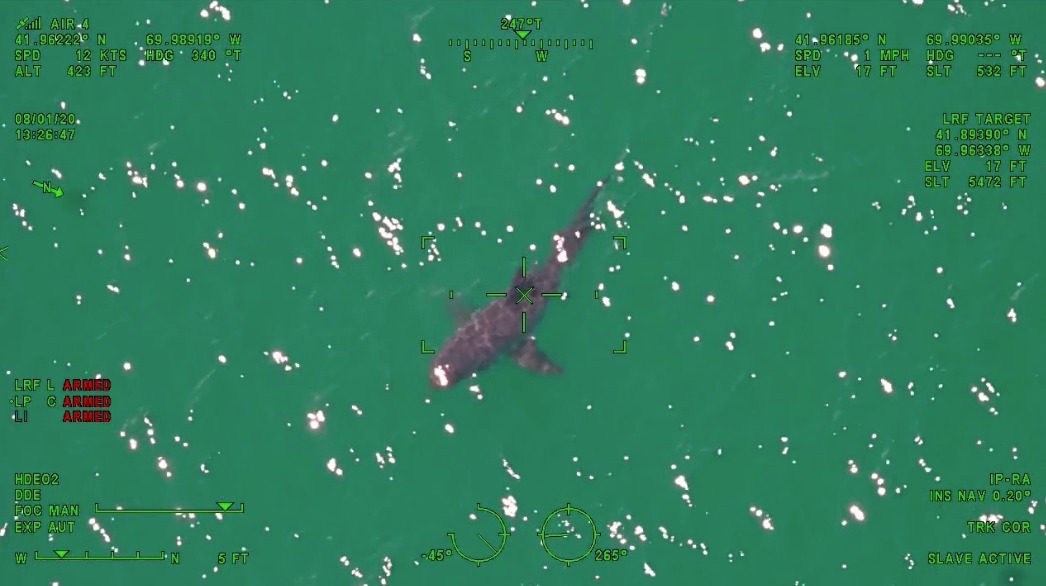 However, the additional confirmed sightings extended the order to stay out of the water.

Video shared by the police shows one of the great whites, estimated to be about 10 feet long.

The sightings comes shortly after a New York City woman, Julie Dimperio Holowach, was killed by a great white while swimming just yards off of Maine's Bailey Island.

Holowach was wearing a wet-suit when the predator attacked her, and experts have suggested that the shark may have pulled her under water, mistaking her for a seal.

Officials called the attack "highly unusal" and did not close beaches.

Holowach's death is the first recorded fatal shark attack in the state of Maine.