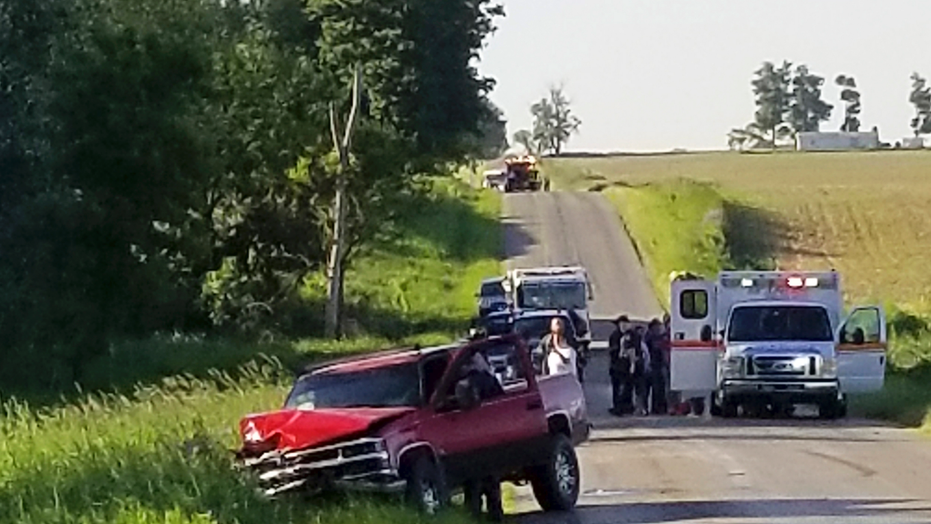 Two children were killed and two others critically injured when an allegedly intoxicated driver crashed into an Amish horse-drawn buggy in southern Michigan, police said.

Michigan State Police Sgt. Todd Price told ABC News the driver, who has not been publicly identified at this time, was driving a pick-up truck when they rear-ended the buggy carrying two adults and five children on Friday. The incident occurred alongside a highway in Marshall, according to the news outlet.

The impact threw all seven passengers from the carriage. Two of the five children — ages 2 and 6 — were killed. They were pronounced dead at the scene. 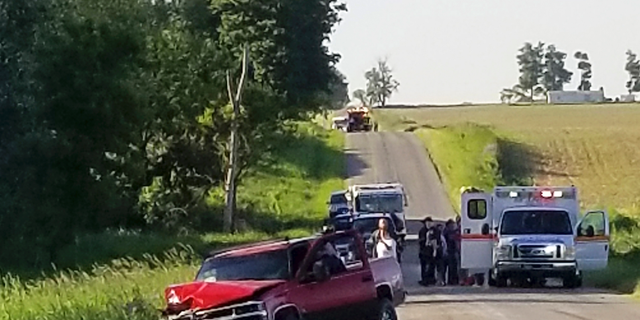 A damaged truck sits on the side of the road after an accident involving a horse-drawn carriage on Friday, June 7, 2019. Michigan State Police said the pickup truck was headed southbound when the driver rear-ended an Amish, horse-drawn carriage. Two adults and five children were ejected from the carriage.
(Don Reid/The Daily Reporter via AP)

Authorities say two other children, ages 3 and 4, were hospitalized with life-threatening injuries. One of the adults on the buggy — a woman — was also seriously injured. The status of the fifth child and second adult is not currently clear.

Price told the news outlet that the pickup truck's driver was intoxicated at the time of the crash and is being held in Branch County Jail.

A spokesperson for the Michigan State Police Department did not immediately return Fox News’ request for additional comment on Saturday.