TURKISH-backed Syrian rebels claim they have captured a key town in northeast Syria from Kurdish forces.

The fighting following the Turkish cross-border offensive has so far claimed the lives of 74 Kurdish fighters and 30 civilians, with up to 200,000 people forced to flee their homes. 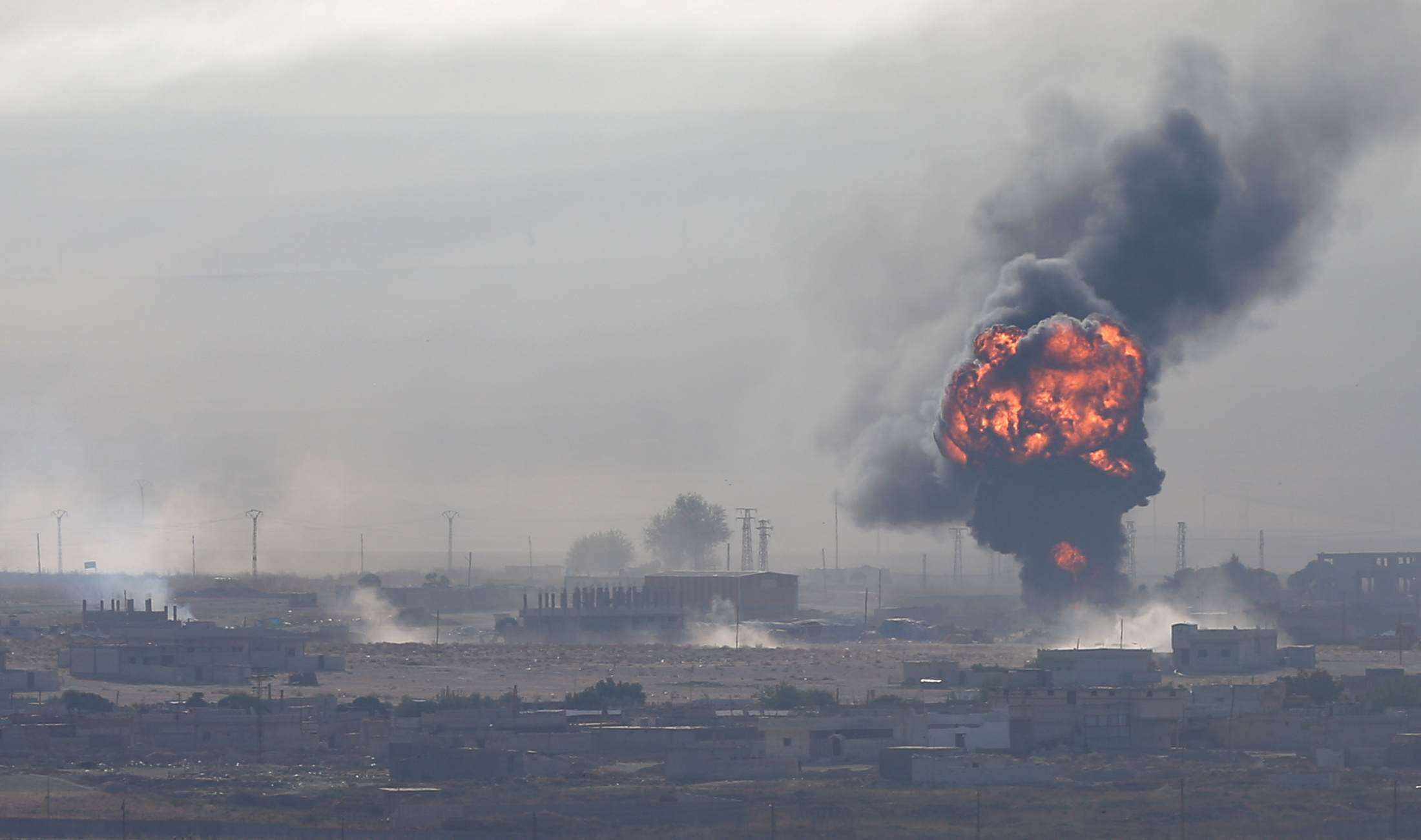 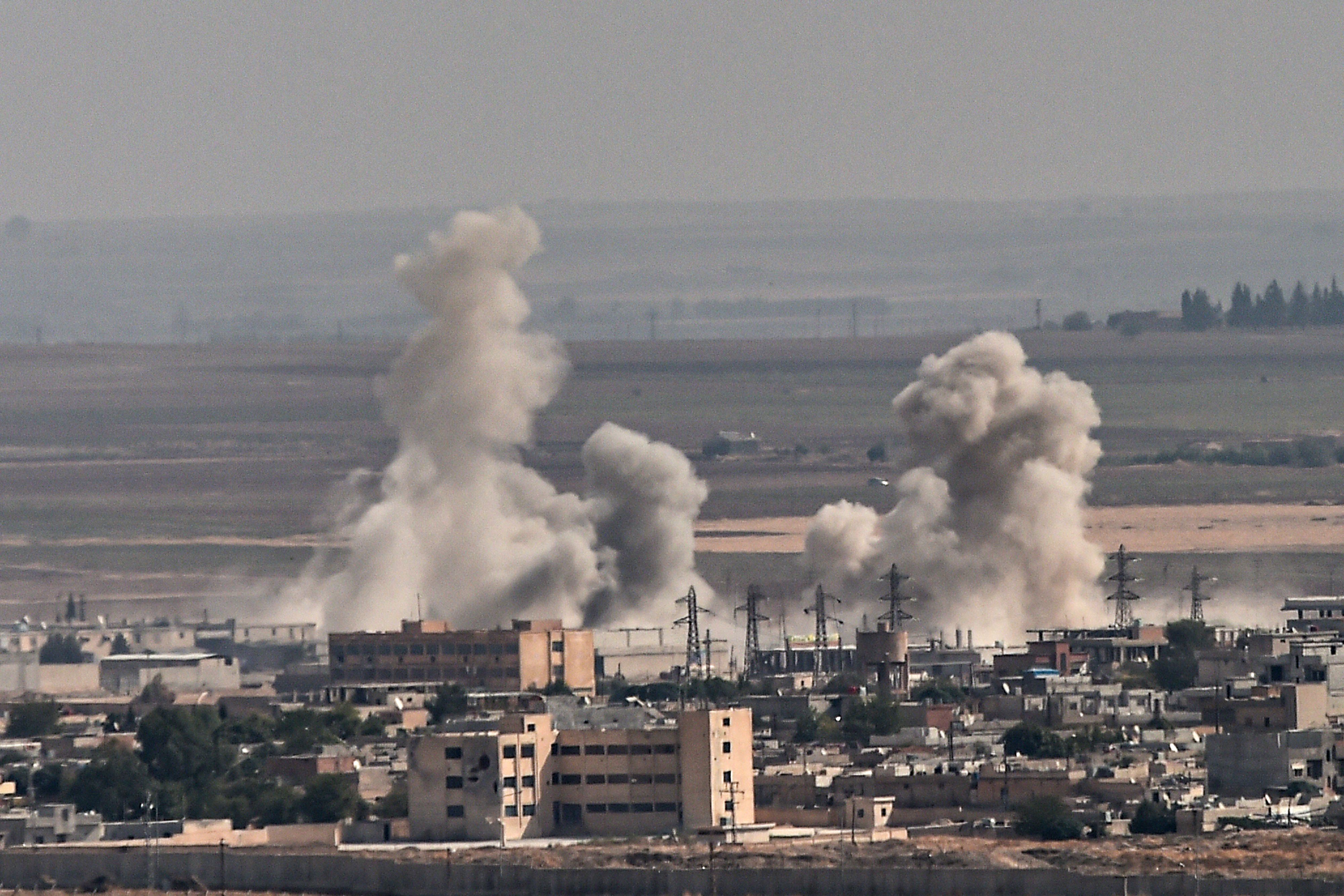 Turkey began its onslaught after US President Donald Trump withdrew some US troops who had been backing Kurdish forces in the fight against ISIS.

“Inspections are being conducted in residential areas. Mine and booby trap searches are being carried out,” said the official.

But the Kurdish-led Syrian Democratic Forces denied that the Turkish-backed forces had taken control of the centre of the town.

"Now the SDF's attack has started and there are very fierce clashes now. The clashes are continuing in the industrial district," he said.

Turkey’s stated broader objective is to set up a “safe zone” inside Syria to resettle many of the 3.6 million Syrian war refugees it has been hosting. 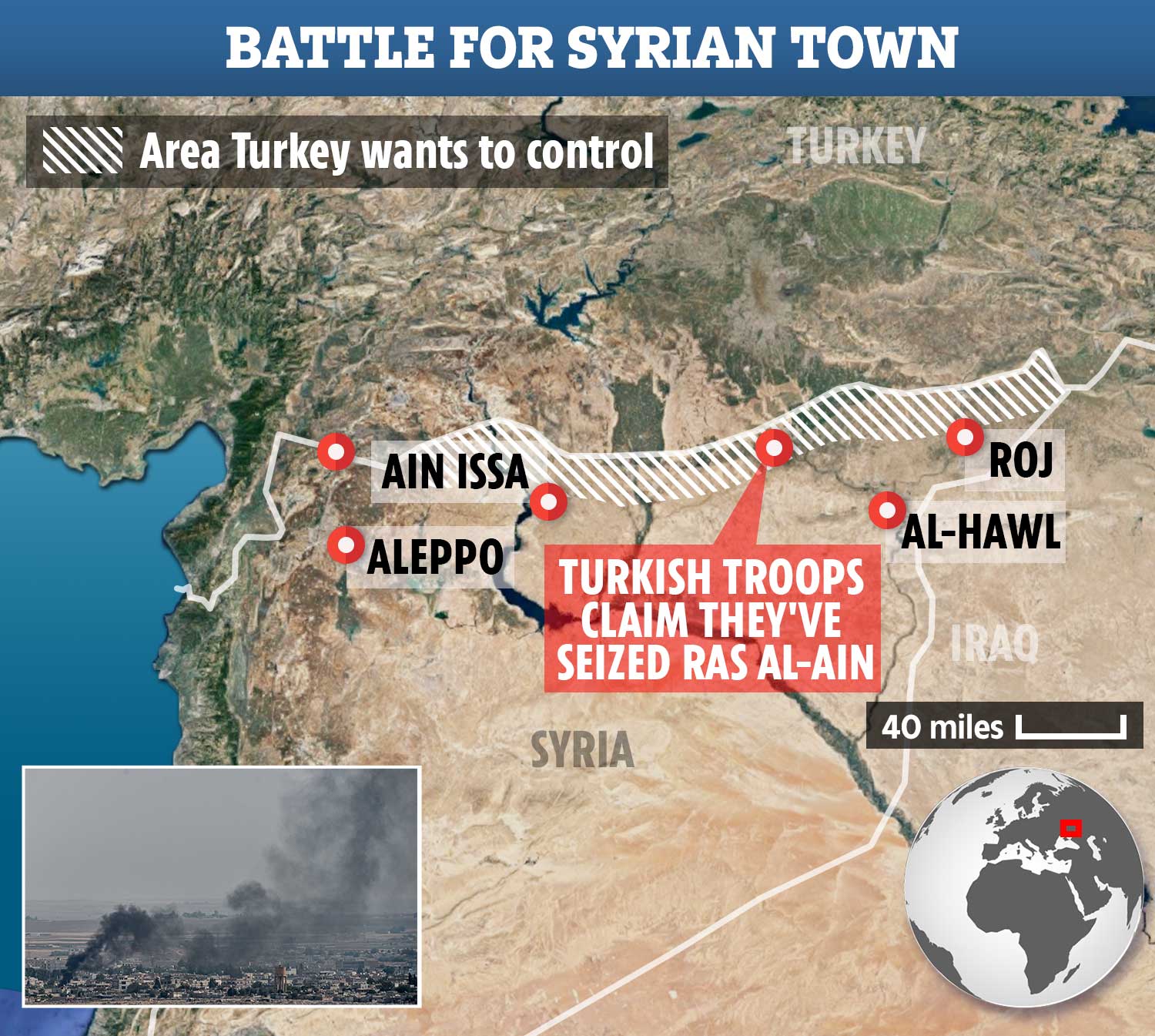 In Turkey, 18 civilians have been killed in cross-border bombardment including eight people in a mortar and rocket attack on the border town of Nusaybin.

The Kurdish-led administration in Syria’s northeast said nearly 200,000 people had been uprooted so far by the fighting.

The UN World Food Programme put the figure at more than 100,000 in the towns of Tel Abyad and Ras al-Ain.

The fighting comes as Turkish soldiers shelled a group of US special forces in northern Syria despite “knowing” American troops were present.

The Pentagon confirmed troops left their post outside Kobane on Friday after they came under fire amid an offensive launched by Turkey against Kurdish forces.

Amid the chaos, ISIS fighters escaped from a Syrian jail hit by Turkish bombing as jihadi brides were reportedly filmed trying to flee from a camp in the same region.

Five ISIS terrorists fled from a prison in Qamishli, northern Syria, on Friday after a shell landed in the courtyard of the jail, officials say.

Chilling footage taken on the same day purports to show ISIS brides trying to run away from the notorious al-Hawl refugee camp after starting a riot.

The sprawling camp, which has been dubbed ‘Camp Caliphate’, houses around 68,000 jihadi brides and was once home to British-born Shamima Begum. 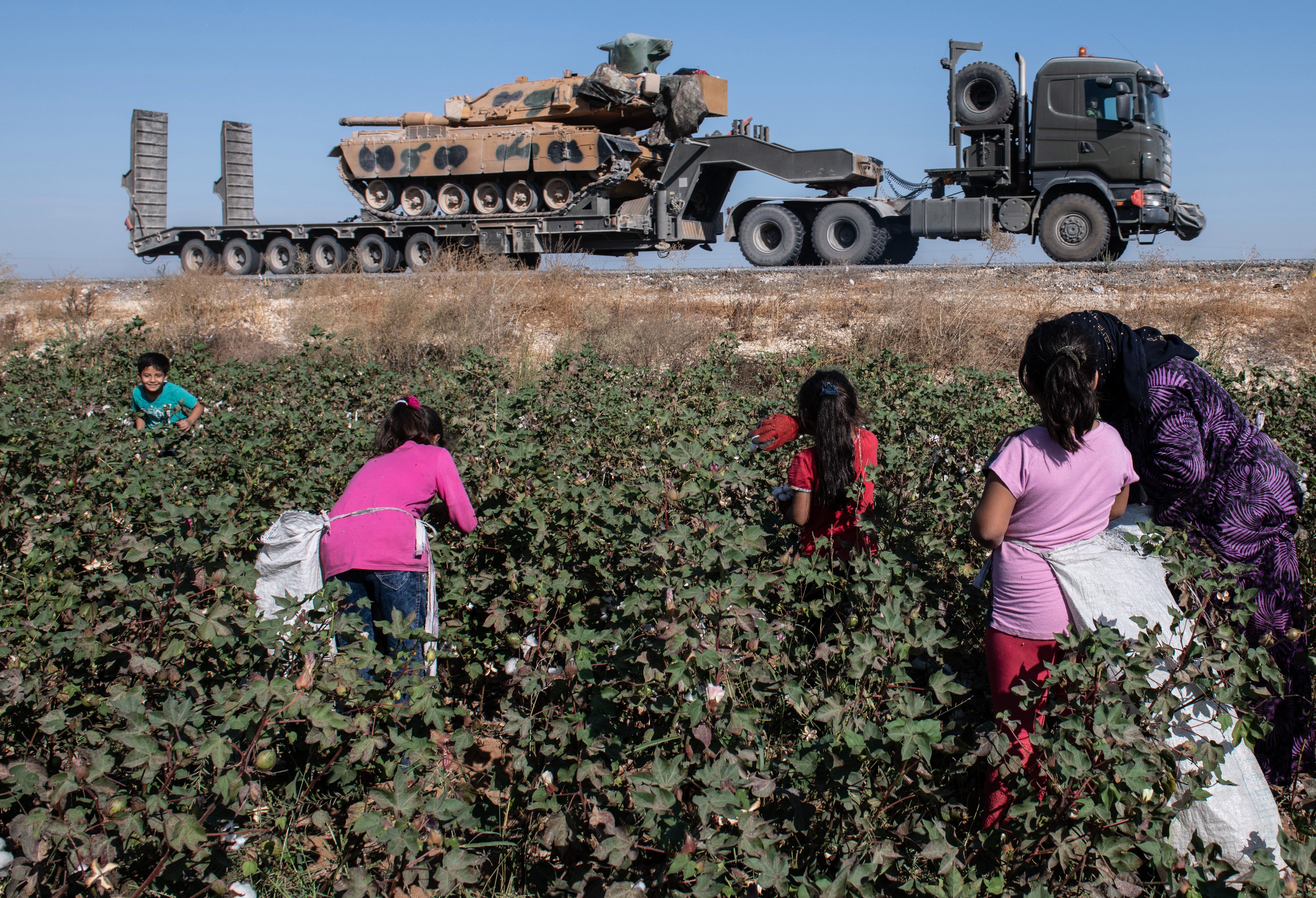 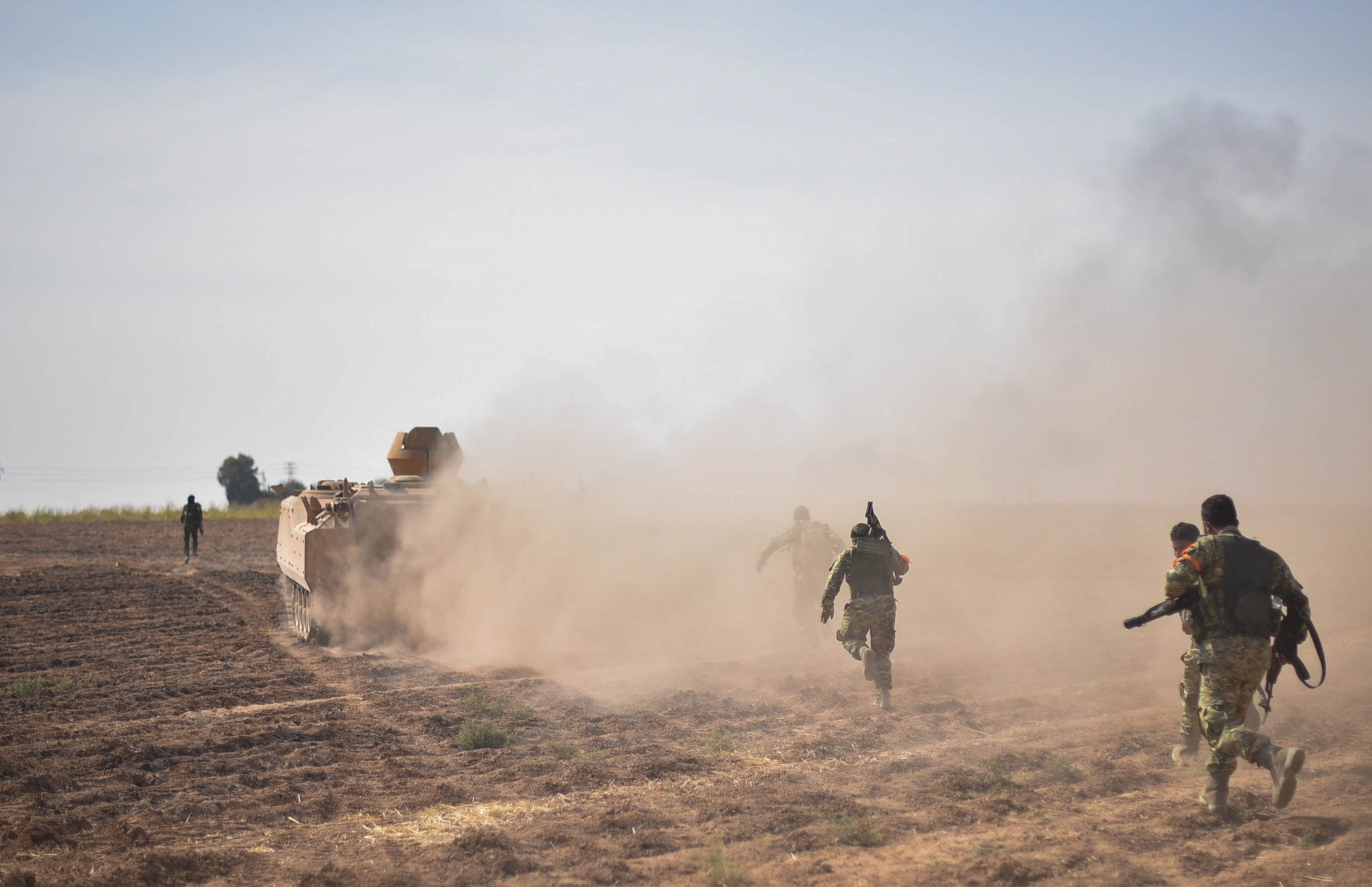