SHANNON, Ireland/BEIJING (Reuters) – U.S. President Donald Trump threatened to hit China with tariffs on “at least” another $300 billion worth of Chinese goods but said he thought both China and Mexico wanted to make deals in their trade disputes with the United States. 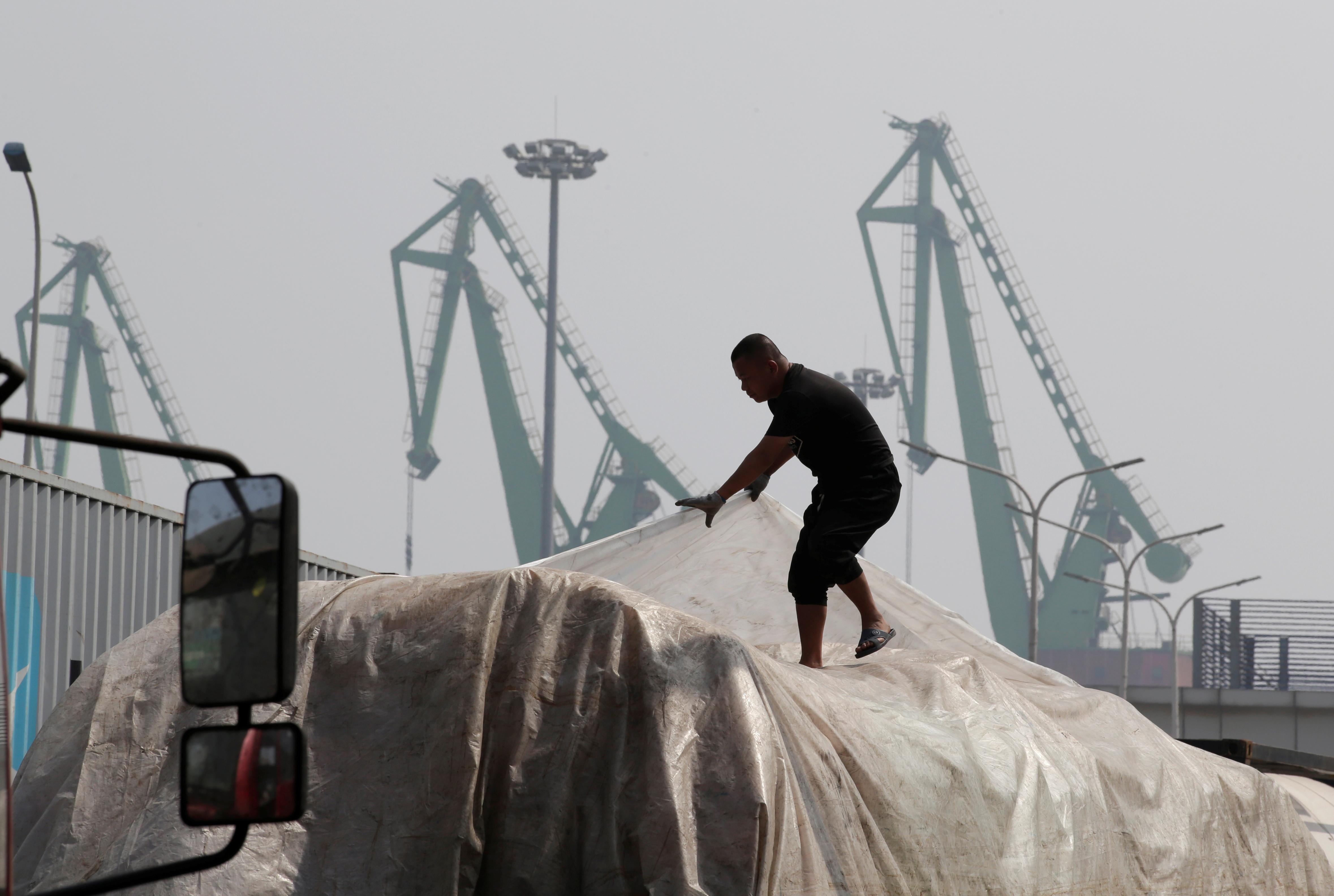 Tensions between the world’s two largest economies have risen sharply since talks aimed at ending a festering trade war broke down in early May.

While Trump said on Thursday that talks with China were ongoing, no face-to-face meetings have been held since May 10, the day he sharply increased tariffs on a $200 billion list of Chinese goods to 25%, prompting Beijing to retaliate.

“Our talks with China, a lot of interesting things are happening. We’ll see what happens… I could go up another at least $300 billion and I’ll do that at the right time,” Trump told reporters, without specifying which goods could be impacted.

“China does not want to fight a trade war, but also is not afraid of one. If the United States wilfully decides to escalate trade tensions, we’ll adopt necessary countermeasures and resolutely safeguard the interests of China and its people.”

The Commerce Ministry also issued a report on how the United States has benefited from years of economic and trade cooperation with China, saying U.S. claims that China has taken advantage in bilateral trade were groundless.

“Since the new U.S. administration took office, it has disregarded the mutually beneficial and win-win nature of China-U.S. economic and trade cooperation, and has advocated the theory that the United States has ‘lost out’ to China on trade,” the ministry said in a research report.

“It has also taken the trade deficit issue as an excuse to provoke economic and trade frictions.”

Adding to concerns China may target U.S. companies in the trade war, the ministry last week said it was drafting a list of “unreliable entities” that have harmed Chinese firms’ interests.

Gao said the list did not target specific industries, companies or individuals, and details would be disclosed soon. Companies that abide by Chinese laws and market rules had nothing to worry about, he added.

The International Monetary Fund warned on Wednesday that escalating tariff threats were sapping business and market confidence and could slow global growth that is currently expected to improve next year.

U.S. Treasury Secretary Steven Mnuchin is scheduled to meet People’s Bank of China Governor Yi Gang this weekend at a gathering of G20 finance leaders in Japan, the first face-to-face discussion between key negotiators in nearly a month.

Mexican and U.S. officials are also set to resume their talks in Washington on Thursday aimed at averting an imposition of tariffs on Mexican goods.

After saying that “not enough” progress on ways to curb migration was made when the two sides met on Wednesday, Trump told reporters on Thursday that Mexico had made progress in the talks but needed to do more.

He reiterated that 5% tariffs on all Mexico’s exports to the United States due to start on Monday would go ahead if progress was not made. The tariffs can rise to as much as 25% later in the year.