People who fail to get a booster jab could face new travel restrictions from next month under plans to increase uptake.

But officials are drawing up plans to strip double-jabbed people of their ‘fully vaccinated’ status without the booster shot, leaving them facing tough quarantine and testing rules for foreign travel.

Most travel restrictions for the fully vaccinated ended this week, including dropping the need for quarantine and pre-departure tests. 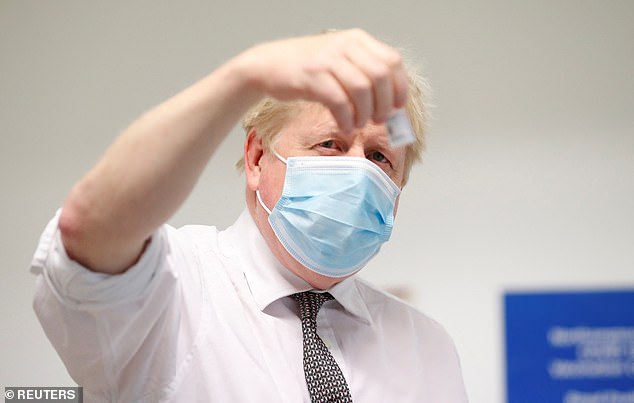 No 10 confirmed that the government is looking at changing the status to include boosters, as Boris Johnson (pictured yesterday in Northampton) urges Britons to take up the offer of jabs

Ministers are concerned by a fall in demand for boosters which threatens to leave hundreds of thousands of slots unfilled.

He said the ‘overwhelming majority’ of people now in intensive care with Covid had not had their booster jab, with many not vaccinated at all. During a visit to a vaccination centre in Northampton, he said: ‘When you’re in ICU and you haven’t been vaccinated, sadly it’s too late to get vaccinated. So get boosted now.’

Italy announced plans for mandatory vaccinations yesterday for all over-50s. But the PM said the UK would never resort to ‘coercion’.

However, the Health Service Journal last night said the NHS is preparing to fire thousands of staff still unvaccinated after the February deadline. 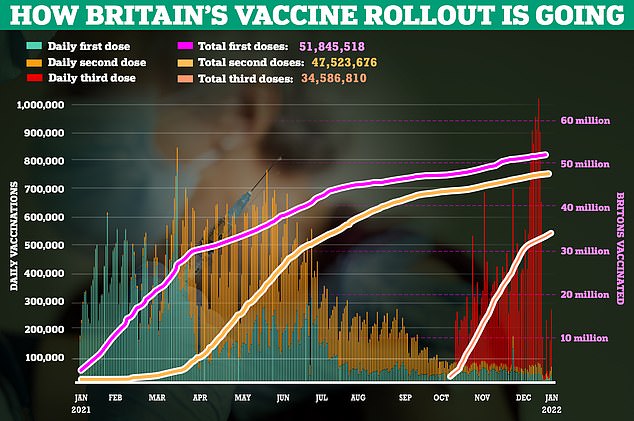 Sources last night said the change in the ‘fully vaccinated’ definition could happen as soon as the end of next month.

An estimated 4.5 million over-18s have not had a first dose, six million-plus are not double-jabbed, and almost nine million eligible people have not had a booster yet.

It comes as official figures show a record 81.4 per cent of over-65s have had a flu jab this season.