London is being battered by heavy rain with flooding affecting major roads and transport networks across the capital.

The Met Office has issued a yellow weather warning for most of England and said heavy downpours could cause disruption across the country throughout the day.

The warning, which stretches hundreds of miles from London up to Hartlepool, means that there is a chance that homes and businesses could be flooded, causing damage to some buildings.

In London, flooding is so far affecting the North Circular, Tower Bridge and the District Line on the London Underground.

Footage taken on Tuesday (September 14) shows the capital’s Tower Bridge submerged in rain water as busses and cars struggle to make their way over the River Thames.

On the North Circular motorists are being warned of delays as the challenging weather causes disruptions to people’s routes. 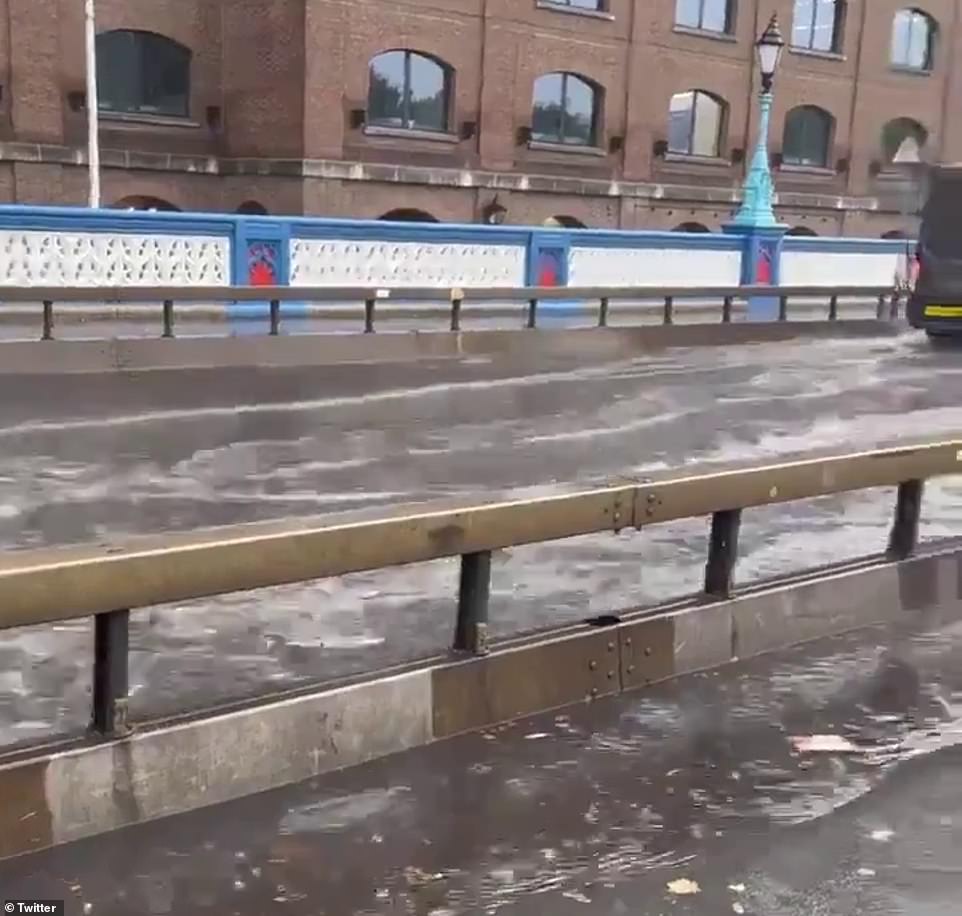 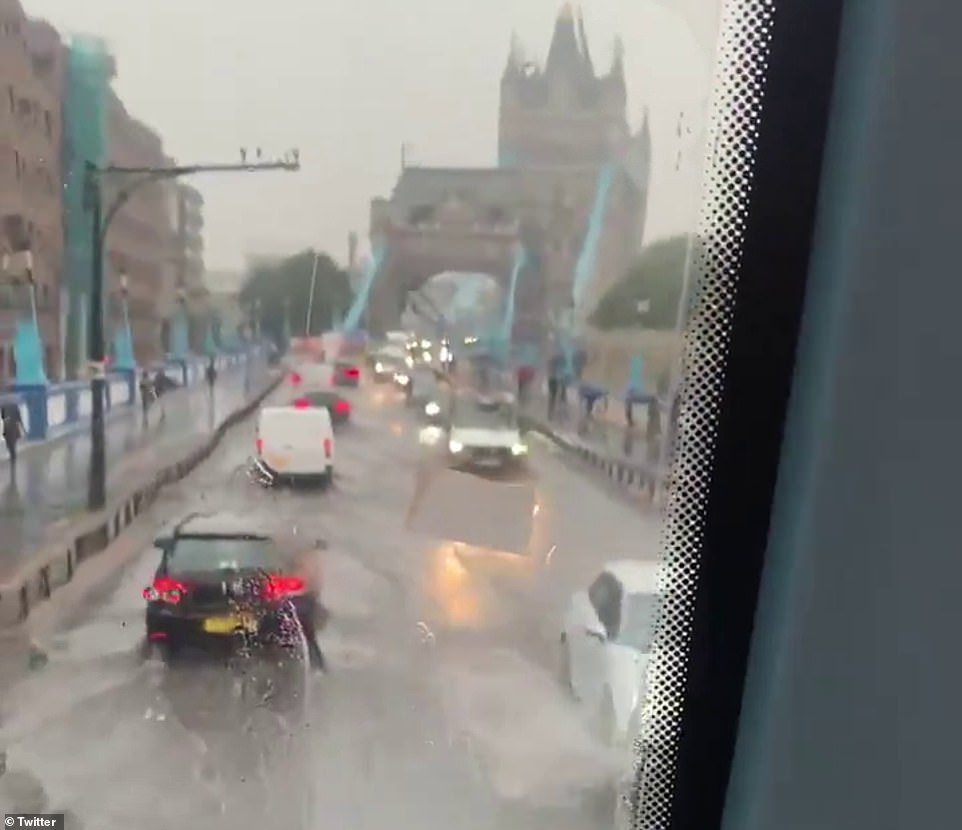 London is being battered by heavy rain with flooding affecting major roads and transport networks across the capital. Pictured: Tower Bridge is currently submerged in deep rain water causing heavy traffic in the vicinity this morning 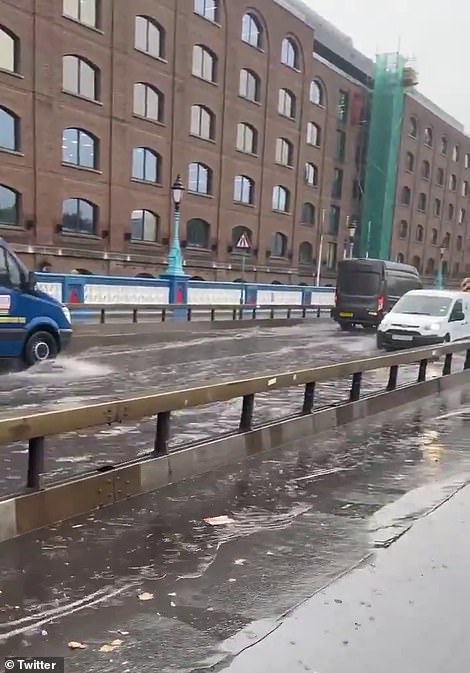 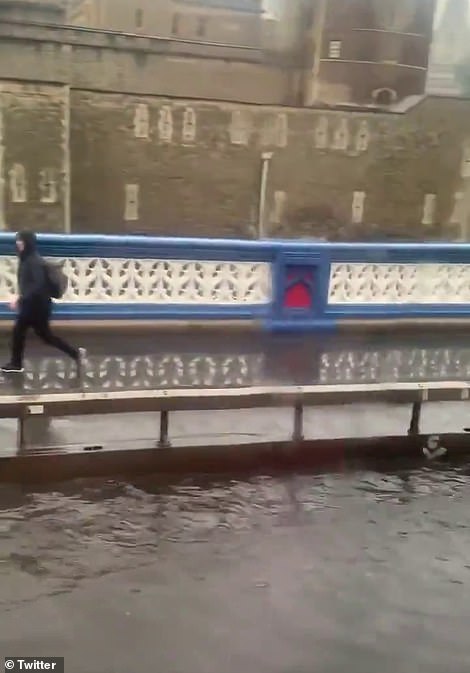 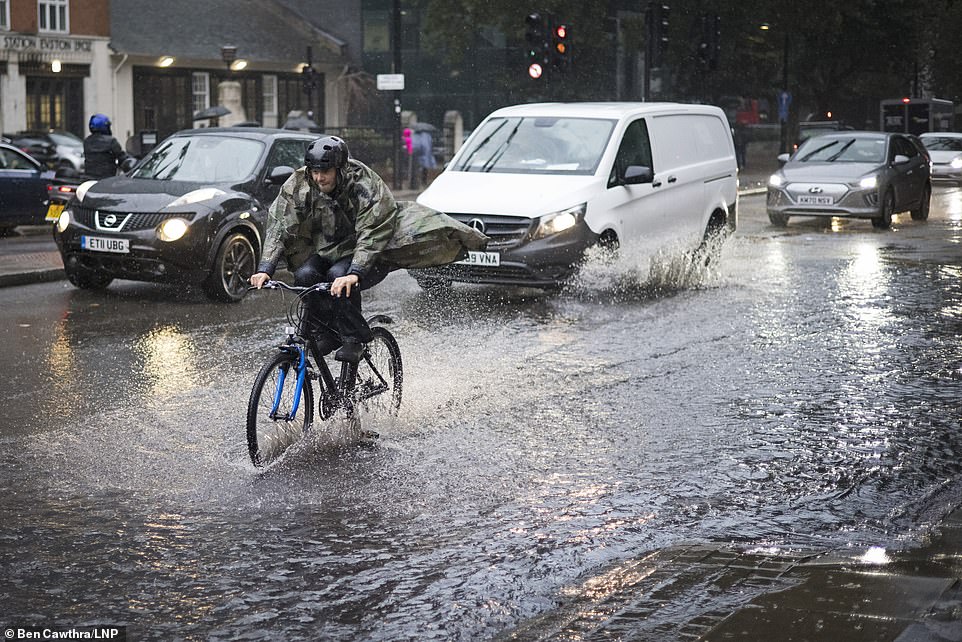 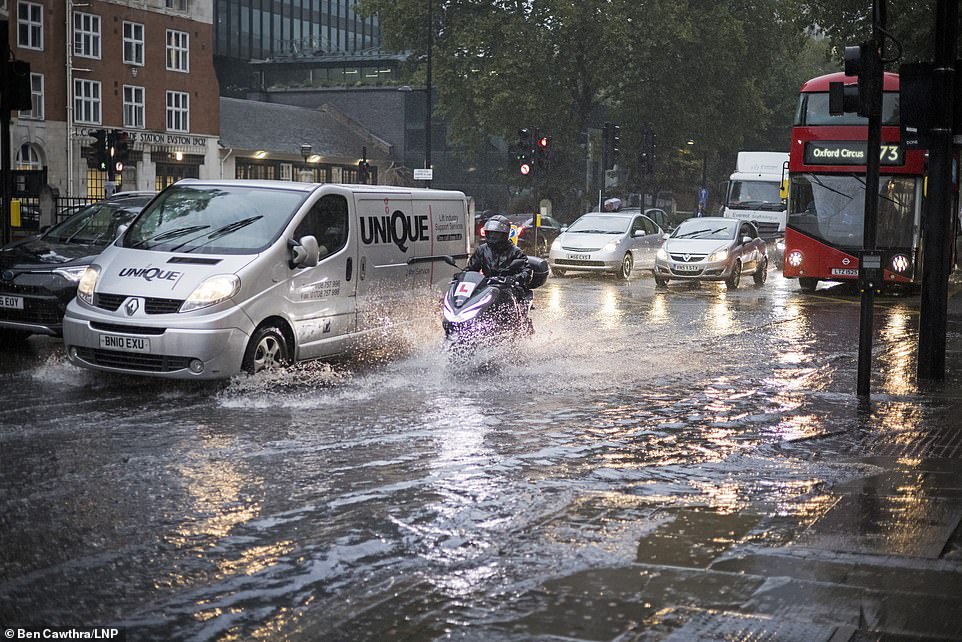 Downpour: Traffic ploughs through surface water on the Euston road in North London during heavy rainfall this morning 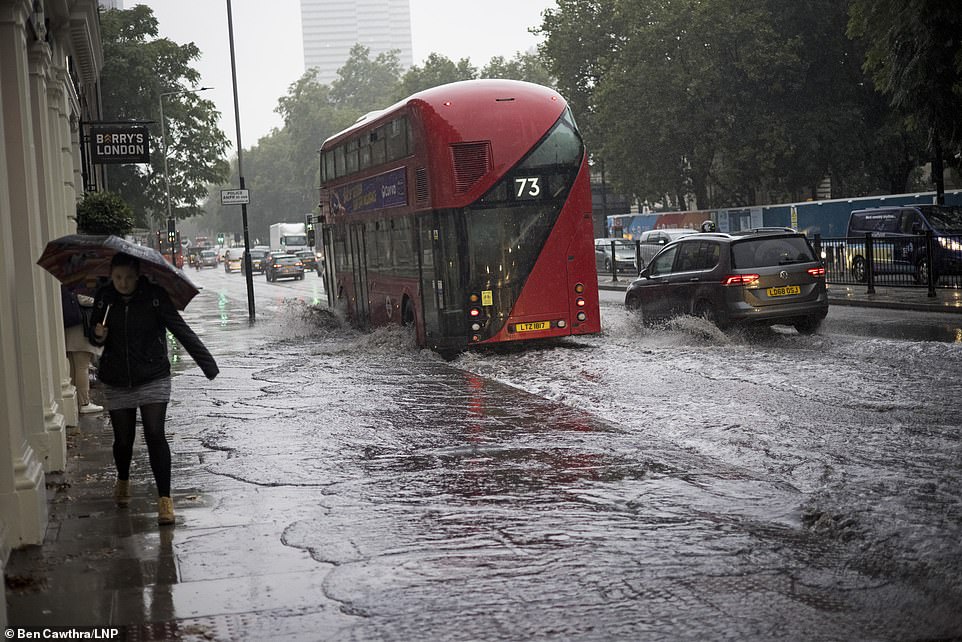 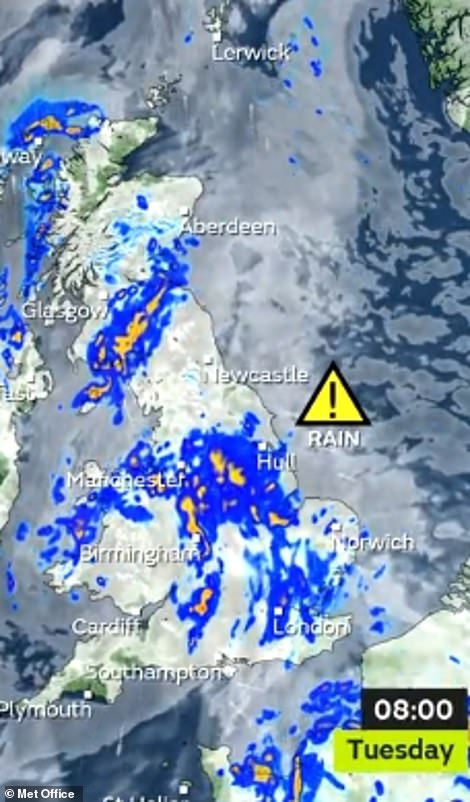 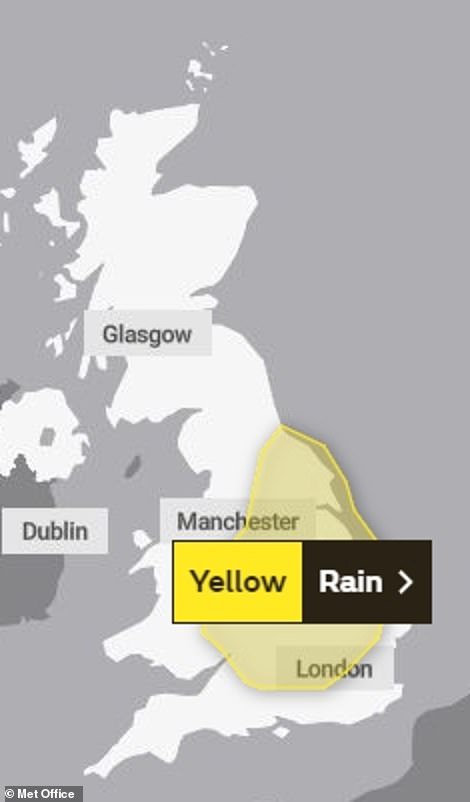 Transport for London has also indicated that the District Line is not stopping at Mile End due to flooding.

The Met Office issued the yellow weather warning this morning and it is expected to remain in place throughout the morning.

Drivers have also been warned that spray and flooding on roads will make journey times longer with some difficult driving conditions and the chance of road closures.

A spokesperson for the forecasting service said: ‘Whilst many will see a wet day on Tuesday, there is the chance of very heavy rainfall for some, leading to disruption.’