A TOP Army officer claims to have resigned over Joe Biden's vaccine mandate and slammed the "Marxist takeover of the military."

Lt. Col. Paul Douglas Hague said he wrote to his superiors to say he would be leaving his post after 19 years service, calling the order "tyrannical." 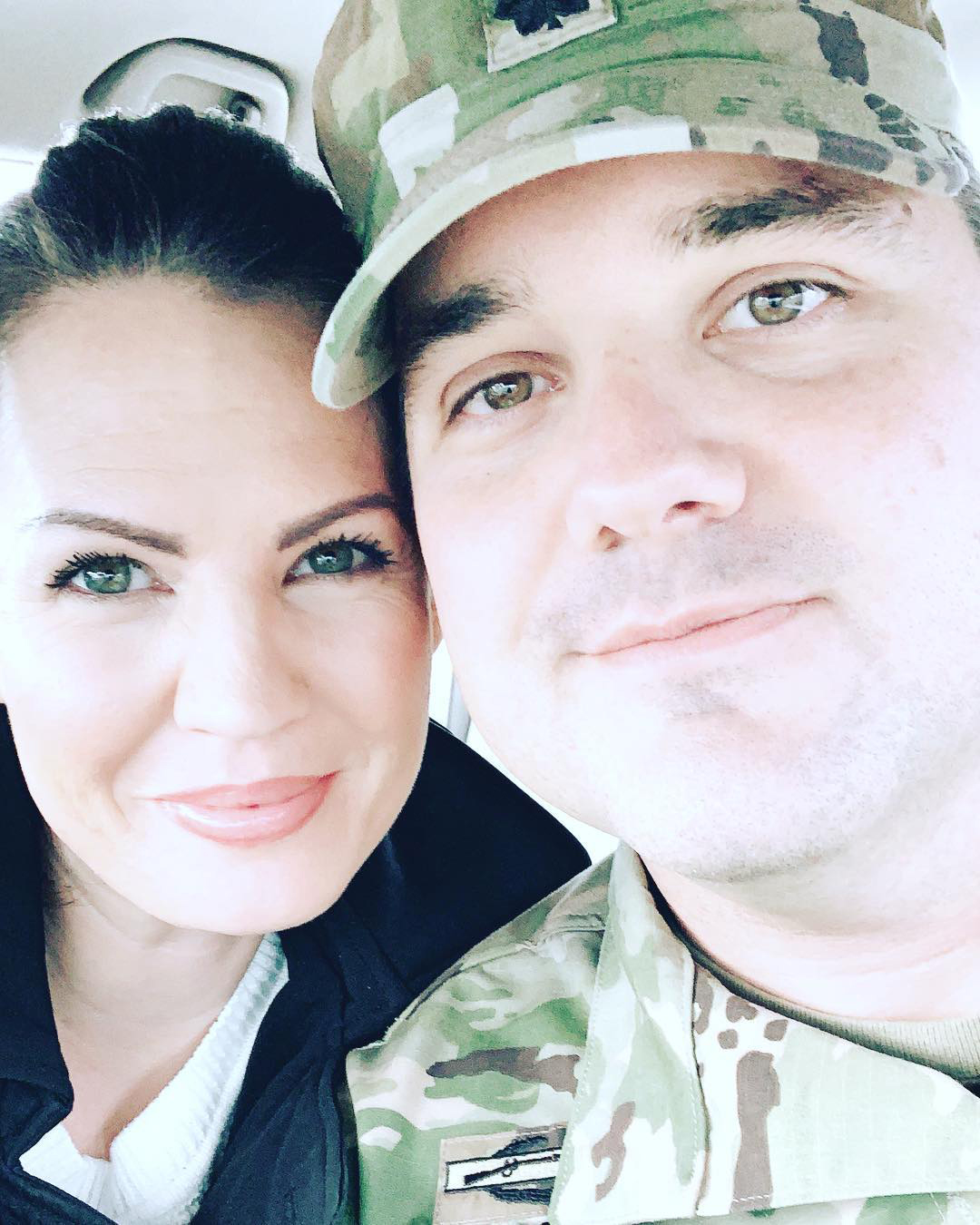 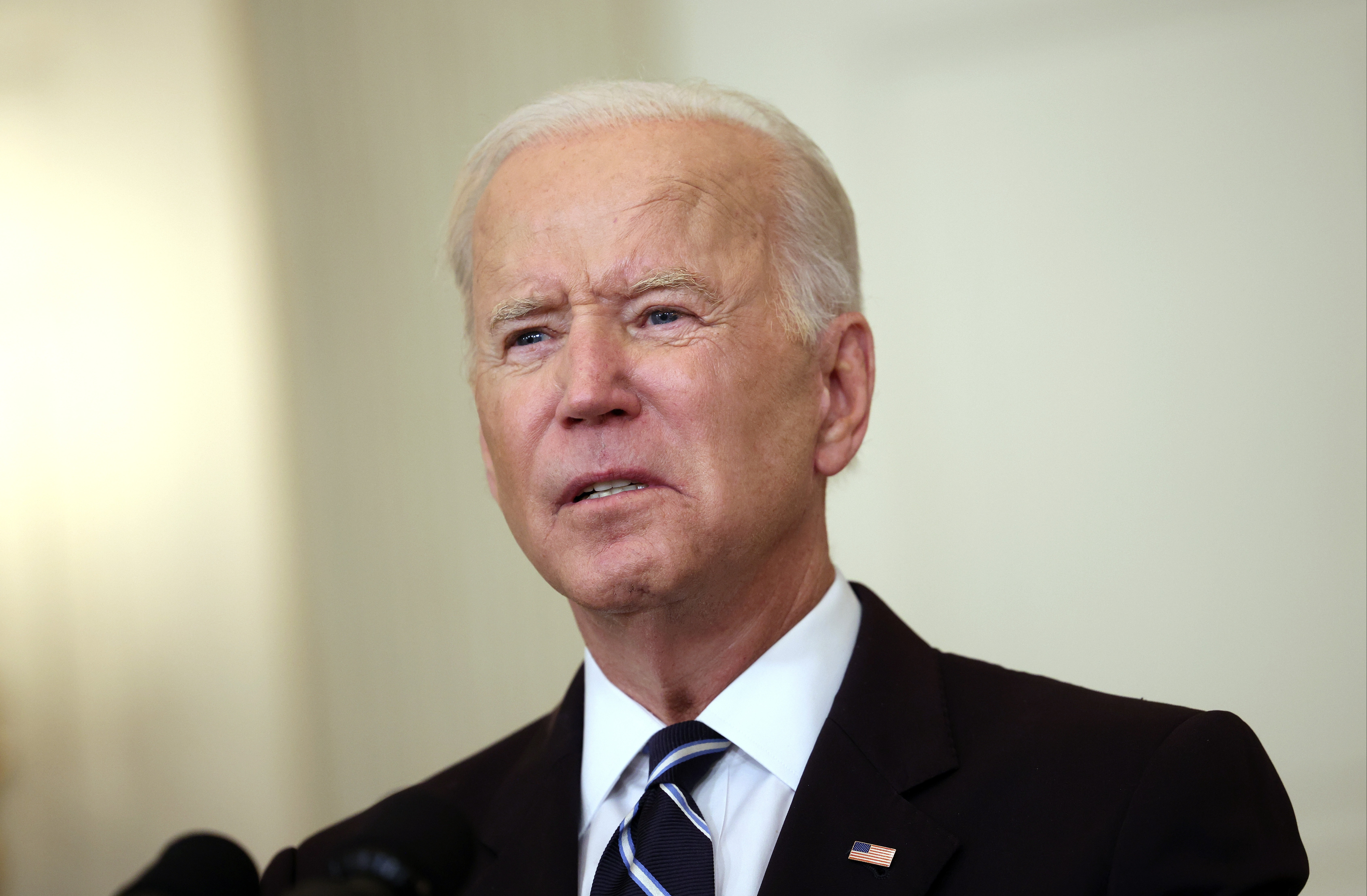 Hague's resignation letter was shared by his wife on Twitter.

In it he wrote: "First, and foremost, I am incapable of subjecting myself to the unlawful, unethical, immoral and tyrannical order to sit still and allow a serum to be injected into my flesh against my will and better judgment.

"It is impossible for this so-called ‘vaccine’ to have been studied adequately to determine the long-term effects."

Hague, who is based at Fort Bragg in North Carolina, also cited what he called an "ideologically Marxist takeover of the United States government at their upper echelons.

"I would like nothing more than to continue in the Army to reach my 20 years of active federal service and retire with my pension.

"However, I instead will join those who have served before me in pledging my Life, my Fortune, and my Sacred Honor to continue resisting the eternal and ever-mutable forms of oppression and tyranny – both from enemies outside our nation‘s borders, and those within."

The Pentagon said last month that it will require service members to receive the COVID-19 vaccine.

That came after the Pfizer vaccine received full approval.

Hague's wife Katie tweeted: "After eighteen years of active duty service in the US Army, my lieutenant colonel husband has resigned.

"He’s walking away from all he’s worked for and believed in since he was an ROTC kid at UGA.

"He’s walking away from his retirement."

Katie said the letter had been submitted on August 30.

That came after critics pointed out it had a August 23 date head – days before the Kabul attack which he references.

She said her husband had written his first draft then and did not amend the date when he finally submitted it.

The Sun has contacted the US Army for comment.

Members of the U.S. military are already required to get as many as 17 different vaccines, depending on where they are deployed.

The vaccine requirement says that all employers with more than 100 workers must require them to be vaccinated or test workers for the virus weekly. 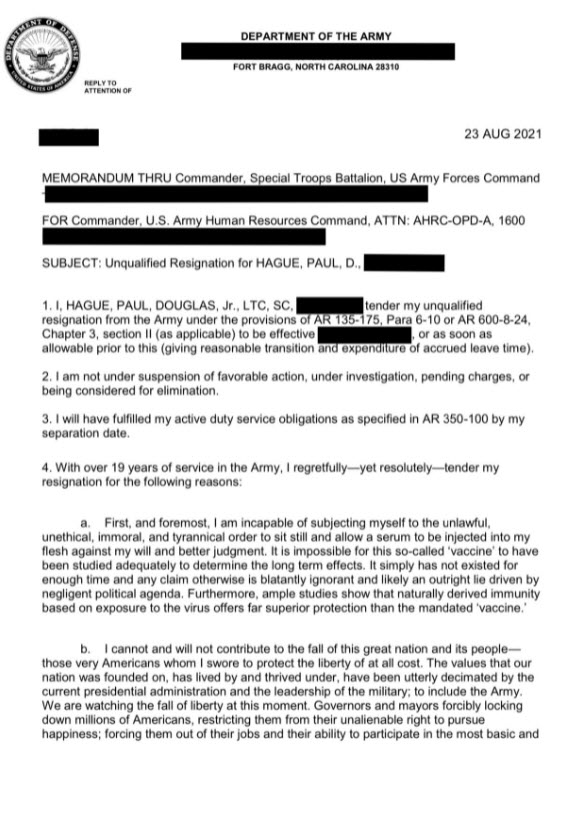 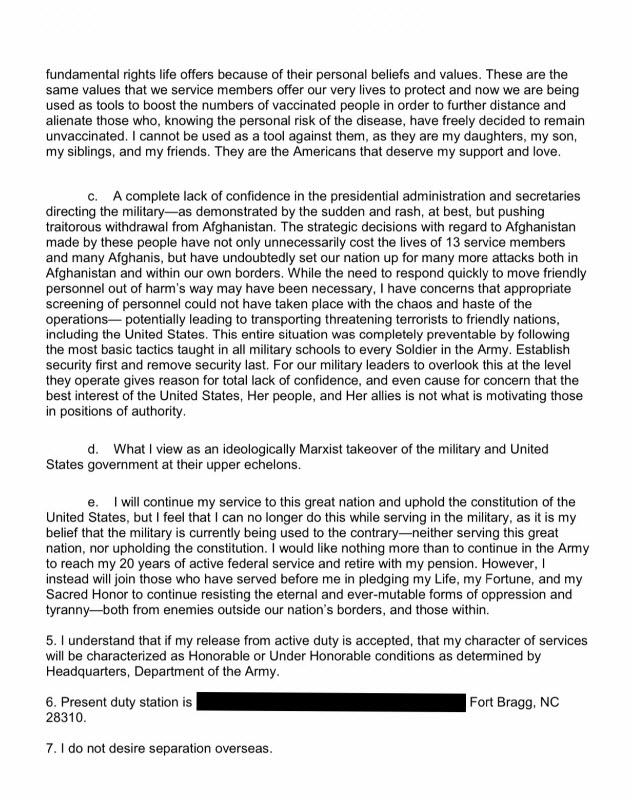 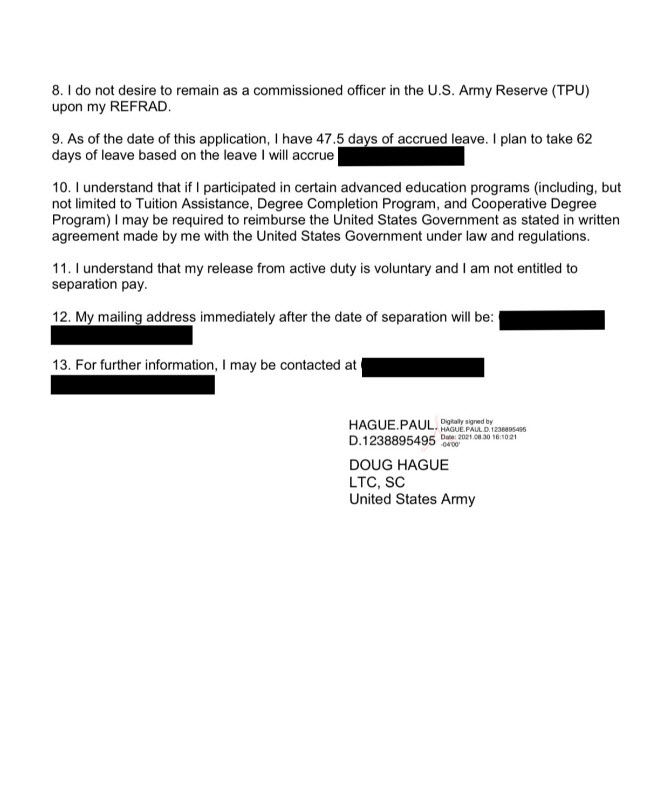