LONDON (Reuters) – A four-course meal, more than 2,000 pieces of silver-gilt cutlery and a toast to the queen: Donald Trump will enjoy all the trappings of a state banquet when the U.S. president is received by Queen Elizabeth on Monday. 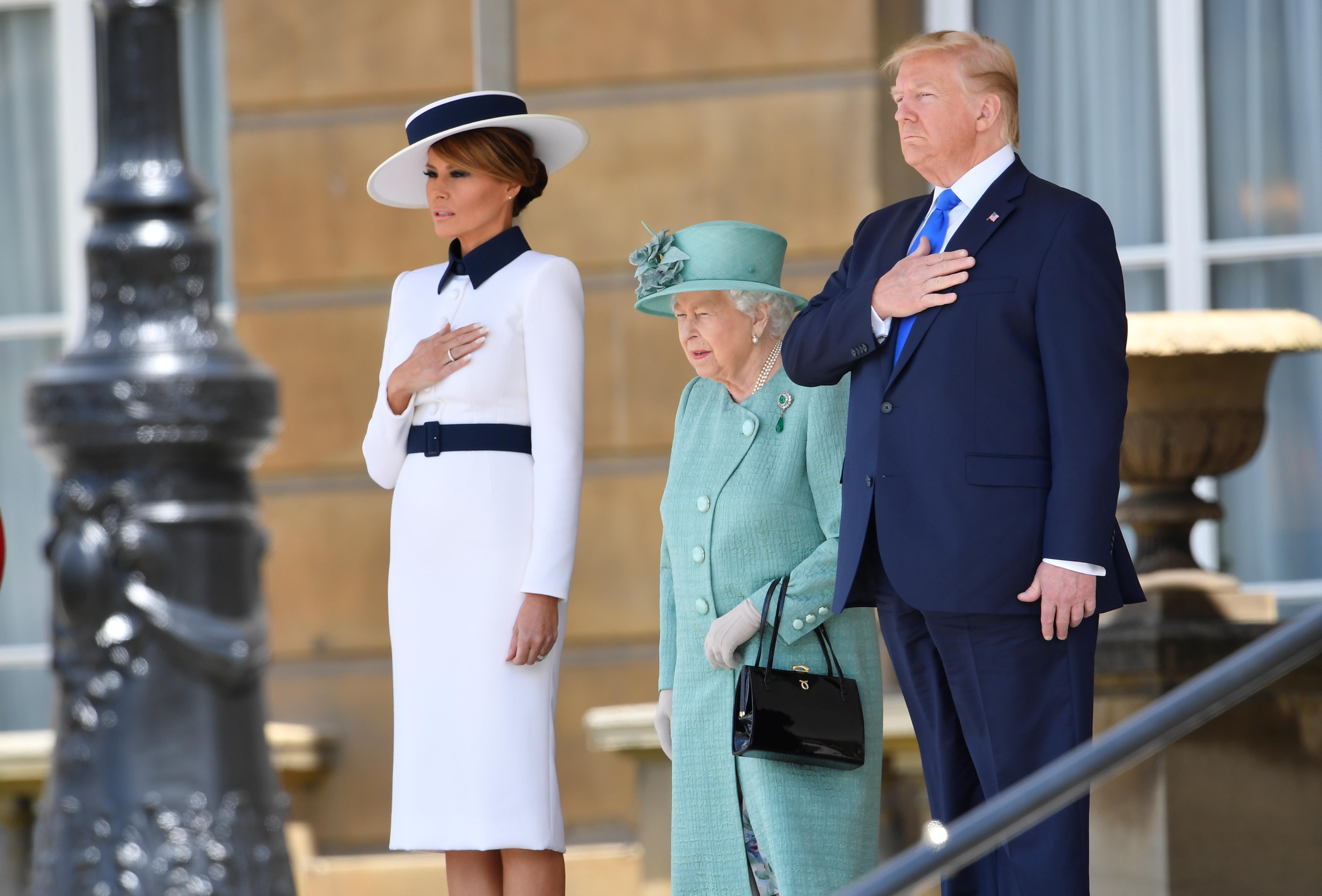 While this is the first time Trump and his wife Melania have experienced a royal British banquet, the queen is used to such occasions: it is the 113th time Queen Elizabeth has hosted a state visit.

State visit invitations are extended by the government, but the queen acts as host.

After being greeted at Buckingham Palace with a cannon salute and marching Guards band, Trump will have a private lunch with the monarch and tea with her son Prince Charles before the state banquet in the evening.

Elizabeth will give a speech and a toast, and Trump will also be expected to say a few words ahead of the banquet.

Then the meal begins – usually consisting of a fish course, a meat course, a pudding course and a dessert course of fruit.

The meal is served on the silver-gilt “Grand Service”, originally commissioned by George IV when he was Prince of Wales in 1806. It consists of over 4,000 pieces for dining, including dinner plates and 107 candelabra.

Buckingham Palace says the final build of the State Banquet table starts around five days before the arrival of the visiting head of state, and that every detail of the meal is checked and approved by Queen Elizabeth.

Trump joins Barack Obama and George W. Bush as the only U.S. presidents to have official state visits to Britain with Queen Elizabeth. She has met all 13 presidents in her reign except Lyndon Johnson.

Trump was widely seen to have broken royal protocol when he failed to bow when met the queen in 2018, and then walked in front of her as they inspected a guard.

And Trump may be well advised to keep his remarks brief to avoid the mild embarrassment suffered by his predecessor.

During his state banquet in 2011, Obama spoke over the British national anthem after musicians struck up during a pause in his toast, and then raised his glass to the queen at the wrong moment.