A TIKTOK user has accused a Walmart store of racism after spotting security tags had only been put on darker shades of makeup.

The customer captured their shock in a video shared on social media as they walked around the supermarket in Kentucky. 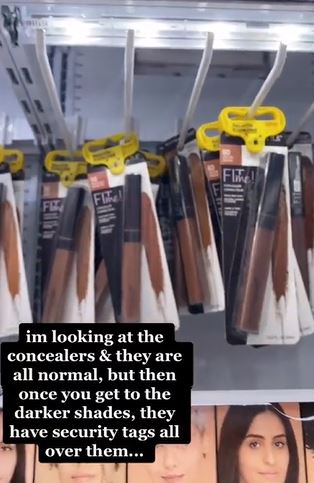 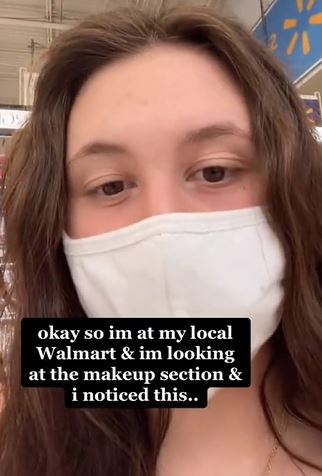 "I'm at my local Walmart and I'm just looking at the makeup section and I noticed this," the TikTok user says.

"I'm looking at the concealers and they're all normal, but once you get to the darker shades they have security tags all over them but they don't for the lighter colours."

The woman pans over the shelf revealing the bright yellow security tags attached to the top of the darker shaded packaging, while dozens of lighter shades hang tag-free. 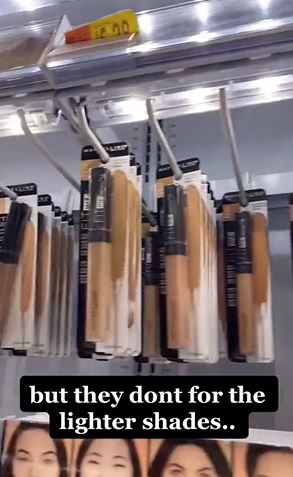 The newest accusation comes less than a year after the company announced it would stop allowing stores to exclusively lock up beauty products made for people of colour after being accused of racism.

A customer in Colorado blamed the store for discrimination after capturing only multicultural hair products locked behind a glass cabinet in another Walmart branch.

Last year, Walmart's security policy had been the subject of a federal discrimination lawsuit, which was later dropped, after it implied that black people were more likely to shoplift.

But the practice had come under renewed scrutiny.

Video of the most recent incident has amassed over 1.3million views since being uploaded online, with many views expressing their disgust.

In a statement, a Walmart spokesperson told Newsweek the incident was being looked into on Monday evening while noting that security policies may differ between individual stores.

"We do not tolerate discrimination of any kind at Walmart," the spokesperson said.

"We serve millions of customers weekly, crossing all demographics, and are focused on meeting their needs while providing the best shopping experience at each store.

"Like other retailers, we have policies and training in place that allow individual stores to add additional security for items such as electronics, automotive products, cosmetics and other personal care products to ensure they are available for sale to our customers.

"In this case, we are following up with the store to ensure those policies were followed properly."