An arsonist who killed a pensioner by setting his mobility scooter on fire outside his home has been jailed for 13-and-a-half years.

Malcolm Turner, 69,  was dragged from his maisonette after emergency services were called to Jenner Street, in Foleshill, Coventry, at 4.25am on August 20, 2019.

He was pronounced dead at the scene as a result of smoke inhalation despite the best efforts of medics.

Richard Newing, 43, admitted manslaughter and arson with intent to endanger life when he appeared at Warwick Crown Court last February.

Yesterday he was sentenced to 13-and-a-half years in prison for manslaughter and six years for arson to run concurrently. 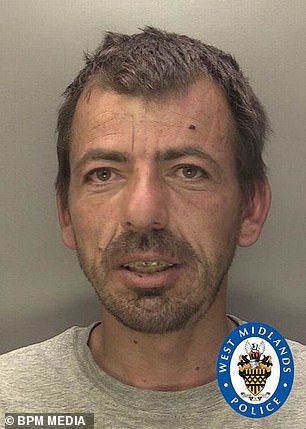 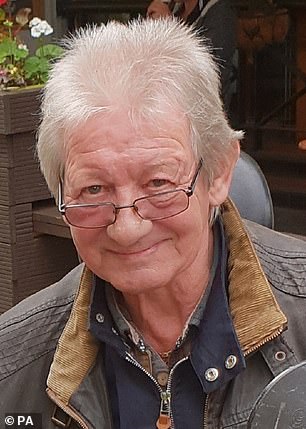 Richard Newing (left), 43, killed Malcolm Turner (right), 69, at his home in Foleshill, Coventry, after he set fire to the pensioner’s mobility scooter outside the house

The court heard Turner, who was ‘obsessed with fire’, lay paper on top of Mr Turner’s mobility scooter before setting it alight outside his home.

The flames quickly blew out windows and spread to the house which trapped Mr Turner inside who was overcome by fumes.

Mr Turner, who was heavily reliant on his scooter, was unable to leave the building as the blaze was started at the only exit of his home. 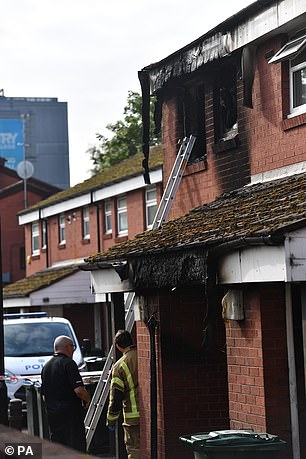 Moments later Newing was caught on CCTV on nearby Foleshill Road, where he was captured igniting a mattress on the front drive of another house.

The property instantly lit up in flames, but fortunately the occupants were able to escape via a back exit.

Although the motive to the attacks is still unclear, during police interview Newing confessed to knowing Mr Turner and they drank in the same pub.

In a victim impact statement read in court, Mr Turner’s sister said: ‘Malcolm was our brother, and our lives have changed forever, due to your actions.

‘We had the privilege of him being a much-loved son, brother, uncle, husband and father before he was so senselessly and cruelly taken from us and there will always be an emptiness inside of us due to his death at the hands of you, Richard Newing.

‘We, as a family, truly hope that each day you are locked up, you think of our brother and what you did, and that you see our brother’s face each time you light a match or see a flame and realise the pain and heartbreak that you have caused us.

‘We can at least have the knowledge that whilst you are locked away, and I hope that is for a very long time, that you cannot put any other family through what you have put us through, and that this haunts until the end of your days.’ 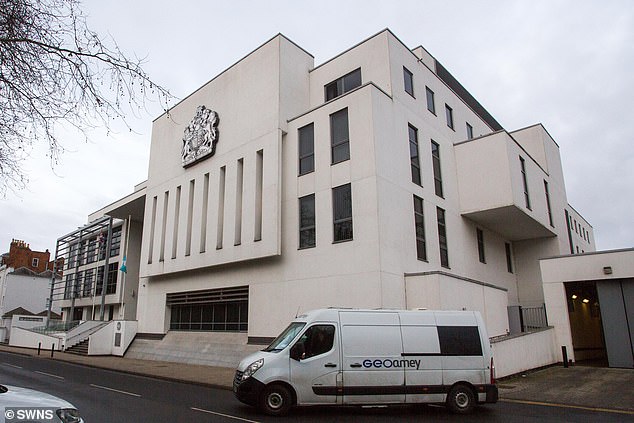 Warwick Crown Court (pictured) heard Turner, who was ‘obsessed with fire’, lay paper on top of Mr Turner’s mobility scooter before setting it alight outside his home

Detective Chief Inspector Jim Munro, of West Midlands Police, said: ‘I am very pleased that Newing has recognised what he has done and saved Malcolm’s family the trauma of a full trial.

‘Newing was clearly obsessed with fire and tragically the consequences of his actions led to Malcolm’s death.

‘Although the residents of Foleshill Road were fortunate enough to survive the fire, their home and belongings were destroyed, so I hope they also find some comfort knowing Newing will now face time in prison.

‘I hope this case outlines the seriousness of starting fires and how quickly they can spread and devastate lives.’