The victims were taken to hospital, with two treated for serious injuries and the third for more minor injuries, after the incident in Far Gosford Street at about 10.15pm on Thursday.

West Midlands Police said an offender is believed to have left the scene in a dark-coloured vehicle.

Chief Inspector Paul Minor, of Coventry police, said: ‘We’ll be stepping up patrols in the area over the coming days. 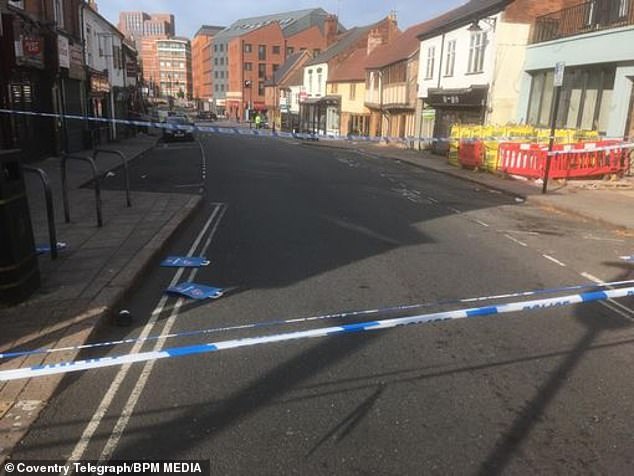 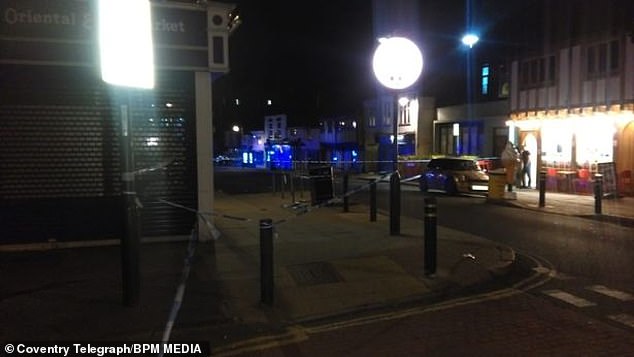 ‘This was outrageous violence on the streets of the city centre and we’re doing everything we can to bring those responsible to justice.’

A police cordon was put in place after officers rushed to the scene last night.

Three ambulances, three paramedic officers and the Warwickshire and Northamptonshire Air Ambulance critical care car were also dispatched to the scene the patients were taken to hospital after receiving treatment at the scene.

The force says the road has been closed while forensic investigators examine the scene for evidence.

Witnesses are urged to contact police via live chat on the West Midlands Police website, or Crimestoppers on 0800 555 111.