MONROVIA (Reuters) – Thousands of Liberians took to the streets of the capital, Monrovia, on Friday to protest against the corruption and economic decline that many blame on their once hugely popular president, former football star George Weah. 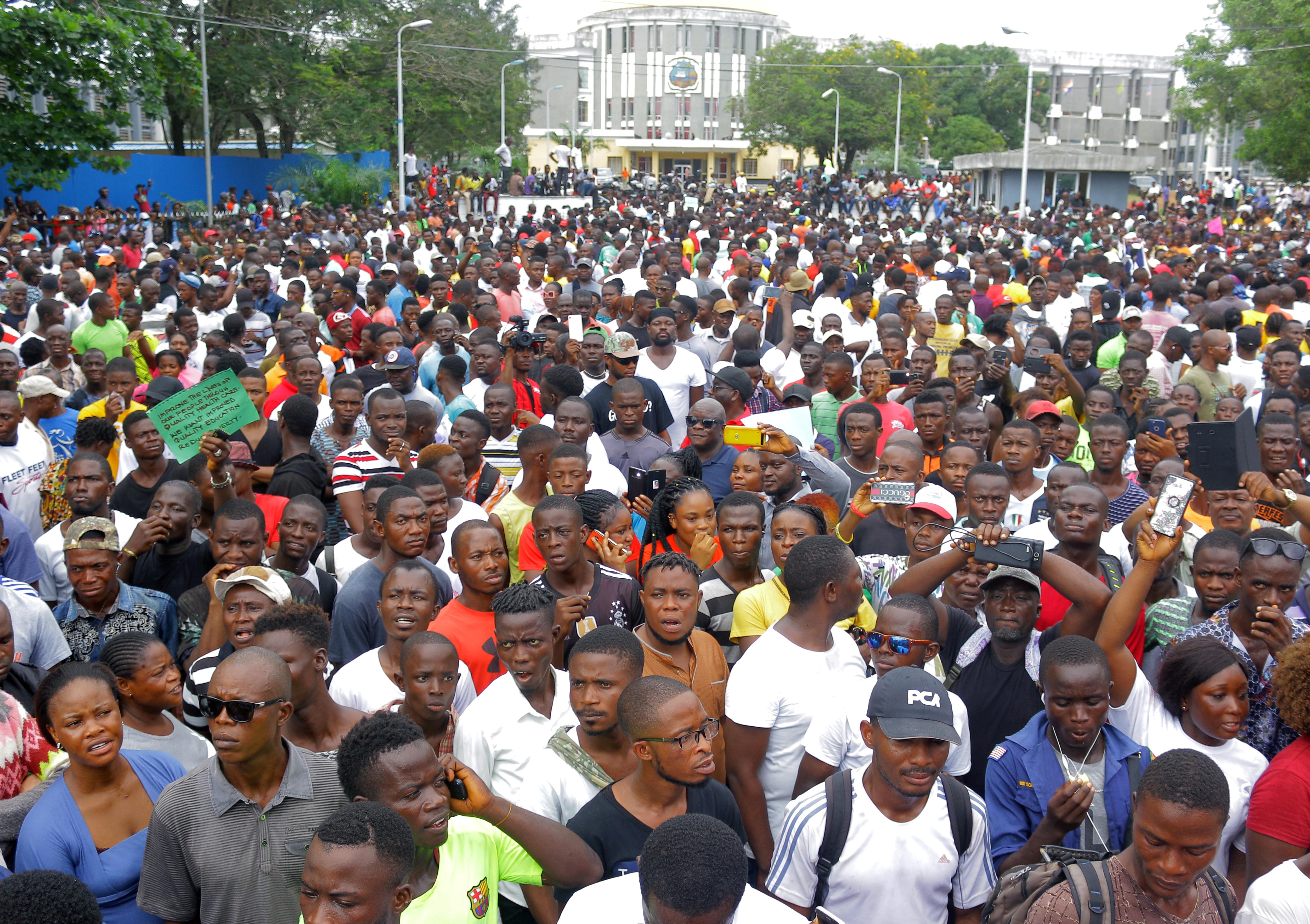 In a stark contrast to the wild celebrations that greeted Weah’s election victory in 2017, throngs of chanting demonstrators bearing signs calling Weah a “traitor” gathered near the president’s official residence.

Among protesters’ main gripes: a stagnant economy in which most still live in deep poverty and a scandal in which the country last year lost $100 million in newly printed bank notes destined for the central bank.

“Weah is not governing our state the right way,” said Ishmael Hassan, who voted for Weah in 2017 but has since become disillusioned. “The economic situation in our country is going down the drain.”

Liberia’s economy was hit hard by a 2014-16 Ebola outbreak that killed thousands, low prices for its chief exports, iron ore and rubber, and declining foreign aid.

The International Monetary Fund in March revised down Liberia’s economic growth forecast for 2019 to 0.4% from 4.7%. Inflation peaked at 28.5% in December, pushing up the price of everyday items.

Many believed Weah, who grew up in a Monrovia slum before becoming a celebrated striker in some of Europe’s biggest football teams, would bring a new dawn. Instead, he faces the same criticisms of corruption that dogged his predecessor Ellen Johnson Sirleaf.

The petition accuses Weah himself of constructing “scores of luxury homes” after he declined to publicly declare his assets.

“I supported this government, but the way things are going, we want to save the state,” said protestor Bob Blue.