A third man has been charged over his alleged involvement in the “sophisticated and well-planned” murder of underworld crime figure Mahmoud “Brownie” Ahmad, who was gunned down in Sydney’s south-west in April.

Ahmad was shot in Greenacre amid rising tensions across Sydney’s underworld just six months after he was released from serving five years in jail for the manslaughter of rival Safwan Charbaji. 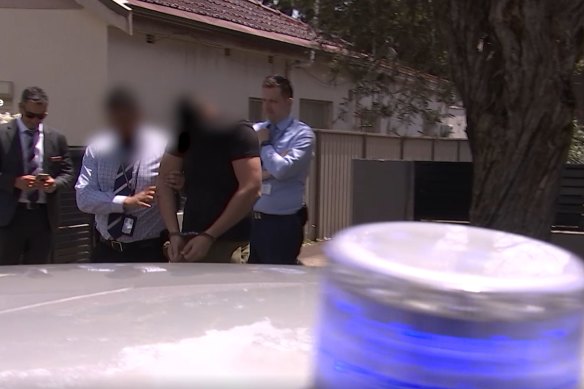 The man was arrested during a traffic stop in Campsie on Wednesday afternoon. Credit:NSW Police

Charbaji’s death ignited a string of gangland murders, including that of Ahmad’s brother Walid “Wally” who was killed in 2016 while sitting at an outdoor cafe in Bankstown.

Before the shooting, police had warned Ahmad a $1 million bounty had been placed on his head.

Two men – aged 37 and 49 – have already been arrested over their alleged involvementin his death. The third – a 26-year-old – was arrested during a vehicle stop in Campsie on Wednesday afternoon.

He was refused bail in Bankstown Local Court on Thursday. 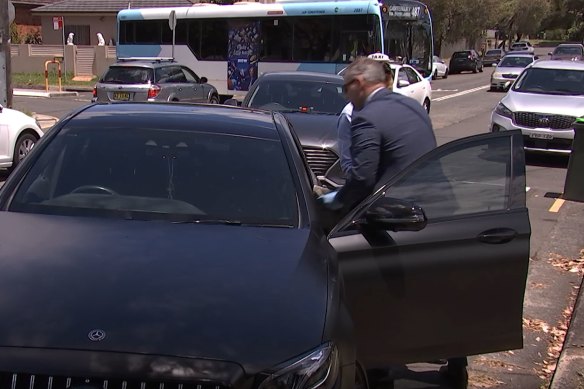 The 26-year-old was refused bail at Bankstown Local Court on Thursday and will remind behind bars. Credit:NSW Police

“Whilst he didn’t pull the trigger, from the actions of this man, he might as well [have] loaded the gun,” he said during a press conference on Thursday morning.

“We are alleging he was part of a sophisticated and meticulous planned murder plot.”

Doherty also said the accused man had fled overseas shortly after being questioned by police in May, before returning on October 31.

“So the message is, whether you go overseas or go interstate or you stay where you, are police will still find you,” he said.

The 37-year-old – Jason Laria – was charged with being an accessory after the fact to Ahmad’s murder. He was also charged with unrelated drug supply and criminal group offences.

The 49-year-old was charged with being an accessory before and after the fact to murder.

Both men also remain before the courts.

The arrests come as part of an operation by Task Force Erebus, which is investigating 14 fatal shootings and criminal activities by organised crime networks across Sydney.

“We are unrelenting in the pursuit of all people involved in organised crime. All the people that are linked to these murders we’re looking at, and we’ll continue to do this,” Doherty said.

“Hopefully, this gives some encouragement to the public that we are doing our best in relation to these murders. I think this [arrest] demonstrates we have been.”