An investigation conducted by rock band The Killers into allegations of sexual abuse by their crew during a 2009 tour found no evidence of assault.

A female sound engineer, who goes by Chez Cherrie on Twitter, shared a 2018 blog post to her account where she claimed that members of the band’s crew took advantage of a drugged woman in a dressing room in Milwaukee.

None of the band members, including Mormon lead singer Brandon Flowers, were implicated in the alleged assault and a ‘thorough investigation into past and present tour staff’ was conducted last week.

The band’s legal team Reynolds & Associates yesterday released a statement stating that the ‘serious accusations of sexual misconduct and a sexual assault backstage at the Rave in 2009 were discovered to be entirely unfounded’. 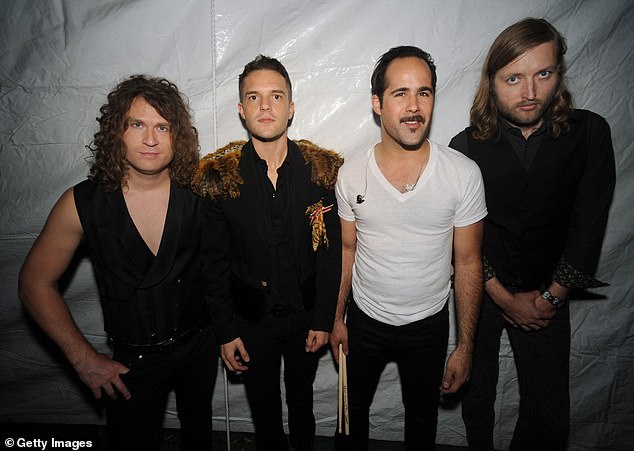 An investigation conducted by rock band The Killers into allegations of sexual abuse made by a former sound engineer found no evidence of assault. Pictured: Band members at the time (left to right) Dave Keuning, Brandon Flowers, Ronnie Vannucci Jr. and Mark Stoermer 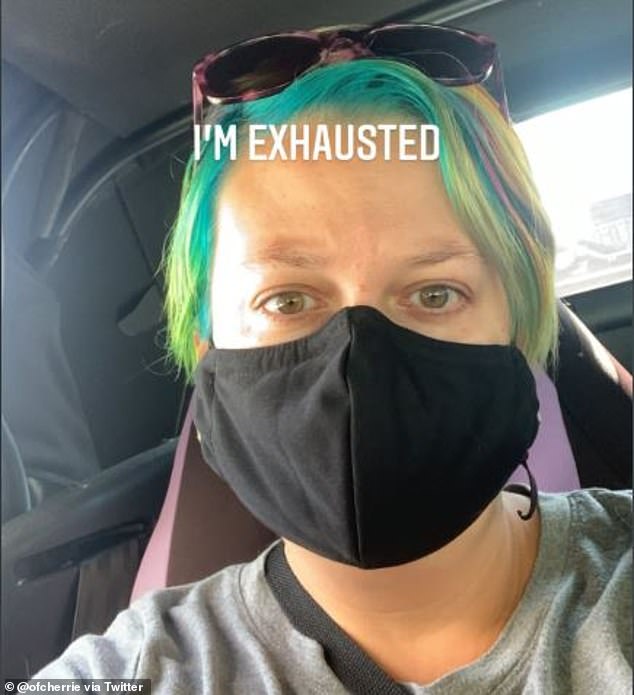 The Killers ‘expressed regret that the temporary crew member was made to feel unsafe and bullied’ and pledged make changes to the process of reporting bullying or assault for future tours, the statement added.

In her blog post, Cherrie – who worked for the band’s crew for three weeks – detailed how the ‘misogyny crept in slow’ during her time on the tour in 2009.

And she told how in one instance an ‘obviously blacked out, or close to it’ woman was abused by a number of the tour’s crew, before being left naked and unconscious in a dressing room.

The revelations were in stark contrast to the band’s squeaky-clean image. Devout frontman Flowers has spoken publicly about his clean-living ways, and how he avoids drugs, alcohol and smoking. 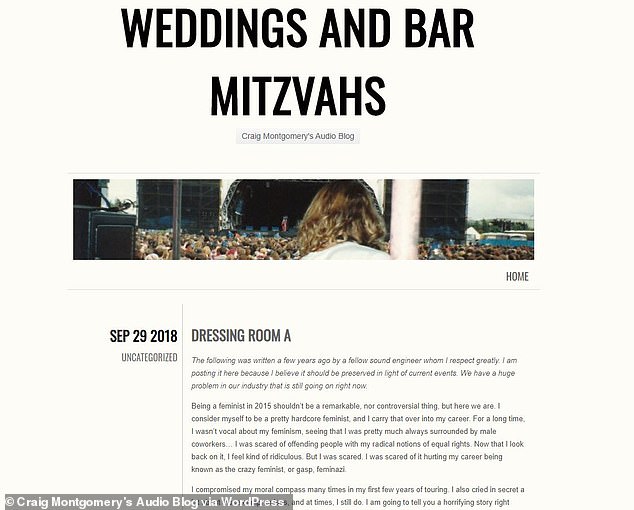 The female sound engineer, who goes by Chez Cherrie on Twitter, shared a 2018 blogpost to her account detailing the incident and sharing how the culture was misogynistic on tour

In her tweet, Cherrie wrote: ‘Trigger warning. This is my story. I was a tech for the largest sound company in the world working for one of the biggest bands in the world (still).

‘I’ve never had any sort of justice. I wonder about her all the time. Please share my story about my time with THE KILLERS.’

She then tweeted a link to her blog post, originally written in 2018, which detailed the alleged encounter at the Eagles Ballroom at the Rave in Milwaukee.

It read: ‘We were about half way through our load-in when [a voice] came over [the] radio and said, “Hey guys, there is a girl set up in Dressing Room A. Put your name on the list outside the door with your radio channel and we’ll call you when it’s your turn”.

‘I continued my load out, occasionally hearing a name come over the radio to notify them that it was their turn on the train in Dressing Room A.’ 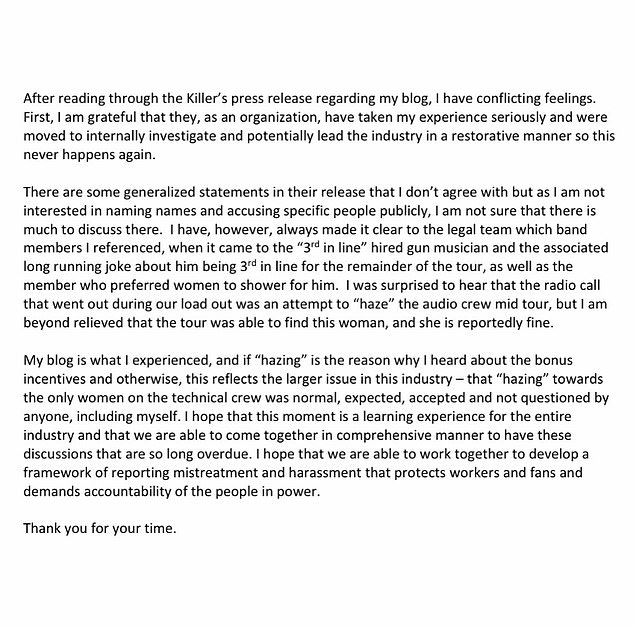 Cherrie replied to the statement on Twitter and stated: ‘After reading through the Killers’ press release regarding my blog, I have conflicting feelings 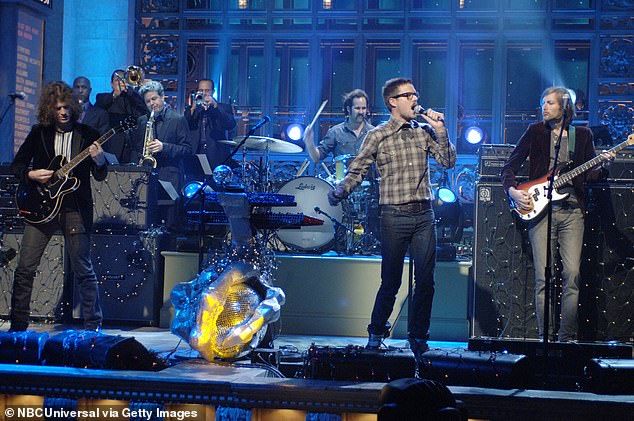 Cherrie added that she hadn’t thought much at first of the incident, believing the woman to be a ‘consenting adult,’ who had no qualms being with that many men – some of which were ‘happily married with children.’

The sound engineer would wind down for the night, hoping that ‘the disgusting behavior would be out of the guys’ systems.’

‘Unfortunately, that was not the case. Everyone was swapping stories about this woman and their experiences with her. They talked about her intoxication level, yet had no qualms that she was obviously blacked out, or close to it,’ she said.

She said that as they were departing a security guard ran toward the bus.

‘The security guy said, and I will never forget this moment because a piece of me died that night, “That girl in Dressing Room A is passed out and naked. Is anyone going to take care of her?”’

Cherrie alleged that male members of the crew simply laughed and refused to help before shutting the door.

She added: ‘The security guy looked down at his shoes and the bus pulled away, and part of my heart blackened and fell to the floor.

At the time of the alleged incident, the Las Vegas group were fronted by singer Brandon Flowers alongside guitarist Dave Keuning, bassist Mark Stoermer and drummer Ronnie Vannucci Jr.

Besides the incident in the dressing room, Cherrie detailed a long history of misogyny that she experienced while working with the band.

Sharing that she was the only woman working for the band, Cherrie noted that men working in the crew first started making crude jokes and inappropriate comments towards her.

Cherrie detailed being reprimanded for making a series of work-related comments that her male-counterparts had also made and were not scolded for.

The reprimanding became so bad and frequent, that one particular lashing resulted in Cherrie fleeing to the tour bus so that she could bawl her eyes out.

She added: ‘I remember one of the backline techs consoling me and telling me not to worry about it, that the FOH guy was always a d***… I couldn’t help but think, why wasn’t he a d*** to everyone else? Why was he only a d*** and verbally abusive to me on the daily?’ 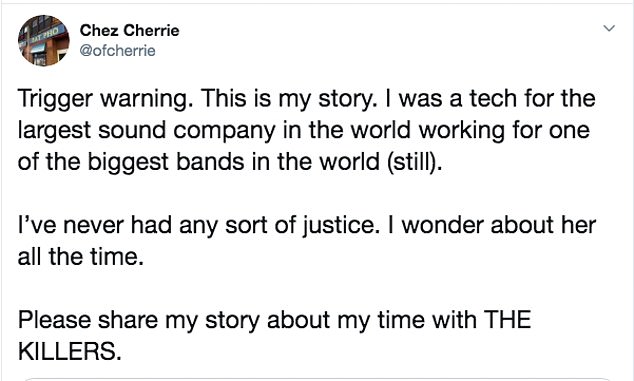 She said on Twitter: ‘Trigger warning. This is my story. I was a tech for the largest sound company in the world working for one of the biggest bands in the world (still)’

Cherrie described the bus as being ‘unsafe’ roughly a week into the tour, recalling how band members would exploit drunken groupies they brought on the bus.

‘It was like a sport to them,’ she said in the post. ‘They clued the audio crew into a special that they had going on. If we trolled for chicks for them, made sure we checked IDs and the girls would come backstage with the unspoken arrangement that they would blow a band member, we could get a $50 bonus.

‘Even more, if the girl would get naked and shower for one particular member, we would get an extra $50.’

Refusing to take part in the trolling, Cherrie said that incidents like that before the dressing room fiasco added to the culture that was prevalent while touring with the band.

The statement from the band’s legal team said that most of the information Cherrie received was from other people, and she did not see any of the events she speaks about first-hand.

They said the $50 alleged bonus scheme was nothing but a joke based upon touring legends from decades prior, Pitchfork report.

They said the claim about a list outside a dressing room door was a prank by an engineer who was fired in 2013.

They said the engineer – who previously made inappropriate and sexist comments – made the claims to the sound engineers’ radio channel as a prank. The dressing rooms were not labelled alphabetically, they added.

The woman mentioned in the allegations – who was located by the legal team – denied that she was never left alone in a dressing room and denied that there was a ‘list’ system when she was backstage with a friend.

Cherrie replied to the statement on Twitter and stated: ‘After reading through the Killers’ press release regarding my blog, I have conflicting feelings.

‘First, I am grateful that they, as an organization, have taken my experience seriously and were moved to internally investigate and potentially lead the industry in a restorative manner so this never happens again.’

She added: ‘I hope that this moment is a learning experience for the entire industry and that we are able to come together in a comprehensive manner to have these discussions that are so long overdue.

‘I hope that we are able to work together to develop a framework of reporting mistreatment and harassment that protects workers and fans and demands accountability of the people in power.’

Following Cherrie’s tweet, a legal representative for the band told MailOnline: ‘First and foremost, any allegations of inappropriate behavior by anyone on The Killers touring team are taken extremely seriously by the band and their management.

‘This person’s story is appalling and, while The Killers do not have the same touring crew in 2020 that they had earlier in their career, they will be conducting a thorough investigation into past and present tour staff.

‘Their legal team will be reaching out to this person for more information and clarity on the alleged incidents as detailed, as well as to the audio vendor who provided crew for the tour.

‘The band are astonished and shocked by these claims. The behavior attributed to them and their crew is unrecognizable and in direct opposition to the principles with which they run their workplace.’ 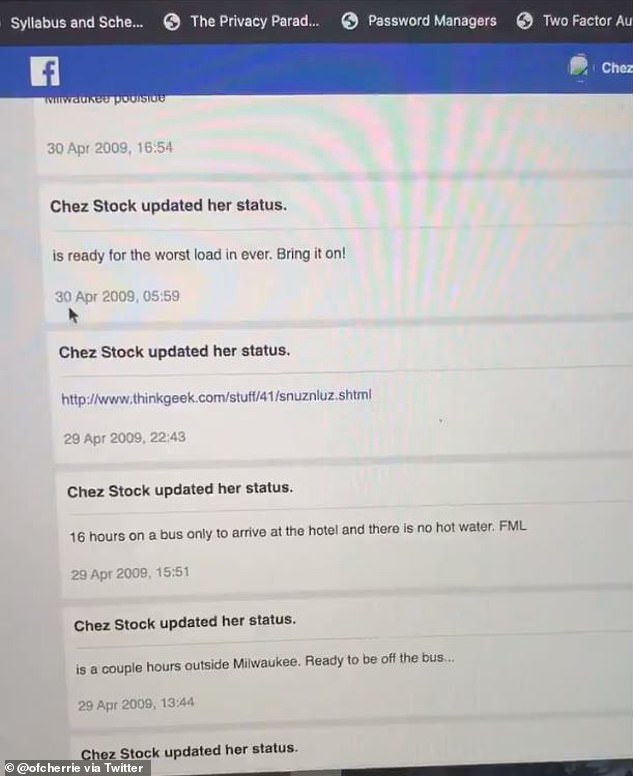 Flowers has has previously spoken about how he was tempted by alcohol in the bands early days, but gave up the booze after his wedding in 2005 – years before the alleged tour incident in 2009.

Speaking to the Daily Mail in 2007, he said: ‘I grew up reading all these stories about David Bowie getting loaded in the 70s. It all sounded so great. Suddenly, I was confronted with those things every day. The women, the drink, the drugs… I’m not going to pretend it was easy to deal with. It was a dilemma for me.

‘It was more about drink for me. I mean, being in a band is very much like being a permanent adolescent. So, yes, I’d drink alcohol. People would ask me how all that fitted in with my Mormon faith.

‘Well, I happen to belong to a very tolerant gathering. In any case, I’ve put all that behind me now. I’m a clean machine.’ 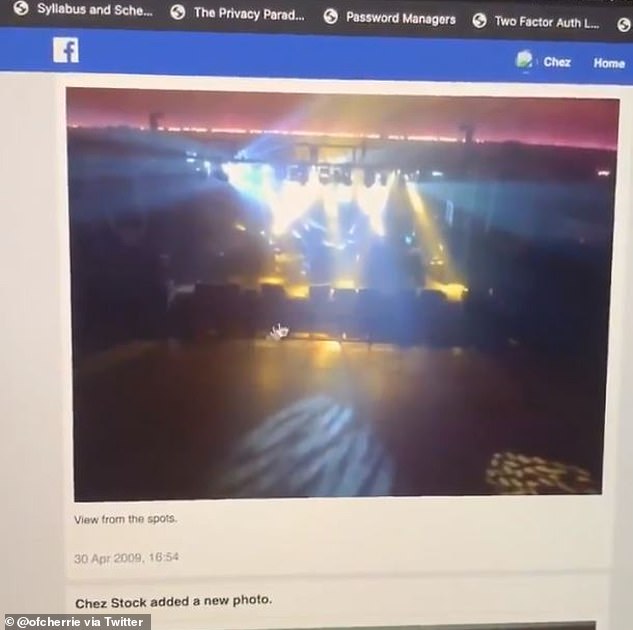 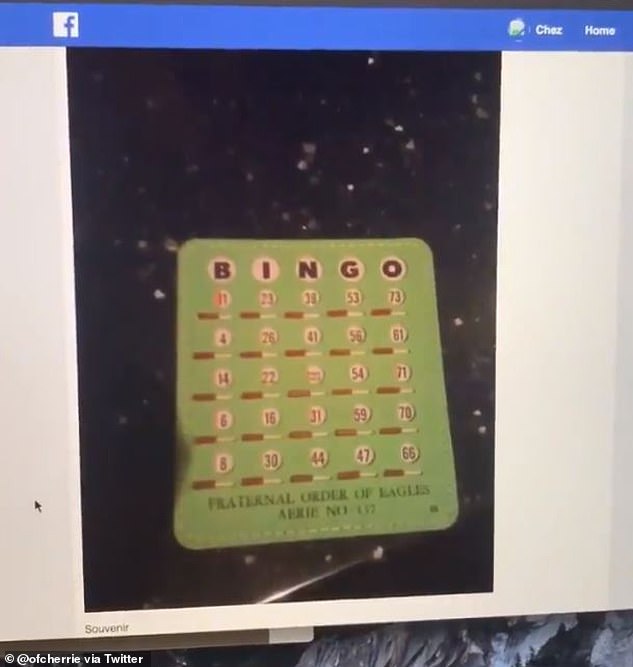 Cherrie shares a card from the Eagles Ballroom at the Rave in Milwaukee, where the assault allegedly took place