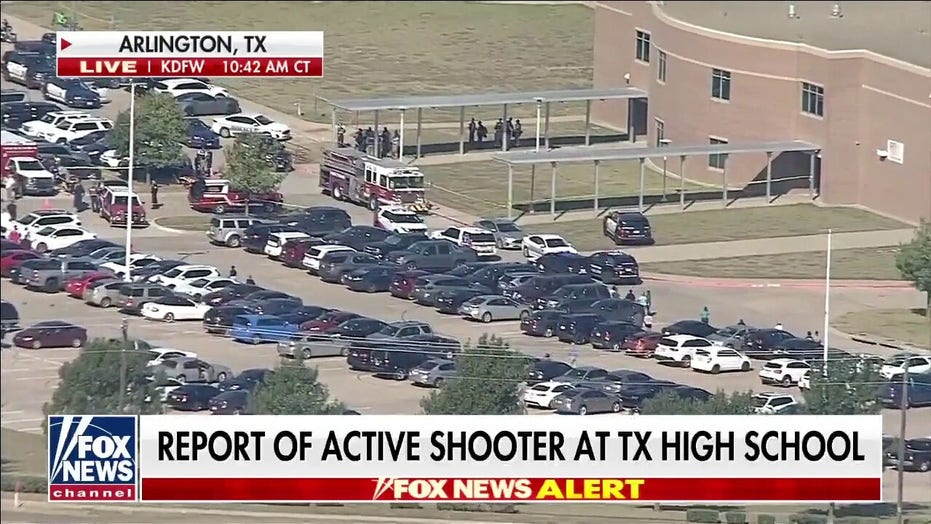 Police rush to scene in Arlington.

Texas police are responding to a high school shooting in Arlington Wednesday morning.

Arlington Police confirmed it was on the scene of a shooting at Timberview High School, and its officers were carrying out a “methodical search” and working closely with ATF (Bureau of Alcohol, Tobacco, Firearms and Explosives), the Mansfield Independent School District, which has its own police department, the Mansfield Police Department, Grand Prairie Police Department and other agencies.

It was not confirmed exactly how many people were injured. Fox 4 Dallas reported that multiple people had been shot.

The school district is setting up a parent reunification point at the Center for Performing Arts located at 1110 W. Debbie. Arlington police tweeted that officers will be at that scene, and students will eventually be bused to that location after the school is completely secured.

A spokeswoman with the Mansfield Independent School District confirmed to Fox News Digital by phone that there was a “police situation” at Timberview High School. She said “the school is on lockdown, students and staff are in their classrooms and offices are locked down, and no visitors are being admitted at this time,” but declined to provide any additional updates.

DFW Scanner, a digital news site serving North Texas, reported that multiple law enforcement agencies responded to the school around 9:30 a.m. local time, as radio calls came through about a potential shooter. The website also said a suspect might have since fled the school in a Dodge Charger.

According to the website, a Dallas Police Department’s Air-1 helicopter was overhead, as officers were inside searching the building.

This is a breaking news story. Check back for updates.