A Texas man is accused of shooting his adult son and then proceeding to have a 20-minute long “father-son” talk with him before finally fatally stabbing him with a kitchen knife, prosecutors said.

Sherman Shirley Fricks Sr., 68, was arrested Sunday and charged with first-degree felony murder in the death of his 27-year-old son, Sherman Palmer Fricks Jr., in their Deer Park home located outside of Houston.

During a probable cause hearing on Monday, prosecutors said Fricks Sr. said he had called law enforcement on his son in the past but the two were never able to “fix it.” "So today, he decided to fix it," a prosecutor said, according to The Houston Chronicle. 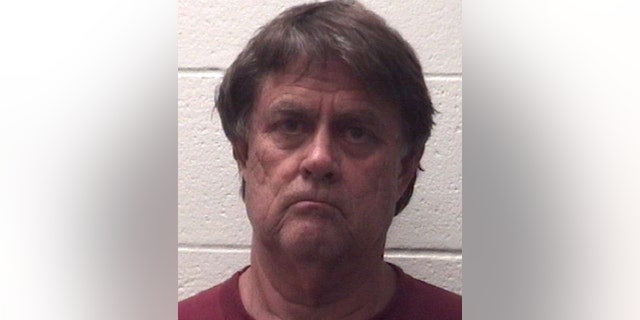 Sherman Shirley Fricks, 68, was charged with murder for allegedly shooting his son, then having a 20-minute "father-son" conversation before stabbing him to death in Deer Park, Texas, on Sunday.
(Deer Park Police Department)

The day before the incident, the father visited a local electronics store with his son after the son’s phone broke. On the ride over, the son began kicking the back of the front passenger’s seat where the father’s girlfriend was sitting.

Prosecutors argued that Fricks Sr. planned to shoot his son in the back the next day. Fricks Sr. allegedly waited with a .380 pistol for his son to return home from lunch. When the dad asked what his son had ordered and the son gave a “smart” remark, prosecutors said Fricks Sr. “started shooting at him until nothing else came out of the handgun.”

When he realized his son was still alive, he started a “father-son” talk with him until stabbing him with a kitchen knife 20 minutes later, prosecutors said.

Police responding to the domestic disturbance call found Fricks Jr. with several injuries and immediately performed CPR on him before transporting him to Bayshore Hospital. He was later pronounced dead at the medical center.

Fricks Sr. could face life in prison if convicted. He was released after posting $60,000 in bail.