VINEGAR, squirted liberally, is an effective treatment for flying ants. They really don’t like it. Something similar may be happening in our politics.

We will know more overnight, when the Peterborough by-election result will be announced. Can Nigel Farage’s Brexit Party win this core Middle Britain seat? 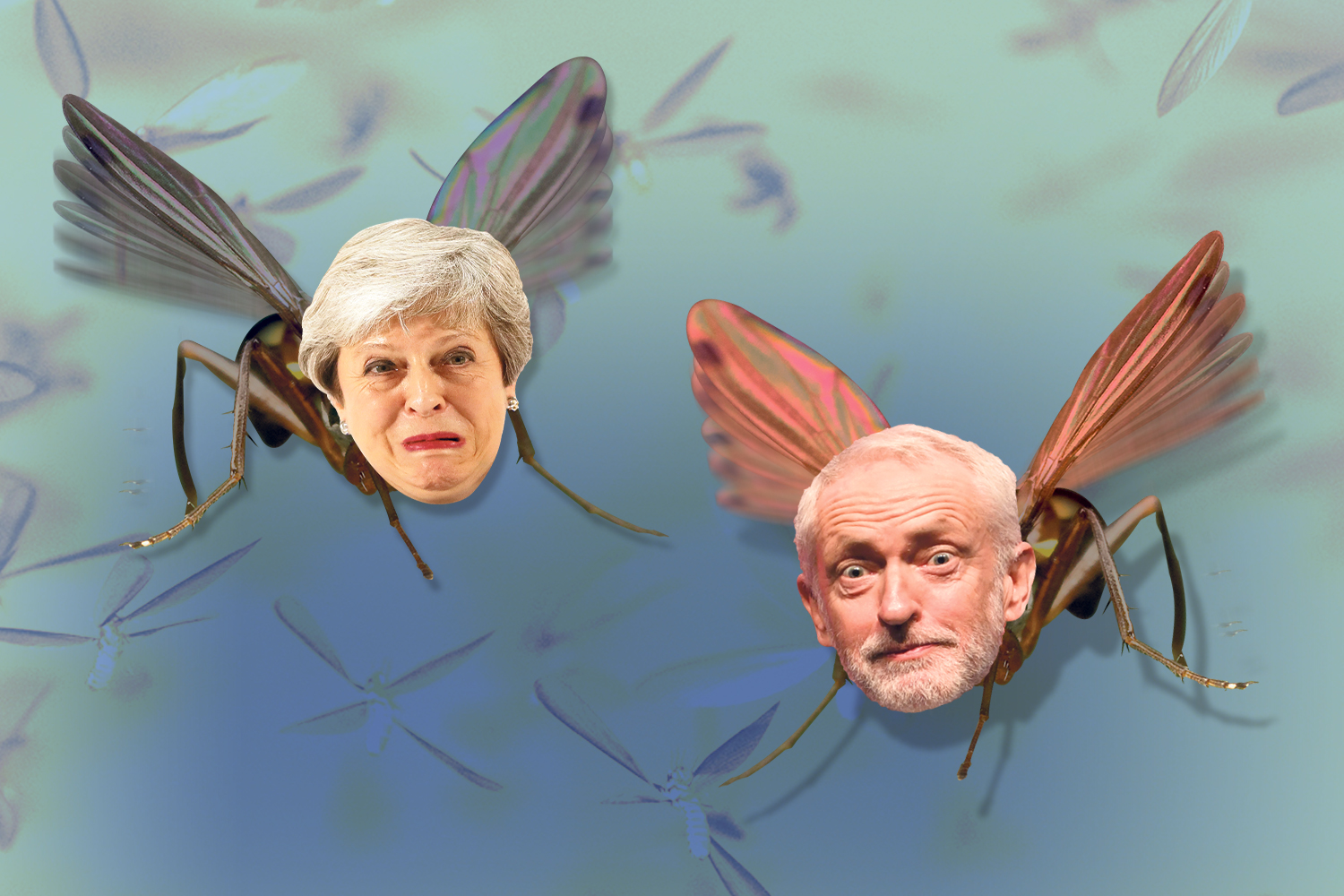 Difficult, but it would be a heck of a result and could do to those insects in Westminster what a dose of Sarson’s does to the winged pests that erupt from house walls on hot days.

Even if Farage does not pull off a cup upset in Peterborough, Westminster is starting to get jumpy. About time, too! Theresa May quits the Tory leadership tomorrow and the race to succeed her has begun with almost as many runners as the Grand National.

Quite a few of them will end up in the glue factory.

Prince Charles’s pro-EU pal Rory Stewart, the little-known International Development Secretary, has made a wonderful fool of himself by standing for the job. Stewart has filmed selfie videos presenting himself as man-of-the-masses, in places such as, er, genteel Kew Gardens.

Deluded commentators in the Westminster village have praised his social-media “outreach”. It’s the political elite’s echo chamber at work again.

If Stewart really wants to meet the people to see what they think of his plan to soften Brexit to the point of non-existence, he should haul himself off to somewhere like Asda in Walsall, in the West Midlands.

Brummies would soon let him know exactly what they thought of his proposal to ignore the 2016 referendum’s 17.4million Leave voters.

Meanwhile, the Health Secretary, Matt Hancock (another soft Brexiteer), polished his credentials to be Tory leader by releasing a video of himself playing office cricket with a few of his civil servants. I had to watch this stunt twice just to make sure it wasn’t a spoof from Armando Iannucci, one of the sharp comic brains behind Alan Partridge.

Not that Hancock is the silliest of the bunch. Sam Gyimah, an obscure former junior minister, was last night persisting with his leadership campaign even though he did not have the declared support of a single MP (except, presumably, himself).

This was almost pathetic in the proper sense of the word — ie enough to make you feel sad for the bloke. But in the end I’m afraid my heart remained unmoved. Gyimah simply looked a prat.

Labour’s comrades are at each other’s throats, the Lib Dems have their own leadership contest (ZZZZZZZZ) and the Change UK brigade, just a few weeks after their creation, are disintegrating like one of strongman Geoff Capes’s deckchairs. More than half of them quit, leaving a rump that will be led by spluttering Anna Soubry, as shouty as a Jack Russell snapping at a postie’s ankles.

Call me a crazy optimist, but I think the mayhem in our politics is healthy

All this was happening while Hurricane Trump blew into town and gave half-pint London Mayor Sadiq Khan a few home truths. The President also showed Jeremy Corbyn to be two-faced, revealing that Corbyn — who happily joined a rally where Trump was slandered as a fascist — had begged him for a one-to-one meeting. The crawler.

Looking at this turmoil, you might think: “That’s it, I’m emigrating to strong, stable Venezuela.” Don’t book your ticket to Caracas just yet.

Call me a crazy optimist, but I think the mayhem in our politics is healthy — a sign that it’s finally sinking into Westminster’s blockheads that they need to start reflecting and stop blocking public opinion.

Theresa May first. The PM’s departure was so often predicted that it is hard to believe she and husband Philip are finally emptying their smalls drawers at No10.

But after her tearful announcement two weeks ago in Downing Street, there is no way back for Madam Glumbucket. A nation mourns? Don’t let’s put it that strongly but nor should we gloat.

Allow her a decent adieu. She occupied high office with dignity and seriousness and was not tacky, like some recent PMs. There was no Carole Caplin or Lord Levy in her coterie, thank goodness.

MORE BALLSY ABOUT A NO DEAL BREXIT

If that was an example of politicians learning from their predecessors’ mistakes, might the same be happening with the EU crisis? Tory and Labour MPs have been terrified by the rise of Farage’s Brexit Party.

Peterborough was a swing seat won by Labour in 2017 by now-disgraced Fiona Onasanya, jailed after trying to cheat a motoring offence.

Whatever the result, the Peterborough campaign showed that neither of the two main parties can take Middle Britain for granted.

That has made northern Labour MPs wary of seeking a second referendum. And it has caused a big change in the Tory leadership election campaign.

Front-runner Boris Johnson and his main rivals Michael Gove, Jeremy Hunt, Dominic Raab and Sajid Javid are all being much more ballsy about a No Deal Brexit.

The three Remain candidates — Hancock, Stewart and Gyimah — are trailing badly. It is hard to say who will win but if, as likely, it is Boris, Gove or Raab, the next PM should be much more in tune with public opinion.

Meanwhile, the determinedly anti-Brexit Tory MP Phillip Lee looks doomed after a row with his activists in Bracknell. The people are revolting!

With an opinion poll having now suggested that the Brexit Party may have a national lead, MPs on both sides of the Commons are finally clocking the possibility that they could lose their seats. 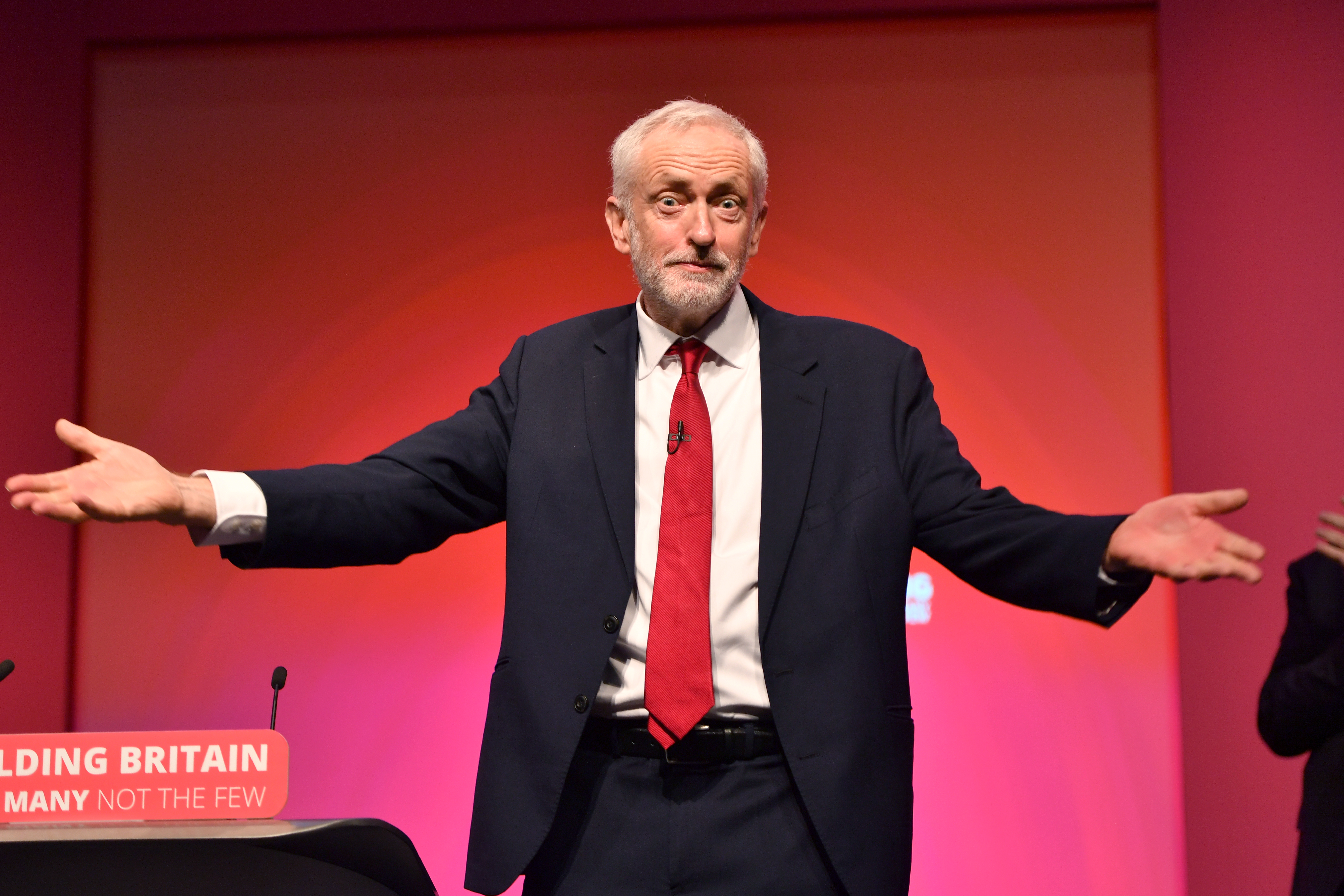 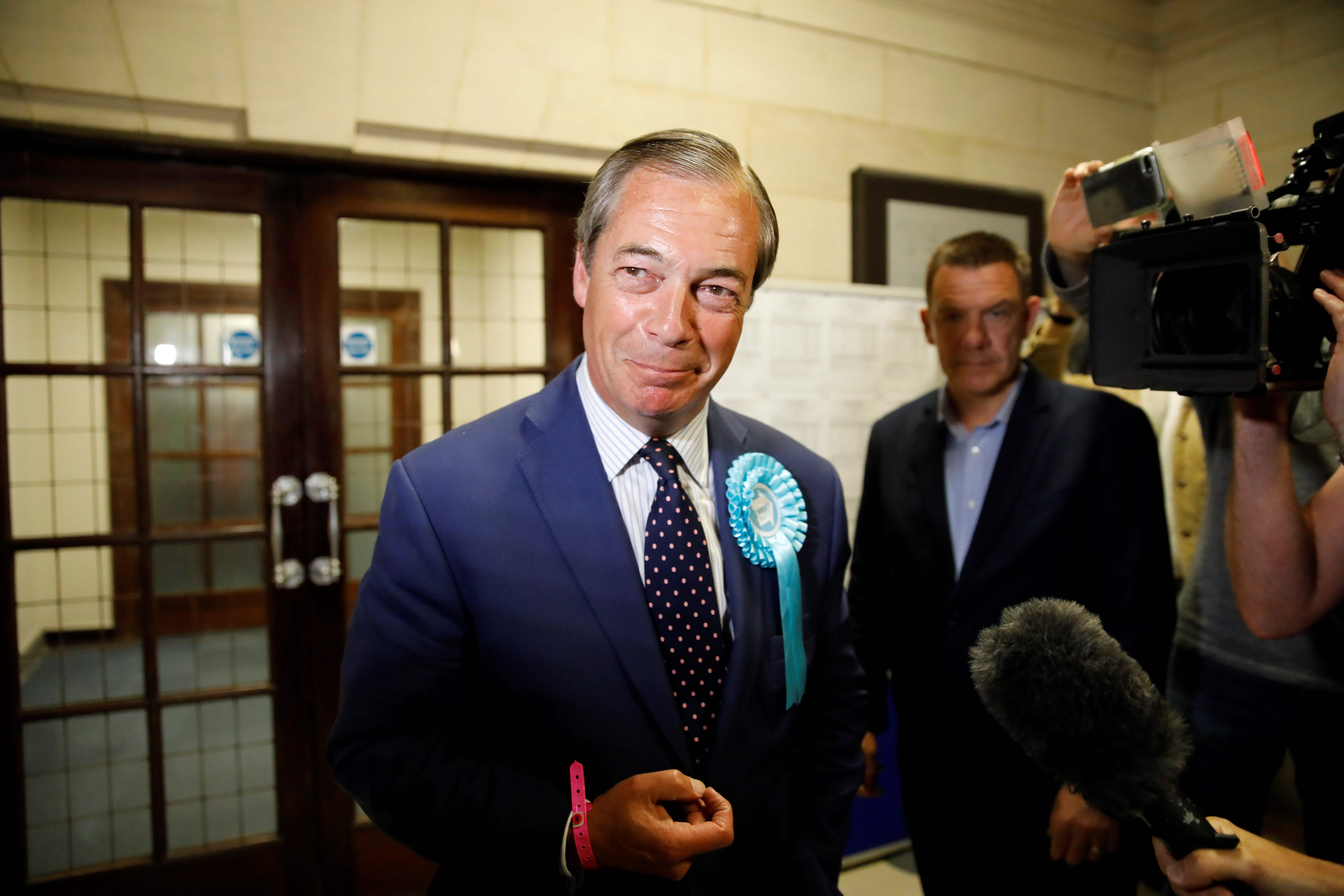 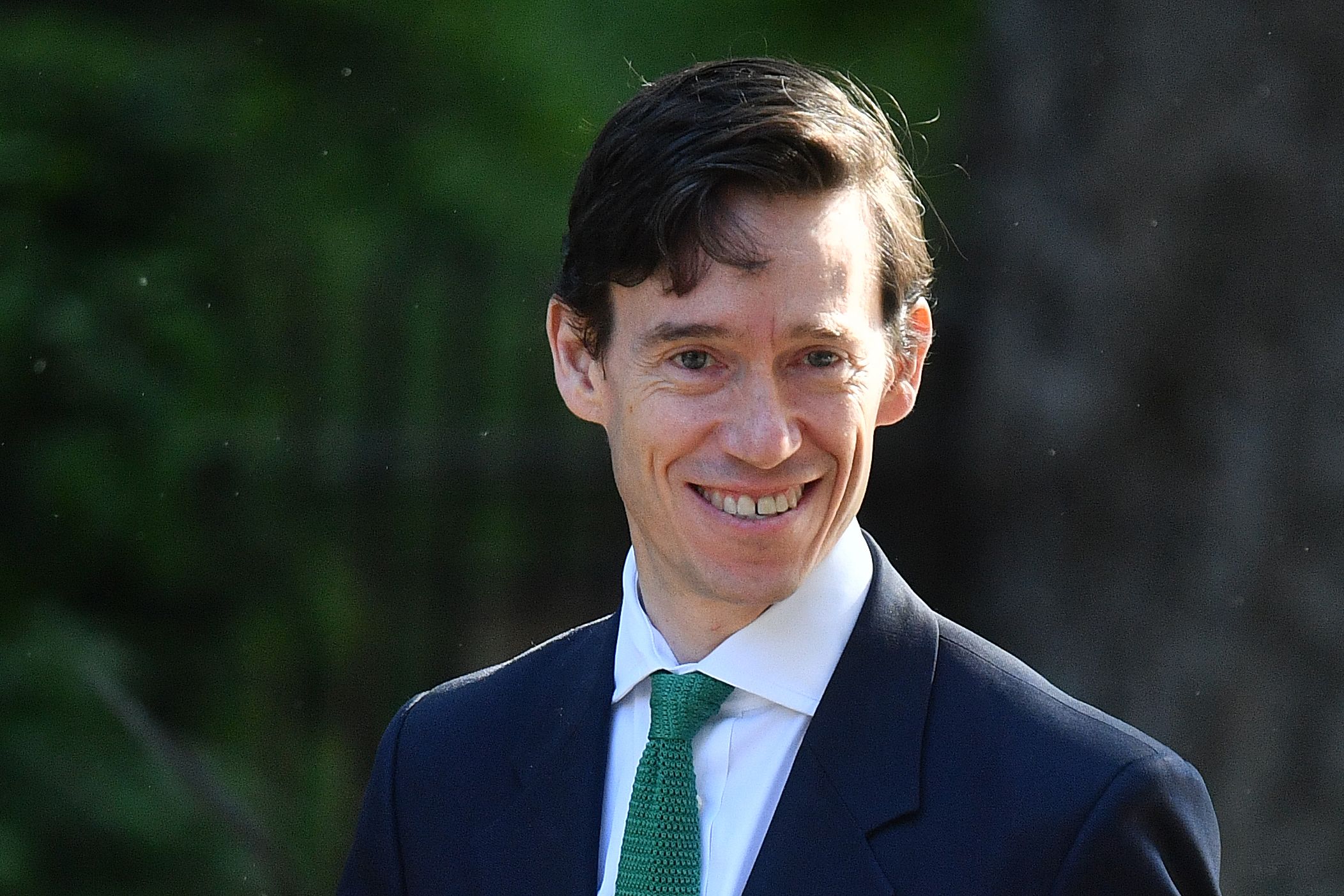 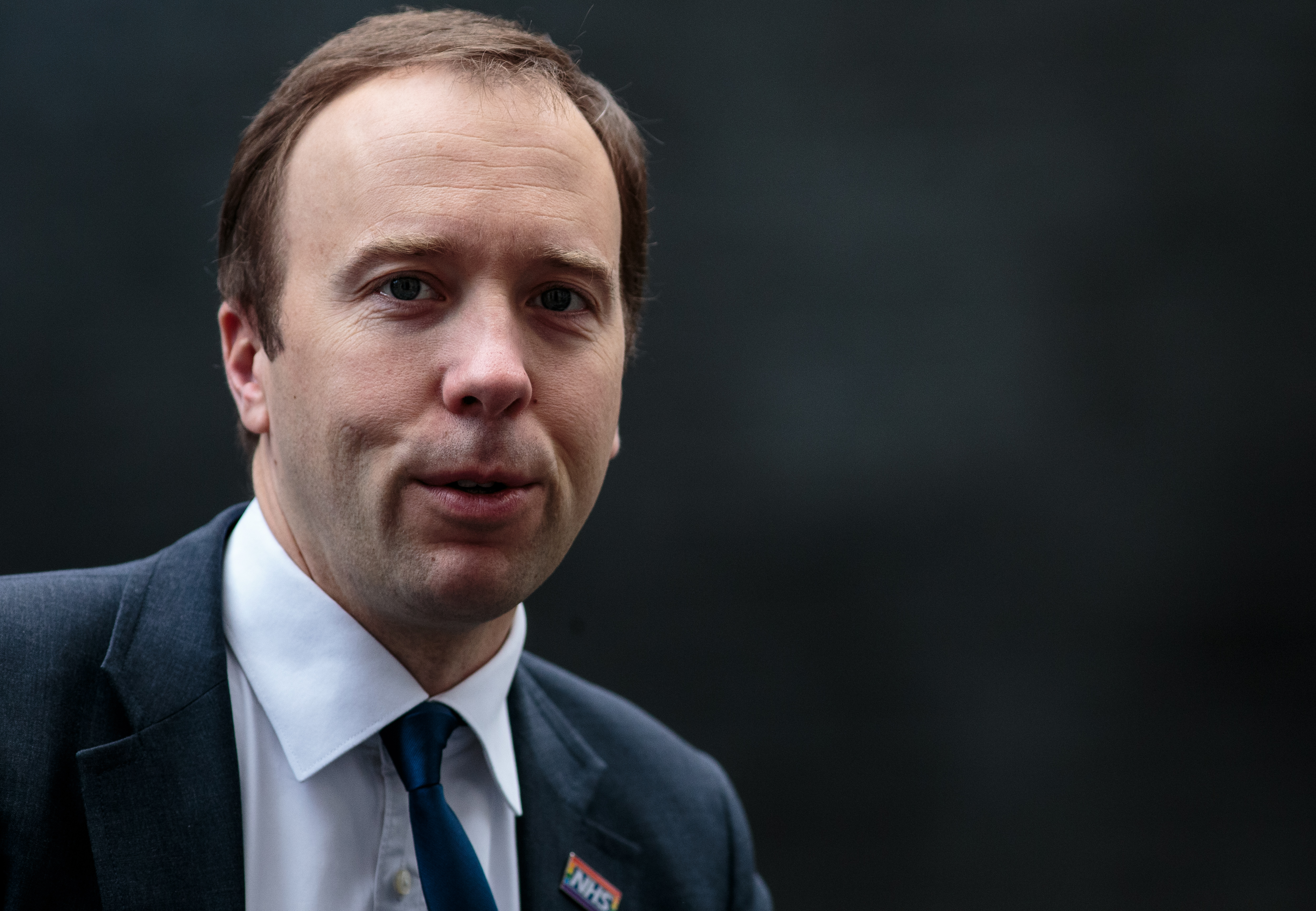