CHILLING video footage has emerged said to a show a long-haired GHOST spying on a man in his bedroom.

The eerie three-minute clip opens with the bizarre figure peering through a window after the curtains appear to open by themselves. 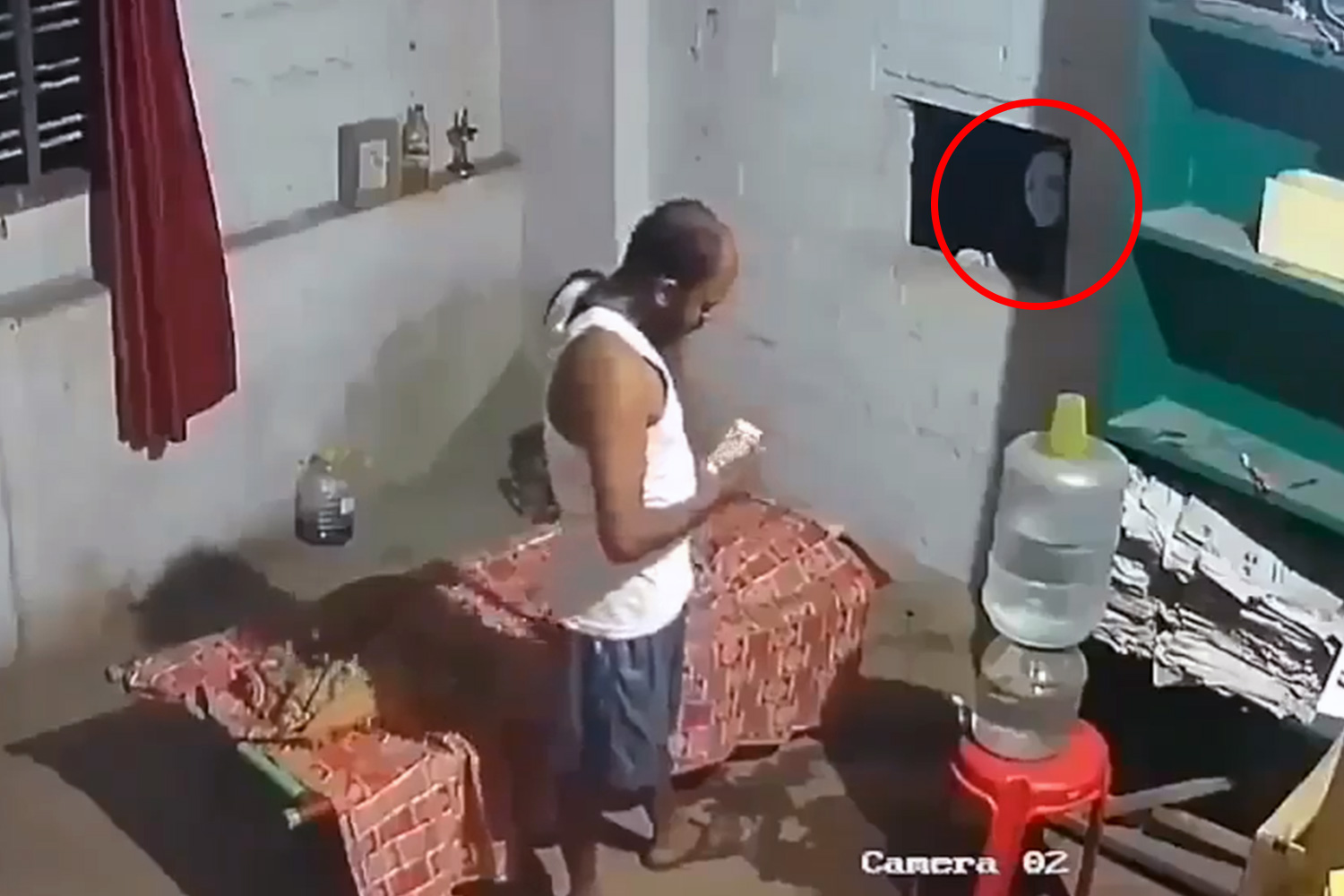 Then the pale-faced figure suddenly vanishes only to appear on the outside of an open hatch on the other side of the room.

The disc-faced "fiend" seems to be staring directly at the bearded man who seems completely oblivious to its presence.

A pale hand is then seen inching through the hole while the homeowner stares at his mobile phone just a few feet away. 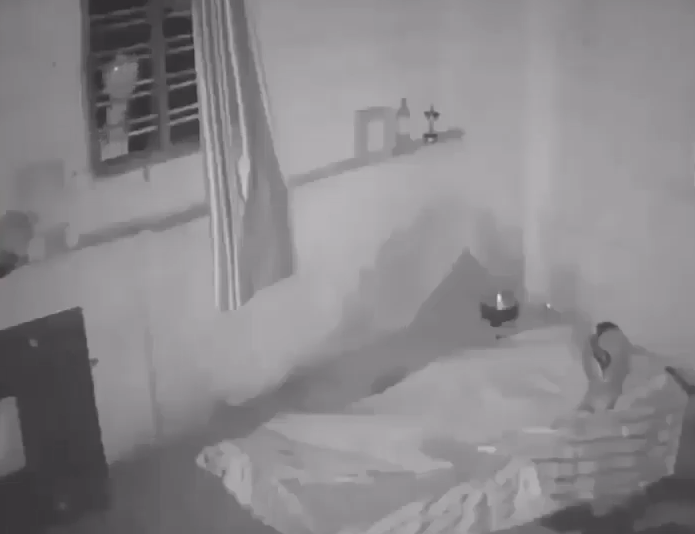 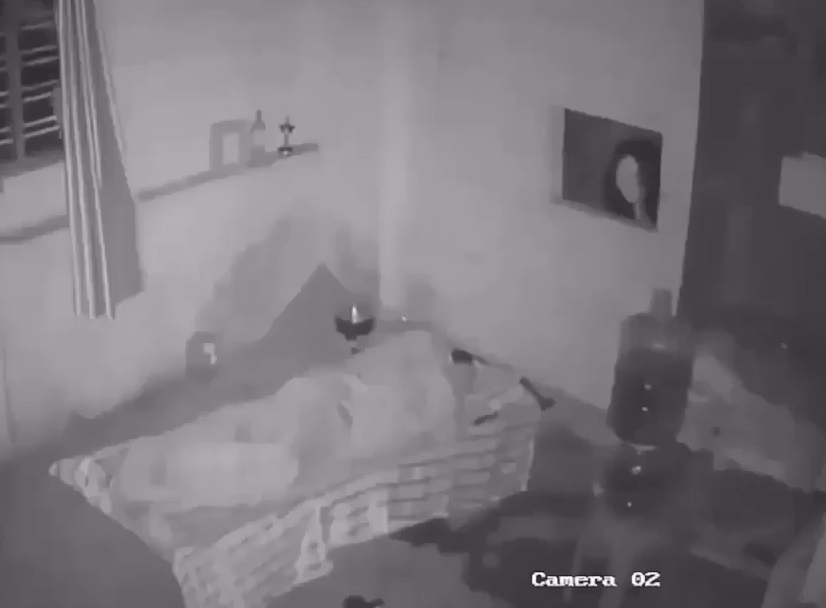 The terrifying video was shared on Facebook along with the caption: 'Man has an unexpected visitor …while he's asleep.'

It is not known where or when it was filmed but, not surprisingly,  not everybody is convinced it is for real.

Many were quick to fill the comments section claiming the video is just a very good fake, reports news.com.

One wrote: “So why can this “ghost” go through the window but yet has to move the curtain to get into the room?  I laugh every time I see these kinds of videos.

"I’m also amazed at how quickly he fell back asleep; he laid back down and two seconds later the activity started again and he was allegedly asleep."

While Krissie Pugh added: "I believe in spirits but this is completely fake if you look at it properly it's a man with a mask."

However others were left terrified by the clip with one writing: "Omg what the….now that's really creepy." 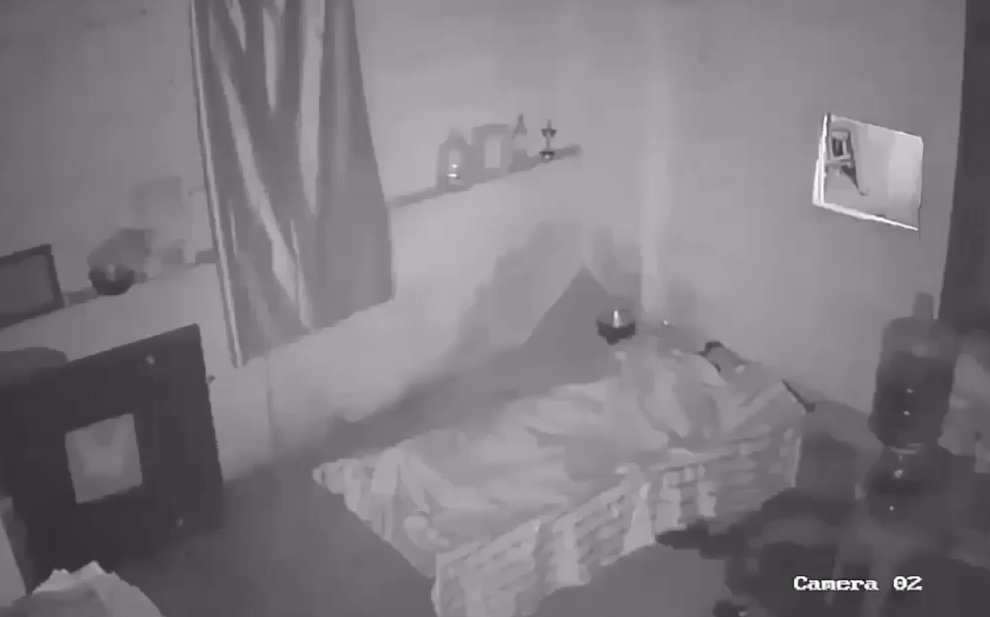