Taiwan has called on China to “sincerely repent” for the bloody crackdown in Tiananmen Square, as the government remains silent on the 30th anniversary of the tragedy.

The self-ruling democratic island has also accused the Chinese government of continuing to cover up the killings in Beijing in 1989.

Tanks were sent in to quell months of student-led pro-democracy protests on the night of 3 June 1989, with the operation ending the following morning. 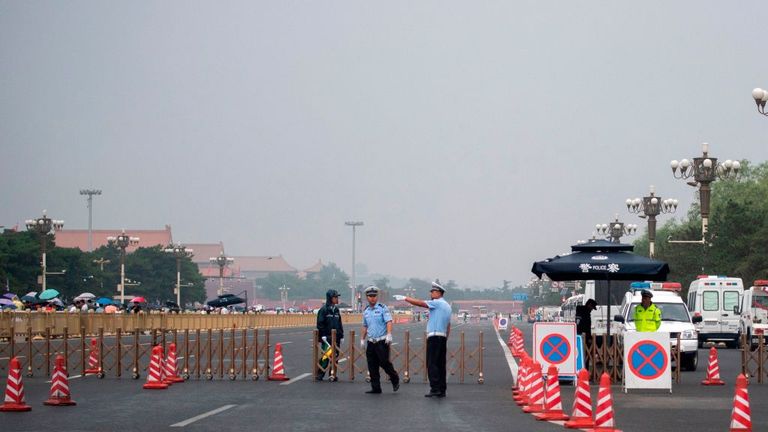 The Chinese government has never released an official death count, but estimates range from several hundred to thousands.

Among the students’ demands were a free press and freedom of speech, disclosure of leaders’ assets and freedom to demonstrate.

The events in Tiananmen square remain a point of contention between China and many Western countries, which have implored the country’s leaders to admit ordering the People’s Liberation Army to open fire on protesters.

US Secretary of State Mike Pompeo called on Beijing on Monday to mark the anniversary by releasing all prisoners jailed for fighting human rights abuses in China.

He said: “Such a step would begin to demonstrate the Communist Party’s willingness to respect human rights and fundamental freedoms.”

Chinese Defence Minister Wei Fenghe told a security forum in Singapore on Sunday the crackdown was the “correct” decision, citing China’s stability since then.

Analysts say the violence set the ruling Communist Party on a path of repression and control that continues to this day. 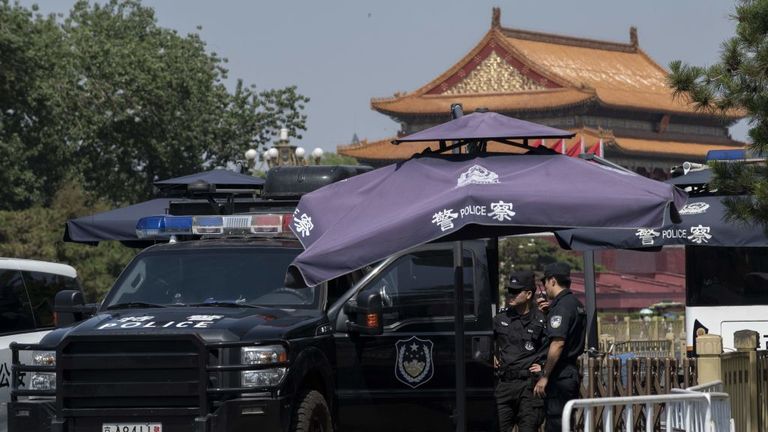 Security has been tightened around Tiananmen Square for the anniversary, in what is seen as a reminder of the government’s attempts to quash any memories of the crackdown.

The anniversary is not spoken of openly in China and will not be formally marked by the government.

Authorities have also blocked access to information about it on the internet.

Bilibili, a Chinese video streaming site, announced last week that its popular real-time comments feature will be disabled until 6 June for “system upgrades”.

For many people in China the anniversary will pass like any other day.

Thousands of tourists who arrived at the square on Tuesday were greeted by extra checkpoints and street closures.

Security on and near the square was heavy, with no signs of any protests or other memorial events. Hundreds of uniformed and plainclothes police were monitoring the square and its surroundings, conducting spot ID checks and inspecting car trunks.

Tourists who were approached on Tuesday said they were unaware of the events in 1989.

An older woman applying grout to a building close to the square’s south entrance said of the anniversary: “That’s today? I’d forgotten.”

She quickly waved away a Reuters reporter when security guards approached.

Her colleague, a younger man, said he had never heard of the crackdown.

One man, with the surname Li and aged 67, said he remembered the night clearly.

Sitting on a bench about a 10-minute walk from the square, he said: “I was on my way back home from work. Changan Avenue was strewn with burned-out vehicles. The People’s Liberation Army killed many people. It was a bloodbath.” Asked if he thought the government should give a full account of the violence, he said: “What’s the point? These students died for nothing.”

Every year, dozens of activists, government critics and journalists are detained by police in the run-up to the anniversary.

Others are placed under house arrest or their movements and communications are curtailed.

Chinese rock musician Li Zhi, who has been outspoken and sung songs about social issues including the Tiananmen Square crackdown, has not been seen for three months.

His upcoming tour has been cancelled and his social media accounts taken down.

Thirteen people, including a filmmaker, have either been detained or taken away from their homes in connection with the anniversary, according to Chinese Human Rights Defenders, an advocacy group.

Beijing-based Hu Jia said he was taken to the eastern coastal city of Qinghuangdao on 30 May by security agents.

Rights groups have said special restrictions have been placed on members of the Tiananmen Mothers group, including Zhang Xianling, 81, and Ding Zilin, 82, whose sons were killed in the military assault.

Thousands are expected to turn out for a candlelight vigil in Hong Kong on Tuesday night, which has greater freedoms under a one country, two systems principle since the return of the former British colony to China in 1997.

An artist recreated the Tiananmen Square “tank man” image with inflatables to mark the anniversary in March.

The photograph of an unknown man in a white shirt standing in the path of tanks in the square is one of the 20th century’s most iconic images of peaceful protest.

Malang, Indonesia: Indonesian football authorities rejected a request from police to shift the ill-fated Javanese derby between Arema FC and