A storm in France has caused severe flooding and at least nine people are missing – as Italy braces itself for the incoming rain and wind.

The UK has been hit by the fringes of the storm, with heavy rain and winds set to persist throughout the weekend.

In France, Nice and its surrounding areas were the hardest hit overnight as 500mm (20ins) of rain was recorded over 12 hours in some areas, according to Meteo France. 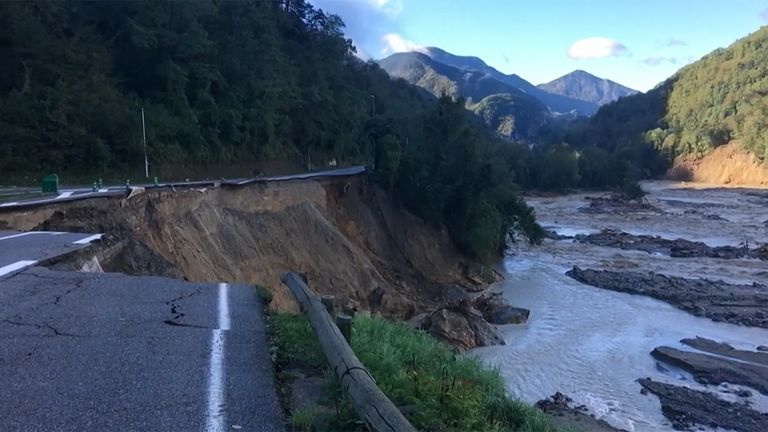 That amounts to nearly a year’s worth of average rainfall, more than 3 October 2015 when 20 people died in floods in Cannes and the surrounding area on the French Riviera.

Authorities said hundreds of firefighters are looking for at least nine people who are missing after the Alpes-Maritimes department, on the border with Italy, was placed on red alert on Friday.

Flooding caused by Storm Alex has damaged houses, bridges and roads overnight in the mountainous region while some villages have been cut off, Nice authorities said.

Christian Estrosi, Nice’s mayor, expressed his “sympathy” for the families of those missing.

He said more than 100 homes have been destroyed or severely damaged. 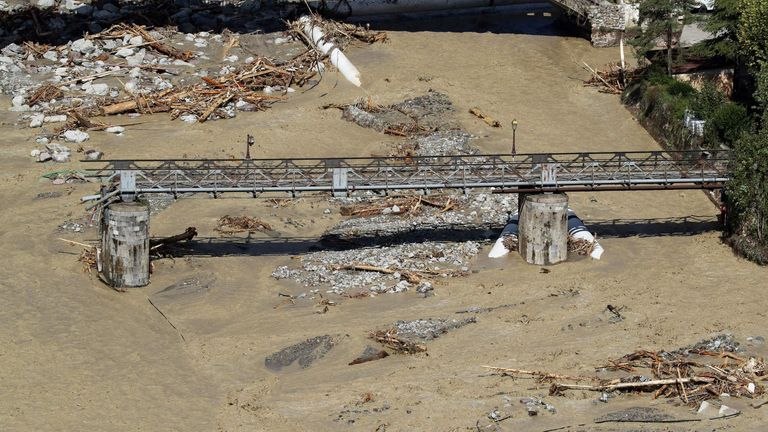 French President Emmanuel Macron said he is thinking of the victims and their loved ones as he expressed his gratitude for rescue workers.

“Together, we will get through this,” he tweeted.

French Prime Minister Jean Castex and Interior Minister Gerald Darmanin are expected to arrive in the area later on Saturday.

The storm caused heavy winds of more than 112mph (180kph) in Brittany between Thursday and Friday.

French authorities downgraded the alert to orange on Saturday as Alex moved towards Italy.

In Venice, the Italian city’s long-delayed flood barriers were deployed for the first time on Saturday. 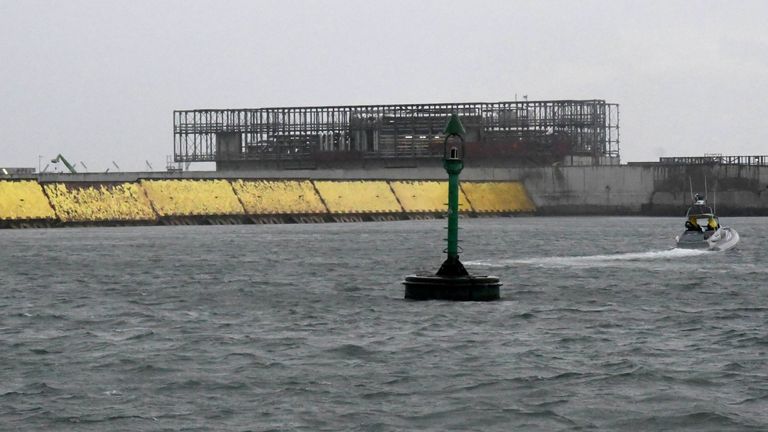 Forecasters warned the storm could combine with high tides to inundate the sinking city.

The network of 78 bright yellow barriers that guard the entrance to the Venetian lagoon started to lift from the seabed more than three hours before high tide was scheduled.

Driven by strong winds and heavy rain, the tide was expected to reach 130cm (51ins), well below the 187cm (74ins) tide that plunged much of Venice under water last November, but enough to leave low-lying areas deep under water. The barrier system, called Mose, was designed in 1984 and was due to come into service in 2011 but the project was plagued by corruption, overrunning costs and prolonged delays.

It was finally tested in July and was deemed ready to use in bad weather as rising sea levels and unusually high tides mix with land subsidence to cause worsening floods.