THE only way I wanted to watch football as a kid was standing up behind the goal, but this was an ambition it took me nearly a decade to realise.

My grandad started taking me to West Brom in 1974. Our seats were on the halfway line — we could hardly have been ­further from the terraces behind the goals, but I used to admire them from afar. 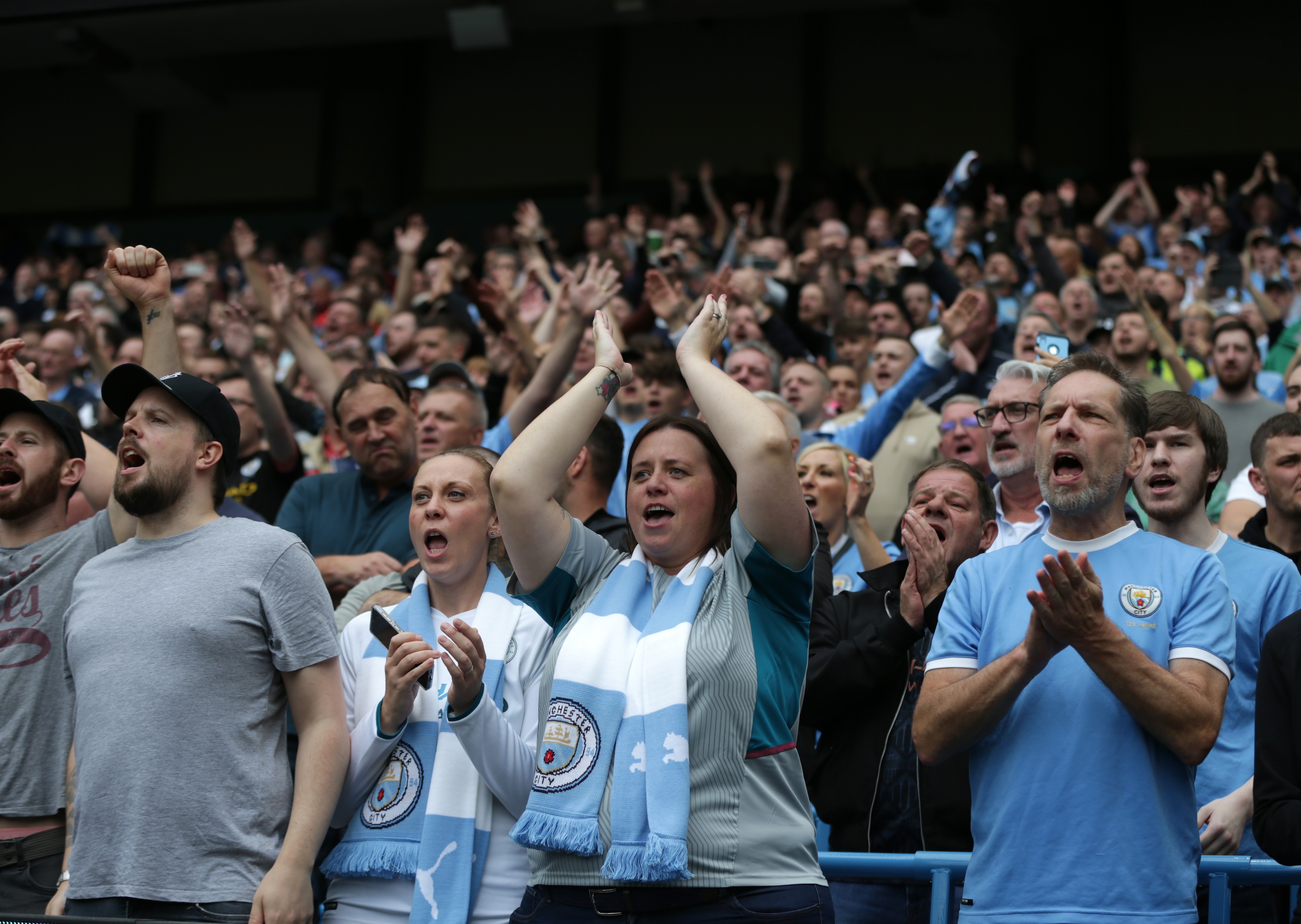 They seemed to be packed with supporters of a different level of passion to us.

We only stood up when we scored — in the Birmingham Road End they stood the whole time. So getting to their feet to express their joy when West Brom hit the net wasn’t an option for them.

Instead, they ­simply went berserk. I’d look at their frantic tangle of flailing limbs in frightened admiration.

I wanted to be in there with them, even though I doubted I’d survive the ­experience.

Grandad told me it would be far too rough for us to take ourselves to a terrace.

But now the Government has announced that safe standing areas will be introduced to the terraces. Premier League and Championship clubs have been invited to apply for “safe standing” licences.

Under the trial scheme, from January they will be allowed to dedicate part of their ­terraces to standing, with special rail seats to provide safe support.

It wasn't until I was 15 that I got the chance to visit the ­terraces.

A girl at school was a Wolves fan and she offered me a lift to Molineux with her dad to see West Brom play.

The poor man assumed I’d be sitting with them and he begged me not to go to the away end as the terraces were where our bad lads and Wolves’ bad lads generally fought like dogs.

But I was determined to lose my ­standing virginity.

I thought not sitting down would feel odd, but far from it. Standing up felt far more natural. Yes, I was scared, especially when a Wolves fan tried to bully me.

But we won 2-1 and I couldn’t have cared less. I never sat down at a football match again, until standing was banned.

The ban was for very good reasons, in the aftermath of the Hillsborough tragedy.

But it’s brilliant that safe standing has become possible.

For far too long, we’ve been in a ­potentially dangerous halfway house on this, where fans have ended up standing even though it was against the rules.

There’ll be those who’ll splutter that we should have jolly well behaved ourselves and kept our bums on the seats.

That’s a fair point, but doesn’t allow for the fact that the excitement and passion football generates almost demands getting to your feet — we just can’t help ourselves.

It looks like the authorities are meeting us midway with this plan — we can stand up safely.

And frankly it’s even better than that because the rules state that there still has to be a seat in your standing place.

This is great because as well as being wonderfully exciting, football can on ­occasion be rather boring.

When this is the case, we will still be able to have a little sit down.

And those seats will really come into their own in times of grave disappointment.

When you’ve thrown away a 1-0 lead in injury time for example, it’s very difficult to express despair properly without a seat of some kind to slump into.

We’ll have another option too. Instead of sitting, we may choose to rest our head on the safety rail in dismay.

In fact, let us here and now christen that rail the “wailing railing”. On it we’ll be able to sob out our sorrows in some ­comfort. I can’t wait to give this a try.

As you’ll have realised, I find watching football decidedly stressful and this has got steadily worse over the years.

Let us here and now christen that rail the “wailing railing”. On it we’ll be able to sob out our sorrows in some ­comfort

I’ve often wondered why this was and now, writing this, the answer has come to me.

I think it might be because having to sit down at football for the past quarter of a century has added to the already heavy weight of stress.

Standing up, I’ll be able to go back to the fidgeting, hopping about and so on that used to relieve the tension.

Instead, in my seat at West Brom, ­season in, season out, I’ve been wedged between big blokes with the back of the seat in front digging into my knees.

No wonder I’ve ended up growling like a caged animal in some distress.

OK, it’s my team’s poor performances that have made me miserable, but the seat the club’s been squashing me into has helped not a jot.

I can’t wait to get my standing seat sorted so I can jump for joy, fidget like mad, sit in despair and do some wailing on my railing all on one blissful afternoon.