A man has been charged with the murder of his mother in Melbourne’s east.

Allan Miller, 49, was the subject of a filing hearing at Melbourne Magistrates Court on Wednesday afternoon after he was charged over the death of 77-year-old Maureen Miller. 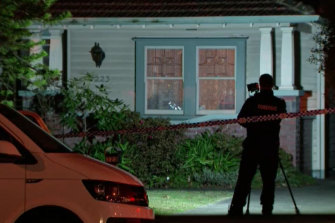 Police at the Whitehorse Road home on Monday night.Credit:Nine News

Police were called to their home on Whitehorse Road, Blackburn, on Monday night to check on Ms Miller’s welfare.

Her body was found inside the house.

Mother and son had lived together since 2011, according to a brief summary filed to the court.

Police allege a dispute occurred between June 24 and July 5. 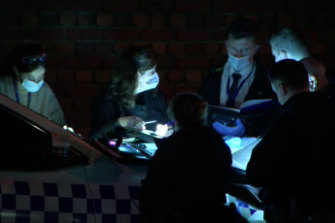 Detectives at the scene on Monday.Credit:Nine News

Mr Miller did not appear in court on Wednesday because he is in police custody in hospital, the court heard. His lawyer, Kyle McLaughlin from Paul Vale Criminal Law, told magistrate Mia Stylianou his client needed medical attention for an infection to his lower leg.

Prosecutors said homicide squad detectives needed more time to complete a brief of evidence because they had to seek statements from family members living interstate.

Mr Miller was remanded in custody to face court again in October.