Cleanup crews are working to contain what experts called a substantial oil spill in the Gulf of Mexico, according to an examination of satellite and aerial survey images, ship tracking data and interviews with local officials and others involved in the spill response.

Oil slick seen off the coast of Louisiana 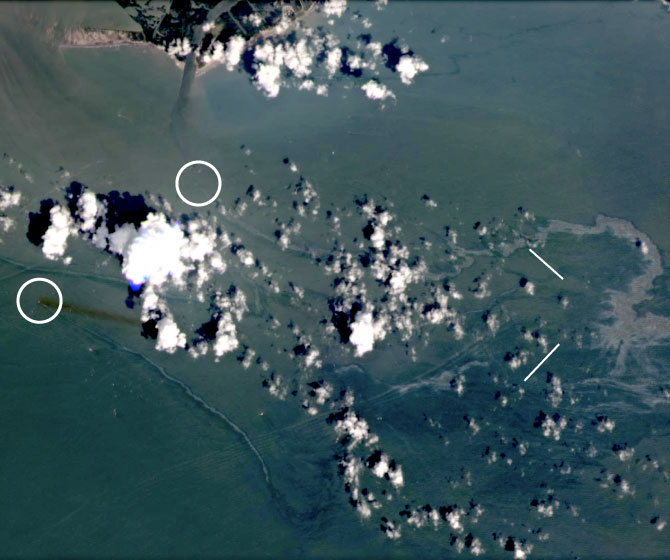 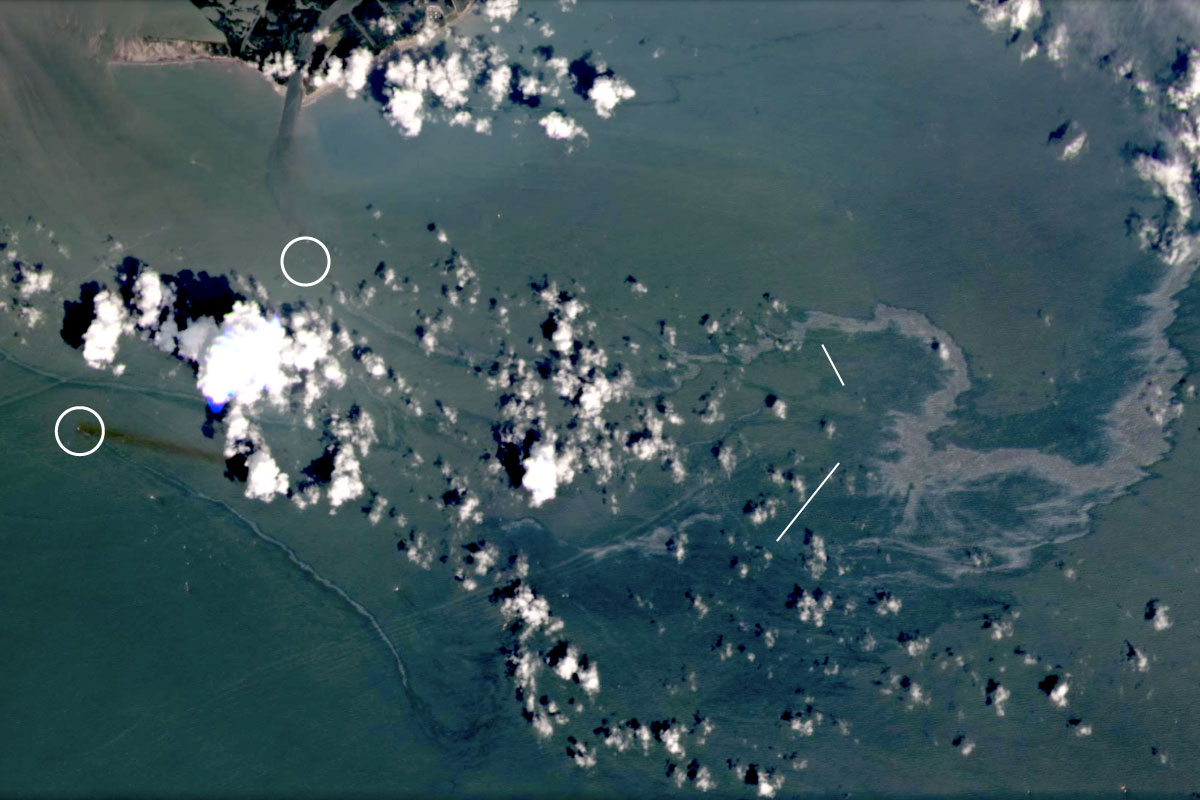 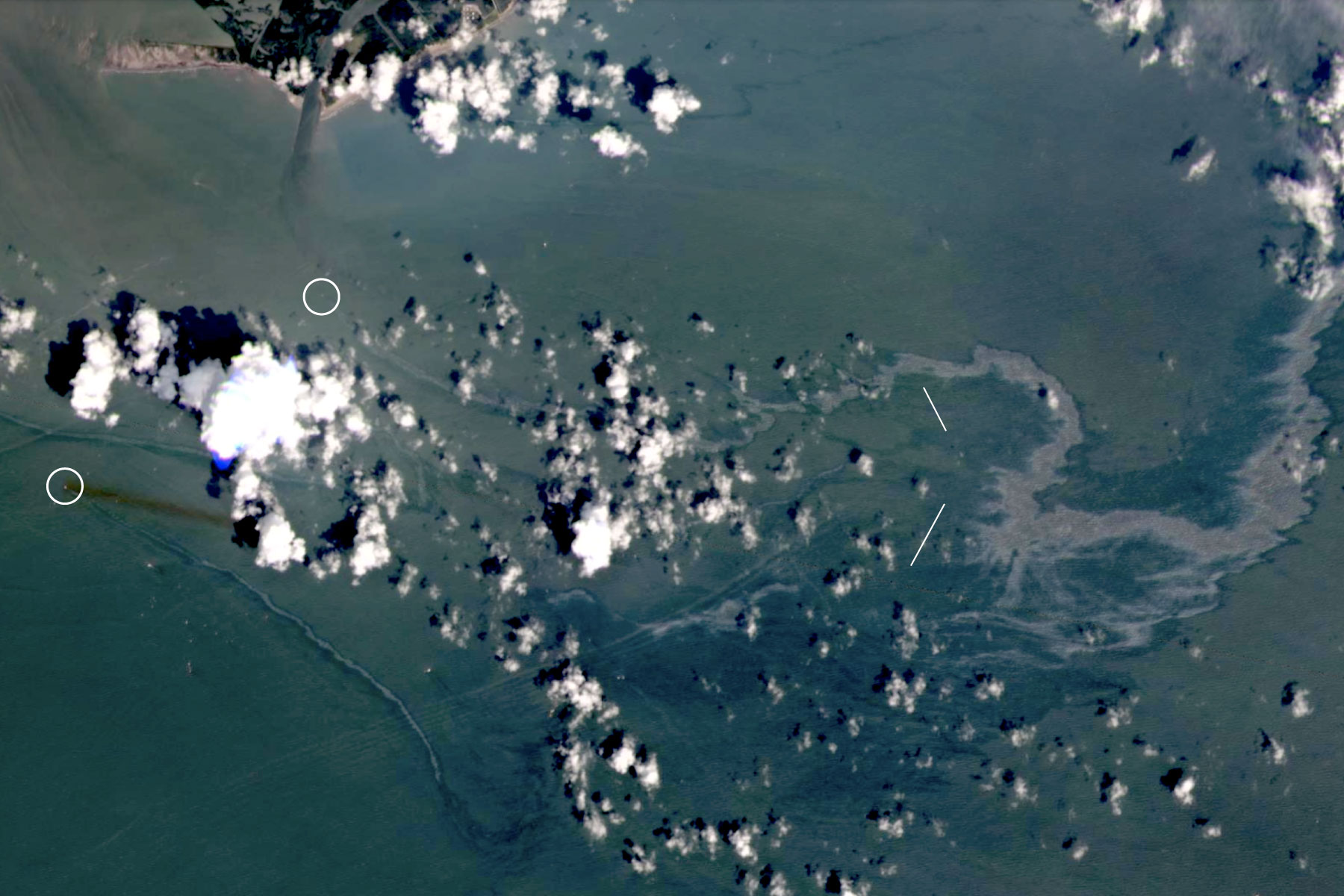 The spill, one of multiple plumes spotted off the Louisiana coast in the wake of Hurricane Ida, was identified in satellite imagery captured Thursday by the space technology companies Planet Labs and Maxar Technologies.

A black expanse and rainbow sheen of oil spanning at least 10 miles was spreading in coastal waters about two miles off Port Fourchon, an oil and gas hub. An aerial survey image of the spill was captured Wednesday by the National Oceanic and Atmospheric Administration.

The powerful hurricane, which swept through one of the nation’s largest chemical, petroleum and natural gas hubs when it made landfall on Sunday, has heightened concerns over the vulnerability of the region’s fossil fuel infrastructure to intensifying storms, which are linked to global warming driven by emissions from oil and gas.

It was unclear how much oil had spilled into the Gulf, according to a person with direct knowledge of the cleanup. The spill, possibly from an old pipeline no longer in use that was damaged by the storm, was first spotted on Monday from reconnaissance flights led by a number of Gulf Coast producers, and was reported to the Coast Guard, said the person who was not authorized to speak publicly about the cleanup effort.

Late Saturday, two more boats appeared to join the cleanup. James Hanzalik, assistant executive director of Clean Gulf Associates, a nonprofit oil spill cooperative set up by the industry, confirmed Friday afternoon that a leak was ongoing and that a cleanup was underway.

Lt. John Edwards of the U.S. Coast Guard said that the spill was believed to be crude oil from an old pipeline owned by the Houston-based oil and gas exploration company, Talos Energy. A cleanup vessel hired by Talos was using skimmers to recover the oil and had placed a containment boom in the area to try to contain the spread, he said. Talos Energy declined to comment on the record.

Coast Guard boats had not yet made it to the site, Lt. Edwards said, but the agency had been told by Talos that just 42 gallons of material had so far been recovered from the water. The agency has launched a preliminary investigation, he added.

Several experts who studied the flyover and satellite images said the spill appeared to be ongoing and significant.

“It’s a substantial leak that requires further investigation,” said Oscar Garcia-Pineda, a scientist at Water Mapping, a Gulf Breeze, Fla.-based consultancy, who has led research into the use of satellite and aerial images for oil spills. “I see an indication of thick heavy oil, which is the main dark feature, surrounded by a rainbow sheen,” he said. The flyover image from Wednesday, appeared to show the leak starting underwater. 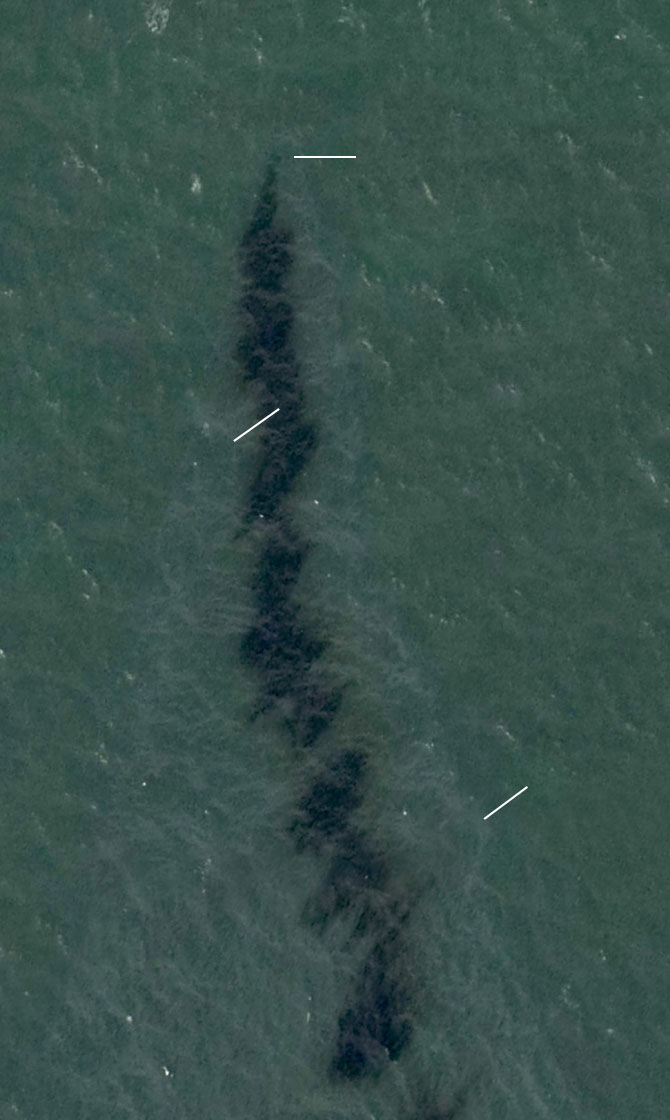 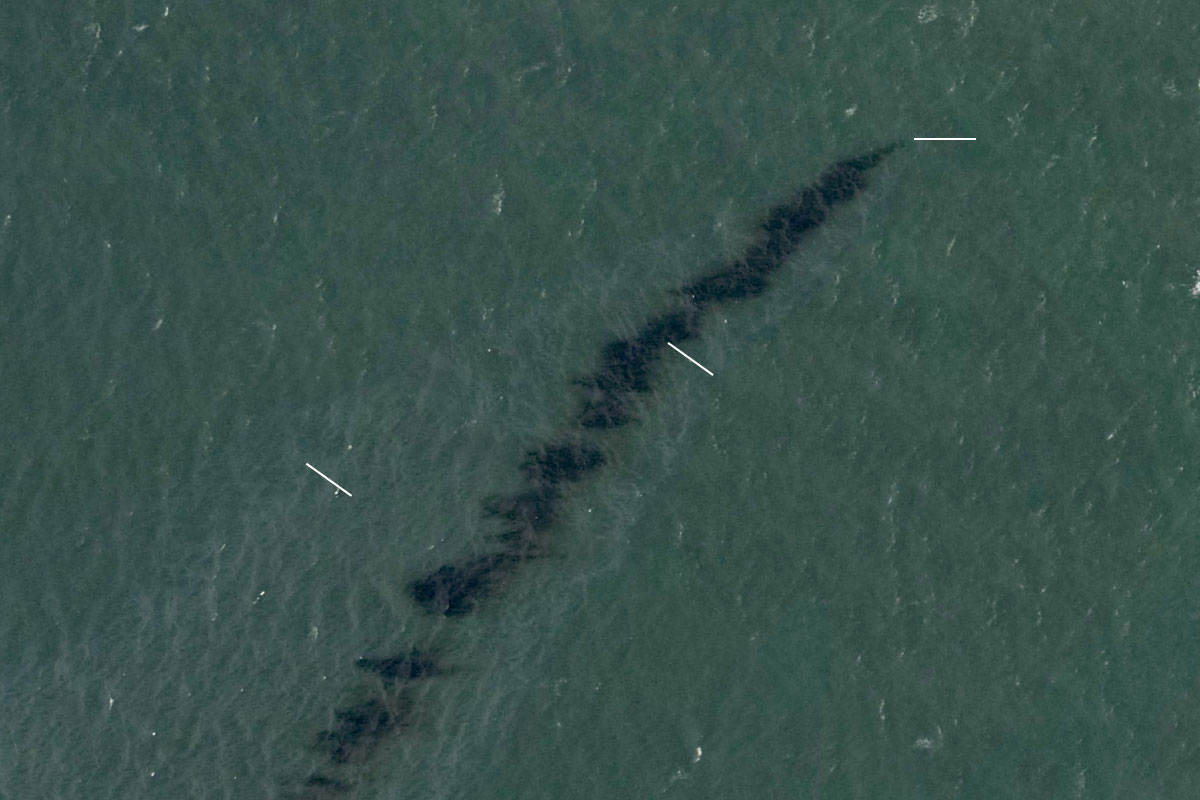 The area was known for being dense with pipelines, and in the past powerful storms have caused mudslides that can damage pipes or even the foundations of platforms that hold equipment that pumps oil and gas out of the seabed, he said.

Cathleen E. Jones, a scientist at NASA’s Jet Propulsion Laboratory in Pasadena, Calif., who has been participating in flyovers to assess storm damage, said the images suggested very thick oil was leaking, and that more investigation was needed.

“In a case like this where you clearly have thick oil, you can calculate the area, but what you don’t know is how thick it is,” she said. But based on the color, she said, “that’s a very, very thick slick.”

The likely origin of the Talos spill was first spotted by John Scott-Railton, a senior researcher at The Citizen Lab, a research center based at the University of Toronto, who had been scrutinizing the images of Ida’s damage.

“The fact that it was possible to find this spill is owed to the fact that NOAA made aerial imagery publicly available,” he said. “Had NOAA not made that public, it would have been a lot harder to uncover what is clearly an unfolding environmental problem.”

The Associated Press reported Wednesday that there appeared to be a long oil slick off the Louisiana shore, several miles east of the Talos spill. It was unclear whether that slick was related.

Flyover and satellite imagery showed multiple other slicks along the Louisiana coast. The person with knowledge of the cleanup said that it was possible that leaks from other sources were also contributing to the plume.

The U.S. Bureau of Safety and Environmental Enforcement, which regulates offshore oil and gas platforms, said in a media update that as of Friday morning, workers had been evacuated from 133 production platforms and six drilling rigs. More than 90 percent of oil and gas production in the Gulf was still shut down, the agency said.

The bureau’s update did not mention the ongoing cleanup. After inspections are carried out, production from facilities with no damage “will be brought back online immediately,” it said. Calls to the bureau, as well as the Louisiana Department of Environmental Quality, were not answered.

A spokeswoman for the Environmental Protection Agency, Janie Acevedo-Beauchamp, referred questions to the Coast Guard, which handles spills in coastal waters. The E.P.A. remained “committed to deploying resources at our disposal to help communities impacted by the storm,” she said.

Naomi Yoder, a staff scientist with Healthy Gulf, an environmental group based in New Orleans, said the spill was the latest sign that the pollution unleashed by the hurricane was widespread. “The corporations that are poisoning our communities must be held accountable, and must reverse this catastrophe,” she said.

A report published earlier this year by the U.S. Government Accountability Office found that since the 1960s, federal regulators have allowed oil and gas producers in the Gulf to leave some 18,000 miles of pipeline on the seafloor. Those pipelines, about 97 percent of the decommissioned ones in the area, are often abandoned without cleaning or burial.

In 2004, Hurricane Ivan destroyed an oil platform about 10 miles off the Louisiana coast. It triggered what is still the longest oil spill in United States history.