The earthquake, which struck at 5.33am on Tuesday morning local time, was centered in Lake Khövsgöl in northern Mongolia, about 34 miles from the border with Russia and 179 miles southwest of the city of Irkutsk. 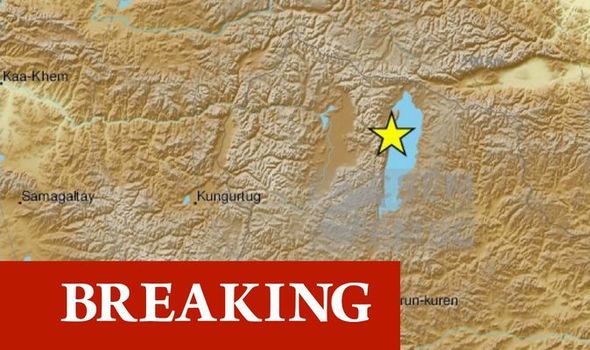 The US Geological Survey (USGS) said the earthquake had a preliminary magnitude of 6.8, making it one of the strongest earthquake to ever hit the region around the lake.

It’s epicentre was measured at a shallow depth of just six miles.

The area is not heavily populated but is home to a number of villages near the lake, including Hatgal and Turt, which have a combined population of up to 5,000 people.

There were no immediate reports of damage or casualties although experts said the tremors would have rocked the villages.

Earthquakes periodically occur in the regions of Mongolia bordering with the Russian regions of Tuva, the Altai Republic, the western part of Buryatia and China’s Xinjiang region.