Russia claimed today that flight tests of its giant Satan-2 hypersonic missile have been ‘successfully carried out’.

However, no specific new launch details were given by the commander of Russian Strategic Missile Forces (RVSN) Colonel-General Sergey Karakaev, who made the announcement without the typical Kremlin fanfare.

This contrasts with April when information was given immediately on the first flight test of president Vladimir Putin’s supposedly ‘unstoppable’ 15,880mph hypersonic beast, known in Moscow as Sarmat.

The announcement comes amid suspicions that the missile is nowhere near ready for use, after other touted test launches seemingly failed to materialise.

Karakaev said today that ‘flight tests of the Sarmat missile system have been successfully carried out,’ according to a Russian defence ministry statement.

So far no videos or pictures showing new launches have been produced. 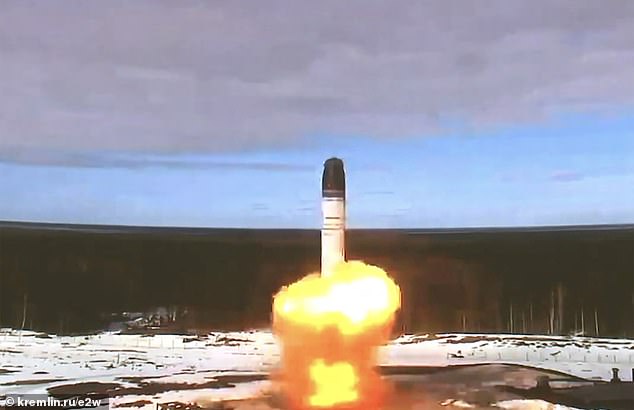 Karakaev made his announcement on the Satan-2 test at an expanded meeting of the military council of the Strategic Missile Forces, held in the Moscow Region.

It came amid speculation that the much-vaunted missile was behind its timetable. It is supposed to be deployed by the end of this year.

Ten days ago Russia signalled somewhat vaguely that ‘flight-design tests of the Sarmat [ICBM] may continue before the end of this year with a second test launch to be potentially carried out’.

The missile is the size of a 14-storey tower block and in demand from pro-Putin propagandists who regularly threaten to use it against Western enemies – especially Britain and the US – in a bid to curtail their support of Russian-invaded Ukraine.

Its first test was announced to great fanfare as soon as it took place on April 20, with Putin in touch by video-link. The silo-based Satan-2 was launched from the Plesetsk Cosmodrome in northern Russia.

In May, former head of Roscosmos Dmitry Rogozin, seen as a close Putin ally, said almost 50 Satan-2 missiles, which were in ‘mass production’, would soon be on combat duty. This was met with scepticism.

In early June, a major ICBM test was scheduled and locals near the Kura test range were warned to stay clear of the target site in remote Kamchatka.

But this test never happened. 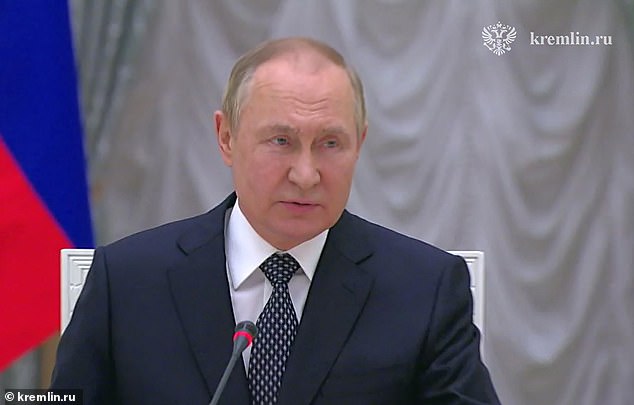 The announcement comes amid suspicions that Vladimir Putin ‘s ‘unstoppable’ 15,880mph hypersonic missile is nowhere near ready for use, after other touted test launches seemingly failed to materialise.

On June 25, Rogozin signalled: ‘We are absolutely on schedule, we are now preparing for the second flight test of the Sarmat.’ The following month Rogozin was fired for unknown reasons with a promised new job from the Kremlin yet to arrive.

He has been seen recently in the war zone, but has no new role despite reports he would be Putin’s personal representative for newly annexed regions of Ukraine.

TopWar.ru said the situation with tests of the missile ‘raises questions’.

A decision on putting into service would come after only two launches, if the timetable was to hold, said the military outlet. It was ‘unknown’ why there were not more tests, as there were with other major missiles before deployment.

‘It is curious that the announced programme of test launches does not provide for a demonstration of the full potential of the new ICBM,’ said a report before Karakaev’s statement.

Defence analysts suspecting hypersonic hyperbole have pointed out that Russia’s earlier R-36M2 Voevoda missile was tested no less than 17 times before it was put on combat duty.

Another missile – RT-2PM Topol – was tested a dozen times before deployment.

‘In this context, the truth of the terms bandied about by Rogozin — that Sarmat is in [serial] production and is soon to be placed on ‘combat duty’ — appear dubious,’ defence expert Leonid Nersisyan has said. 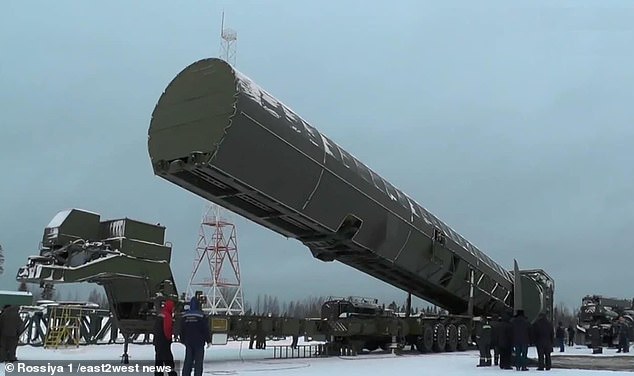 There has been speculation that the much-vaunted missile is behind its timetable. It is supposed to be deployed by the end of this year

‘It is far likelier that Sarmat will undergo the same testing, prototyping and experimentation programme as its predecessors,’ he wrote in Shephard Media.

‘Actual acceptance of the ICBM into service with the Strategic Missile Forces looks impossible before the end of 2022 and is hardly achievable by 2024.’

In early July, Rogozin visited the Krasmash defence factory in Krasnoyarsk, in eastern Siberia, which he labelled the ‘Doomsday Plant’, to inspect the process of producing Satan-2 for flight tests.

The missile was rolled out into a forest for the cameras – and sabre-rattling Rogozin said: ‘The world’s most powerful global-range nuclear-tipped missile is being prepared for new tests.’

Back in April, after the first launch, Rogozin vowed there would be ‘a few more tests to prove the system’s compliance with the technical parameters set by the chief client – the Defence Ministry’.

He later highlighted a 26ft deep crater made at the Kura test site by the missile without a nuclear warhead.

‘With a nuclear charge, such a crater at an enemy site will be…well, very large and very deep – and radioactive.

‘And not just one, but exactly as many as the most powerful nuclear missile in the world will deliver to the territory of a fierce enemy.

‘And we will soon have almost 50 such Sarmats [the missile is known in the West as Satan-2] on combat duty.

‘It remains only to advise the aggressors to talk more politely with Russia.’ 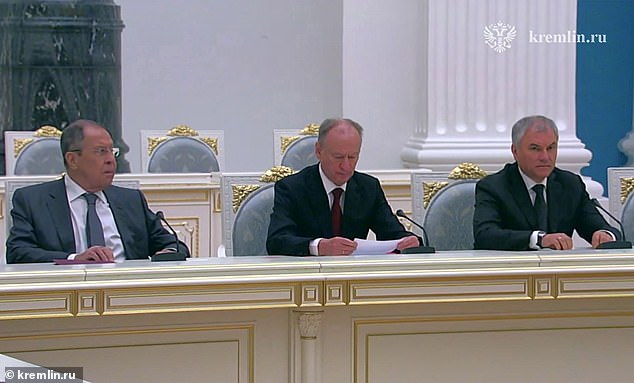 The Karakaev announcement on this Armageddon missile came as Putin held his first in-person meeting of his powerful security since 21 February, three days before he announced his invasion of Ukraine.

There was immediately speculation that the event – which came after a week or so during which Putin was seldom seen – was more significant than the mundane agenda of improvements in Russia’s civil defence.

Respected journalist Farida Rustamova commented: ‘Putin held a ‘small’ Security Council. [Not online] for the first time since February 21. No details, except that they discussed civil defence. I don’t like to escalate, but it’s disturbing, to be honest.’

This follows Kremlin-watchers noting Putin’s relative absence in recent days, with suspicions that some meetings were ‘canned’ or pre-recorded. He is seen as doing this when ill or having medical treatment – or when there is bad news.

Independent news outlet Verstka said Putin was yet to give a reaction to the surrender of Ukraine’s southern city of Kherson by his senior military commander Sergei Surovikin, or other embarrassing setbacks in his on-going invasion.

‘Disappearance in difficult times is one of the most repetitive tricks of our president,’ said Ekaterina Shulman, a prominent political analyst and former member of his human rights council.

‘He disappears for 10 days, for two weeks, when something not right is happening.

‘The best known of such disappearances was after the murder of [opposition leader Boris] Nemtsov in 2015, but it was by no means the only one…

‘This is his manner… Apparently, his long experience tells the political leader that if he turns away, it will dissolve.’