A hilarious resurfaced video may hold the answer as to what kind of monarch King Charles III will be.

During a tour of New Zealand in 2019 with newly proclaimed Queen Consort Camilla, the royal couple are seen shaking hands with well-wishers in Auckland.

But one cheeky Kiwi, covered in tattoos, reaches over the barriers with a clenched fist offering up a very non-traditional greeting to which the then-Prince of Wales happily obliged.

The ‘royal fist bump’ video has now gone viral in the wake of Queen Elizabeth’s death on Thursday, aged 96, with commenters saying it reveals the new King’s down to earth personality. 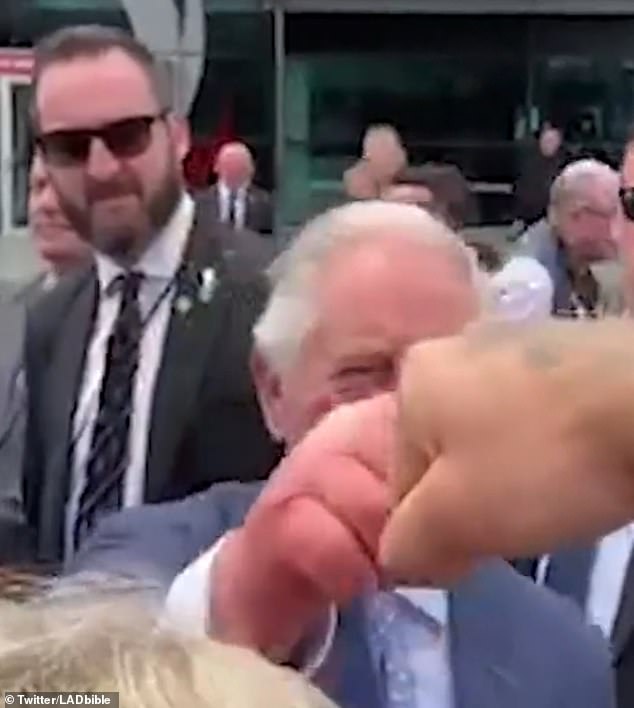 King Charles III is captured fist bumping a man on tour in Auckland, New Zealand, back in 2019 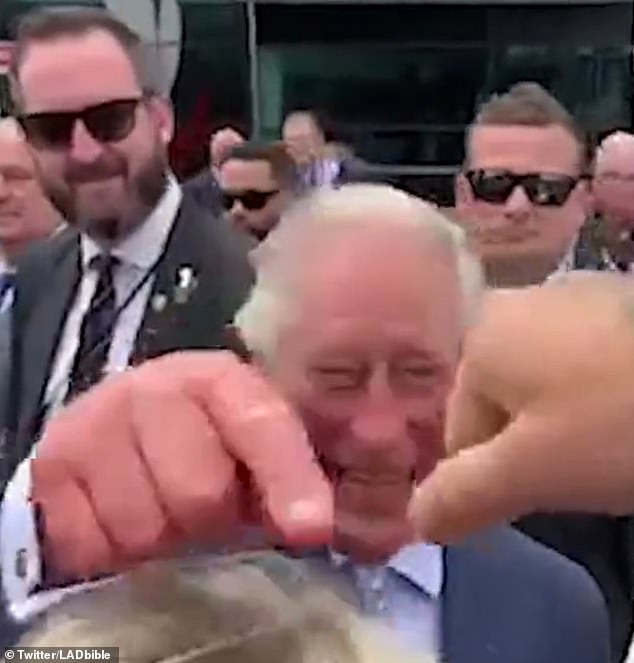 To make the situation even more unusual, the New Zealander even dropped the Prince’s official title and asked: ‘Alright Chazza?’

Once Charles sees the man, he grins politely and indulges his unique request for a fist bump.

‘Fair play to him. God save the king,’ One person said commented.

Another wrote: ‘Best ever…fist bump from his majesty, can’t beat that really.’

‘I think this guy is going to be good tbh,’ a third commented.

‘He’s going be a brilliant king,’ a fourth added.