A Rochester, N.Y., woman is imploring Gov. Andrew Cuomo to reform nursing home visitation rules in the state and condemning measures he enacted, which she says are ineffective and to blame for her grandmother’s death in December.

Gelsey Randazzo Markese told Fox News that her grandmother, Rose Randazzo, died after being in lockdown in a nursing home for almost nine months without being allowed in-person visits from family members until her final days.

CUOMO PUSHES BACK AT DEM OVER NURSING HOME SCANDAL

Markese, who has advocated for the governor to issue an executive order to designate family members as caregivers, said her family wasn’t allowed to visit her grandmother even as coronavirus cases began to decline in New York over the summer, and the isolation took a toll on her grandmother, who was suffering from dementia.

“We were able to do FaceTime and talk on the phone, but each time we talked to her we would just see a visible decline because she wasn’t able to see her family, and she thought we forgot about her with her dementia and she just didn’t really fully understand as to why we couldn’t visit,” Markese told Fox News.

“The FaceTime calls were hard in itself. It’s a different generation and they don’t really understand the technology behind it, let alone when someone has dementia,”  she said. 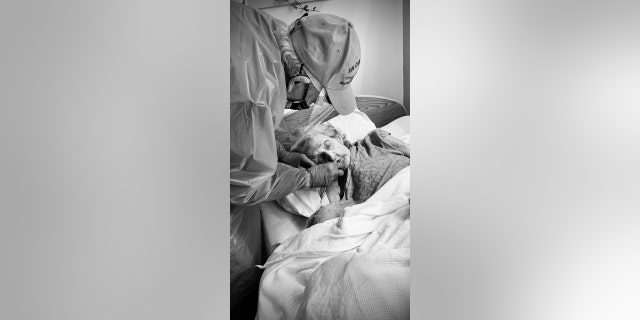 Markese’s grandfather holds Rose Randazzo’s hand and feeds her water in her last moments before passing away.
(Gelsey Randazzo Markese)

“Each time we talked to her we could see the decline and we just held on hope that everything would open up soon,” Markese added.

Things did not get better, and Markese said by the time her family saw her grandmother in the fall, her health had seriously diminished.

Markese said short staffing in nursing home facilities also played a part in her grandmother’s mental and physical decline, as she believes Randazzo wasn’t getting adequate attention to eat, drink or be cleaned in a timely fashion.

DAUGHTER OF NY NURSING HOME VICTIM’S MESSAGE TO CUOMO: ‘WE DO CARE, AND WE DO BLAME YOU’

A report by the state’s attorney general, Letitia James, released in late January revealed the findings of an investigation into allegations of patient neglect and other “concerning conduct” that jeopardized the health and safety of both patients and employees in nursing homes and said that some facilities failed to comply with health protocols to stop the spread of the virus.

“I have no doubt in my mind that it’s because of the isolation that she died,” Markese said. “I feel like she gave up.” 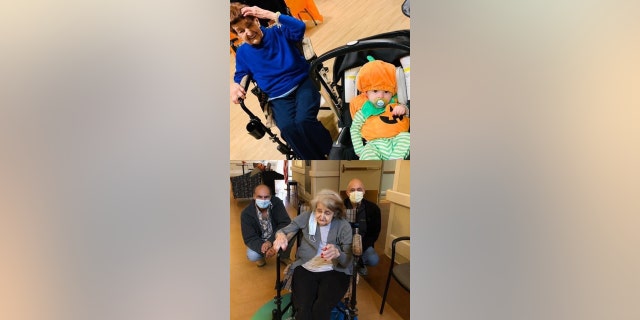 Cuomo also implemented strict visitation rules in nursing homes following a deadly directive that forced nursing homes to take in recovering patients even if they still tested positive for COVID-19, likely contributing to the deaths of more than 15,000 seniors, which was originally underreported by the state.

Markese said that on her grandmother’s last day, her grandfather had to plead with nursing home staff to break curfew rules on visitation and sit with his ailing wife.

“If my grandpa was able to hold her hand while she was dying in bed why couldn’t he when she was vibrant and living?” Markese said. “It was the most heartbreaking experience that I’d ever had in my life.”

Markese also said it’s frustrating to learn of Cuomo’s alleged attempt to cover up nursing home deaths, which she says still doesn’t paint a full picture of the plight patients in assisted living continue to face throughout the pandemic.

“Even still, after the numbers came out, there’s no talk of what about the ones that are still locked away in there that are slowly dying.”