Riyad Mahrez’s estranged wife has said she was fined for ‘being too hot’ while breaking lockdown rules to attend an illegal party.

Rita Johal, 28, was among at least ten people found partying at a flat in London on Friday.

Footage shows the model surrounded by Metropolitan Police officers searching the flat before slapping her with a fine.

Ms Johal captioned the clips: ‘Fine for being too hot. Loool we all got fined don’t worry about it sweetheart.’

But as the officers continue to quiz the guests, Rita goes on a bizarre rant and asks the police: ‘Don’t you guys like to party anymore?’

A female officer can be heard telling her: ‘Not during lockdown.’

Ms Johal responds: ‘Guys, you can’t be all depressed in this world, we have got to be happy.’ 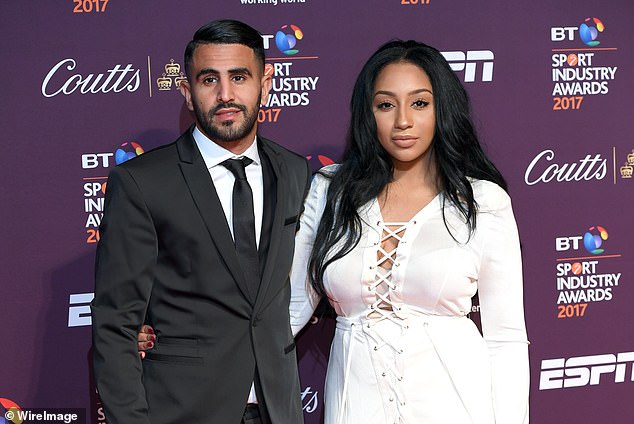 Riyad Mahrez’s estranged wife Rita Johal, 28, has said she was fined for ‘being too hot’ while breaking lockdown rules to attend an illegal party 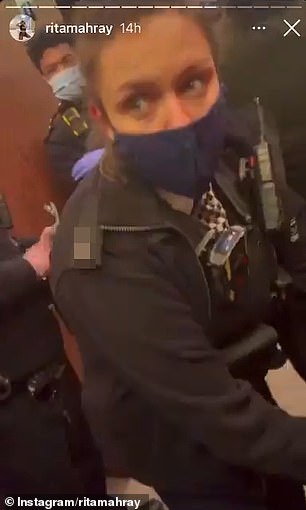 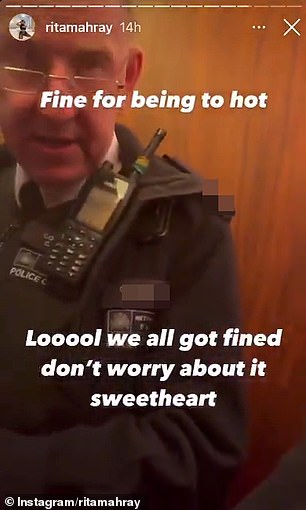 Ms Johal captioned the clips: ‘Fine for being too hot. Loool we all got fined don’t worry about it sweetheart’

The model continues on the rant, claiming ‘the one per cent is controlling us’ before shouting: ‘We are all in this together!’

She is then asked for her name and is given a fine of at least £200.

Responding to footage of the incident today, Ms Johal has refused to apologise and claimed the officers were ‘heavy handed’.

She told The Sun on Sunday: ‘Oh for God’s sake. There wasn’t a lot of people there, there was like five people.

‘Why is this being run, what’s its purpose? To try and make my name look bad? Is that your guys’ plan?’

Government rules state that it is against the law to meet socially with friends or family members that are not in your household.

Police forces have the power to give out £200 fines for first-time rule-breakers, but this can double with every following incident for repeat offenders up to a maximum of £6,400.

Anyone found to be hosting an illegal gathering of more than 30 people can be given a separate £10,000 fine.

Ms Johal, who lives in a £2million mansion in Buckinghamshire, separated from Manchester City’s star Riyad Mahrez in 2019. They have two children.