Out for a duck? Spectacular drone footage captures cricketers playing their annual match in the middle of the Solent at this morning’s low tide

This is the moment two rival yacht clubs faced off for very unusual cricket game, on a sandbank in the middle of the Solent, this morning.

The low tide saw the return of the annual competition between Royal Southern Yacht Club (RSYC) and their friendly rivals the Island Sailing Club (ISC).

Stunning drone footage showed the competitors running through the sand and puddles on Bramble Bank, a shifting sandbank in the water between Southampton and the Isle of Wight. 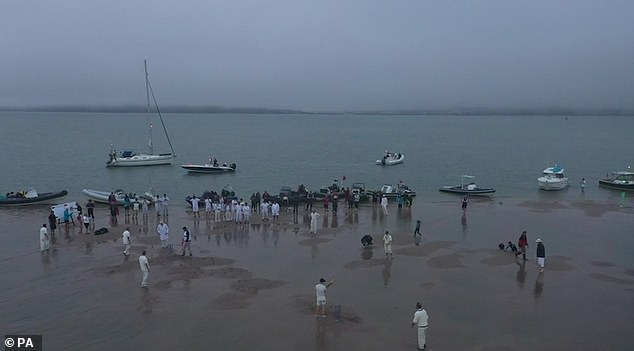 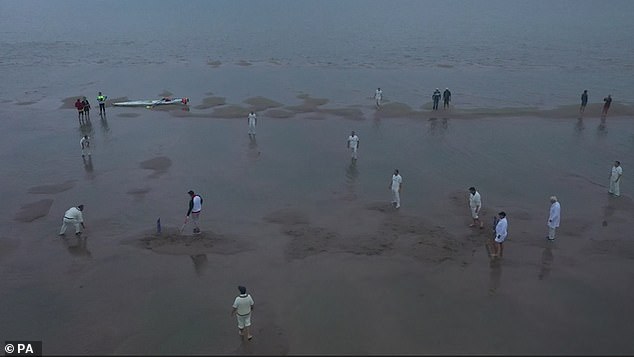 The rival teams, Royal Southern Yacht Club, based in Hamble, and their friendly rivals the Island Sailing Club, from Cowes, dipped their toes in the sand for the annual game 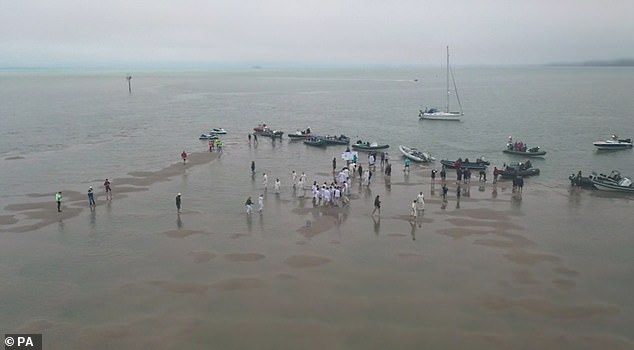 The competition can only take place once a year when the tide is low enough for the arrowhead-shaped sandbar, around 200 metres long, to be above the water.

The game lasts for around half an hour before the water rises and Bramble Bank is engulfed by the water once again.

The drone footage captures the cricket players setting up their game on the sand and splashing through the water as the ball flies through the air.

Dozens of spectators watch the game unfold from the sidelines as the teams attempt to outrun each other.

They arrived in a flotilla at dawn for the popular sporting event, which was cancelled last year due to coronavirus.

Despite the fierce rivalry between the RSYC, based in Hamble, and the ISC, based in Cowes, the game’s winner is already predetermined. 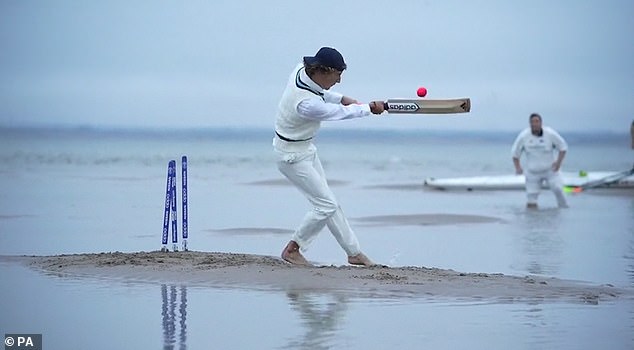 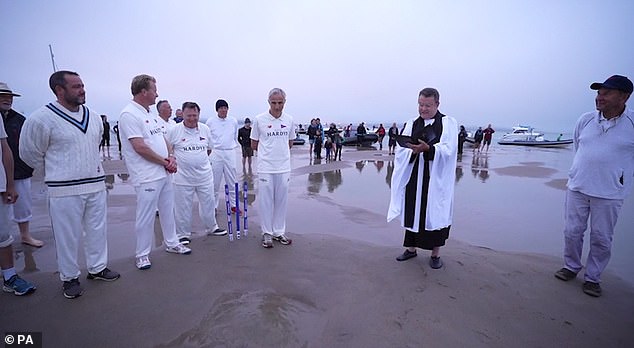 This year’s winner was the Royal South Yacht Club. The game is so important it even received a blessing in person by a local reverend to ensure the sanctity of the match.

It is believed to have been first organised in the 1950s by British boat-maker Uffa Fox who was known for his eccentric exploits and adventures.

Fox was also the designer of the Britannia, the rowboat used by John Fairfax for his solo-rowing expedition across the Atlantic Ocean in 1969.