Home » Record Covid cases in India but worse yet to come, experts warn

A leading virologist fears daily cases could hit 500,000 during the first week in May. Yesterday overwhelmed hospitals scrambled for oxygen and patients died while waiting to be admitted. There were another 2,624 deaths, taking the total fatality toll to 189,544 in a country of around 1.3 billion people. But as cases soar the healthcare system has been pushed to the brink with critics saying lessons have not been learnt from the first wave during the summer.

Experts said many people had been put off jabs because of European fears over vaccine safety. The country has recorded 16.6 million coronavirus cases.

Swamped hospitals in New Delhi and some of the worst-hit states reported a critical shortage of beds and oxygen.

Some have issued public notices saying they do not have medical oxygen and social media sites are awash with pleas for supplies.

There were reports of hospitals struggling to care for breathless patients or keep alive those lucky enough to have a bed. The lack of oxygen has particularly affected Jaipur and Amritsar.

As patients were turned away, Indian Air Force aircraft and special oxygen express trains were used in a bid to speed delivery. Those who disrupt or hinder supplies around Delhi have been threatened with the death penalty. 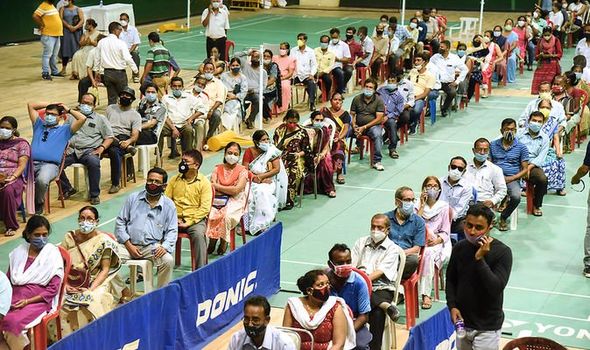 They peaked in mid September at around 100,000 cases a day. But this time it is much worse.

Families have waited for days to cremate loved ones at overburdened crematoriums, with many turning to makeshift facilities for last rites. Top virologist Shahid Jameel warned that the country has yet to hit the peak and it may see 500,000 cases a day by the first week in May. If that happens, there is a potential for 5,700 deaths a day. The UK reached 1,360 deaths on January 19. 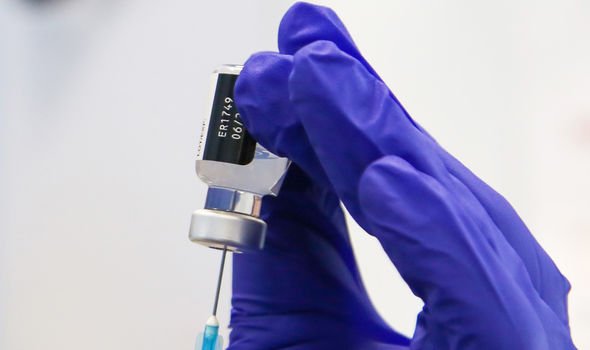 He told LBC yesterday: “We still have about two more weeks of this horror. But on the other side of this peak infections will not just drop down to zero.

“They will go down slower than they have gone up, we are in this for a least the next four to six weeks. Vaccines are to prevent the third wave, vaccines are no longer going to help in the second wave.”

He said a lot of Indians should have been inoculated in January or February when cases were ­falling but were discouraged by European leaders questioning jab safety. Dr Jameel said: “Vaccine­ ­hesitancy is not an issue now but it was in the first part of the drive because we were on a falling daily curve. The blood clotting matters being raised in the EU was ­playing on people’s minds.”

Health experts said authorities became complacent over the winter – when cases were running at around 10,000 a day – and failed to plug known holes in care.

They also blame the sanctioning of super-spreader events, including religious festivals and election rallies earlier this month.

Dr Anant Bhan, a global health expert, tweeted last week: “It’s not the virus variants and mutations which are a key cause of the current rise in infections.

“It’s the variants of ineptitude and abdication of public health thinking by our decision makers.”

But others said that there could also be a more dangerous variant of the virus coursing through the world’s second most populous country where people live in close proximity.