THOUSANDS of music fans have arrived at Reading Festival with camping gear and booze as the event makes its long-awaited return.

Nearly 90,000 people are expected to pack the festival grounds for the three-day event where they will see headliners Stormzy, Post Malone and Liam Gallagher. 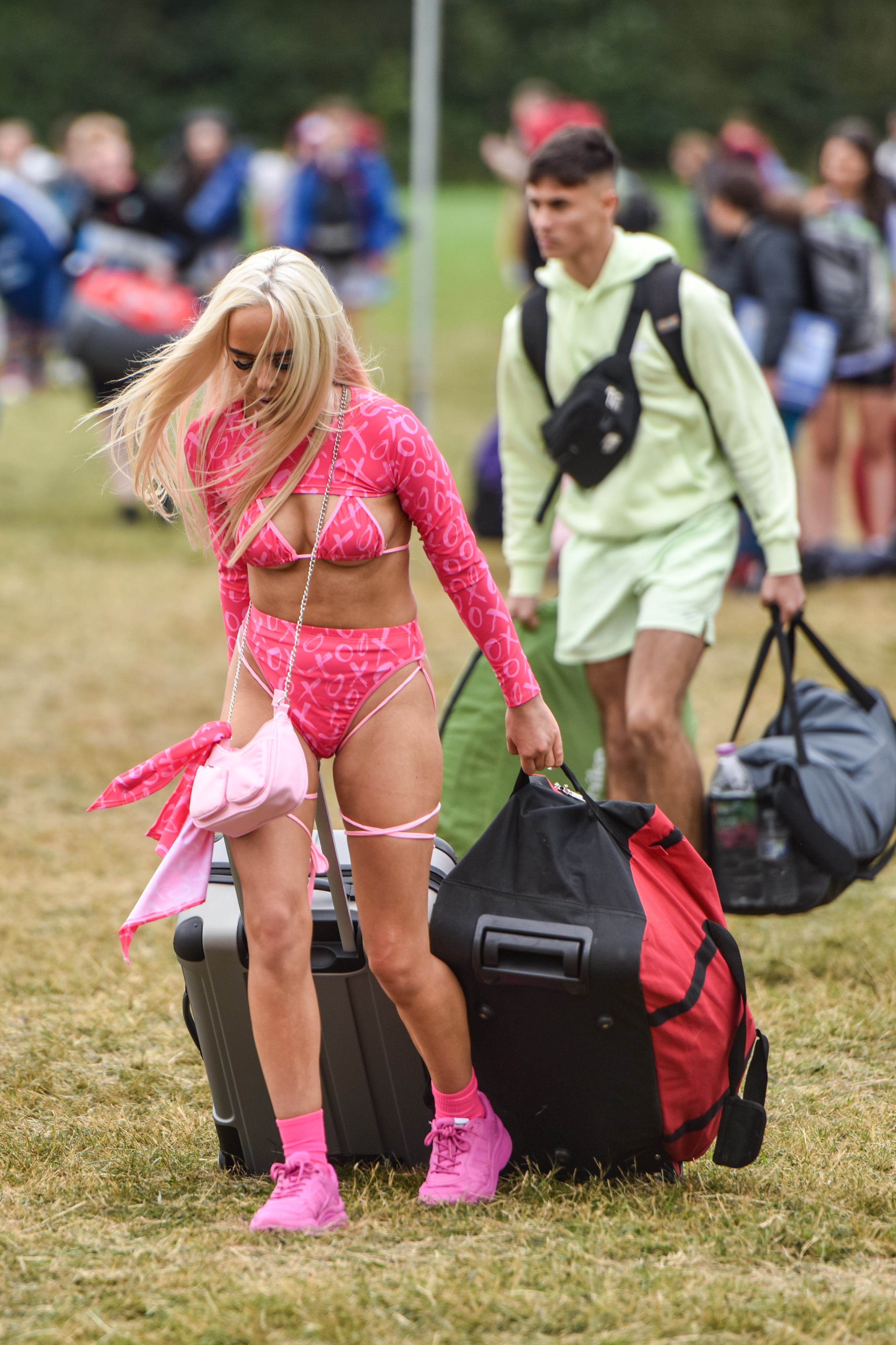 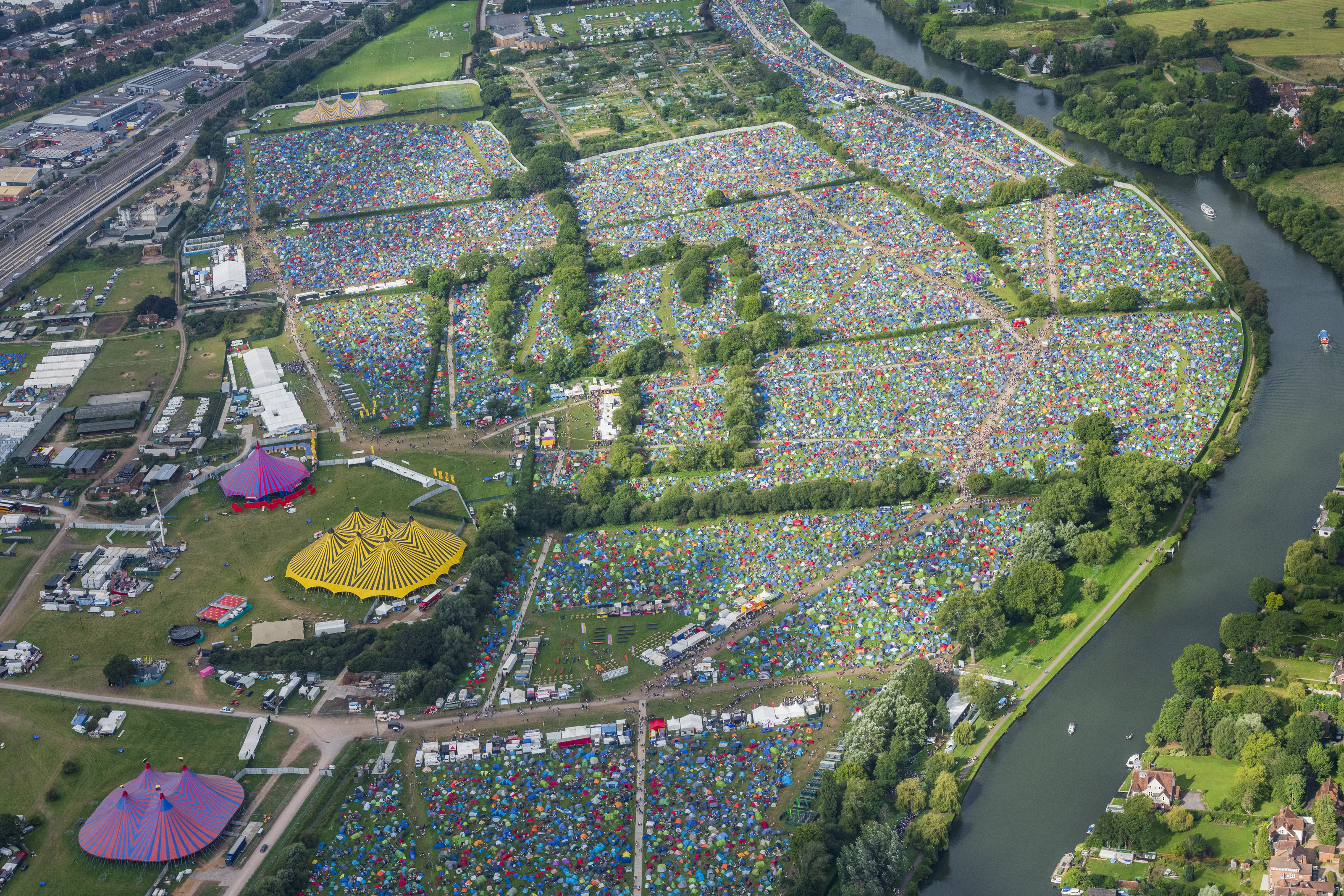 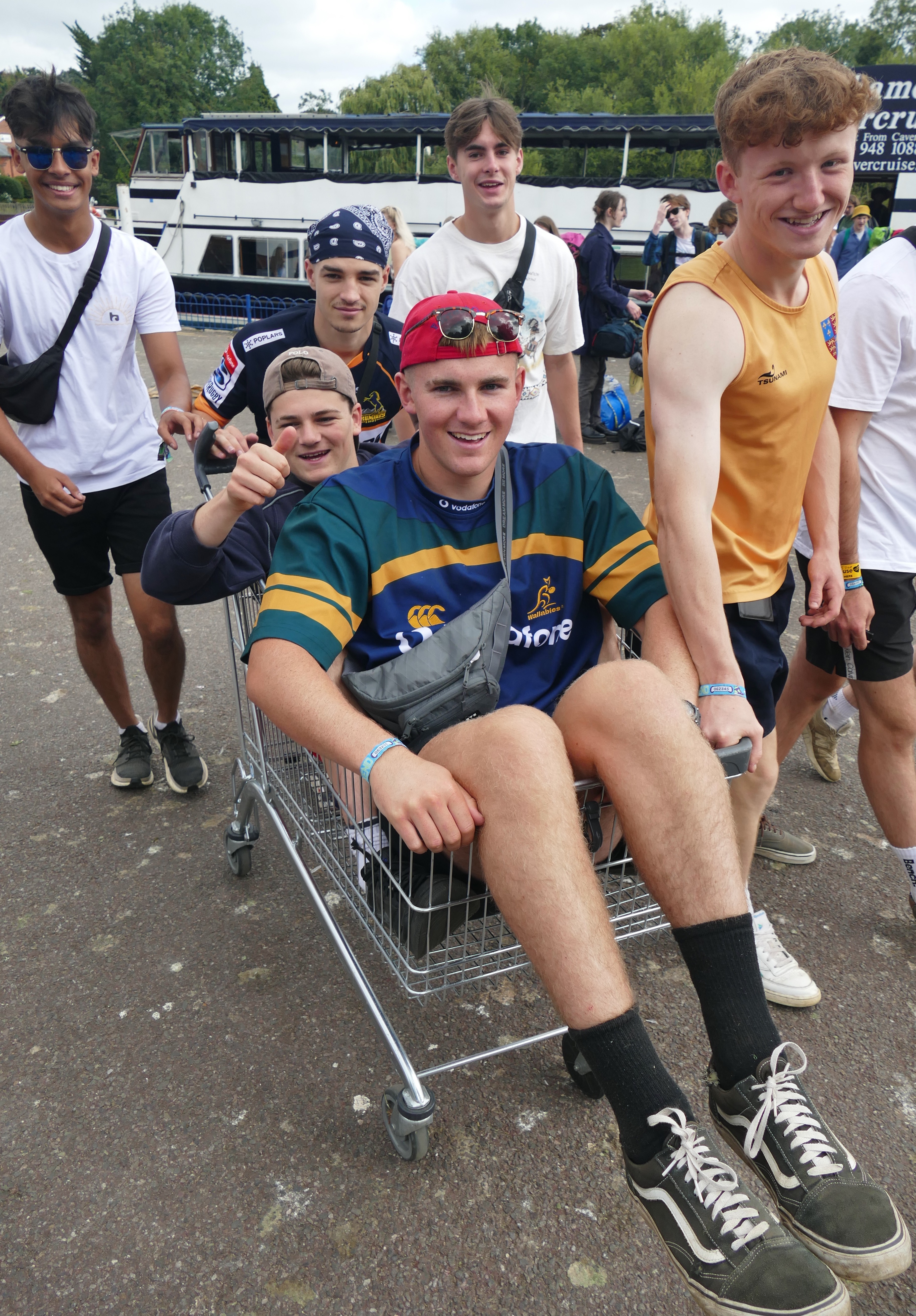 The iconic event – which runs across the bank holiday weekend – is one of the first major festivals to officially reopen its doors since Covid restrictions were lifted.

Today teenagers were already flooding into the festival grounds, with some being ferried up the river on boats packed with enormous bags.

Aerial pictures show the thousands of fans who today queued for more than three hours to get into the packed grounds.

Despite concerns about the pandemic, most revellers are excited to be back at such a large event.

One festival-goer said: "This is my first festival since the last time that Reading was on, so it is really nice to be back and to see everyone who has turned up.

"So far, I have not spotted any differences from last time, I don't think a lot will change really. We are really excited just to get inside and see all the music, it should be a great weekend."

After a miserable month of showers and clouds, the weather is set fair for the weekend and revellers are hoping that they will be able to avoid some of the mud-soaked scenes of previous years.

One music fan, who was struggling under the weight of an enormous backpack, said: "I really hope it doesn't rain and get all muddy, I have not prepared for it all.

"All I have is a little poncho."

The event, which was founded in 1961, is one of the first festivals to take place without capacity restrictions after the government lifted all restrictions on July 19.

In spite of this, there is a heavy police presence outside the festival with officers patrolling on foot and on mountain bikes. The festival is believe to have around 1400 security guards inside the grounds.

For businesses who rely on these events, the come-back of the festival is a major relief. Jaime (corr) owner of Cre8 (corr), a face-painting business, said: "I am so pleased to have the festival back.

"I did not work at all last year, it was really tough because I do this for a living and I rely on parties and festivals. I am based in Reading so I love coming here, but I also go round the country doing other festivals.

"I think this weekend is going to be awesome, I have had quite a bit of interest already and I have not even started yet!"

Despite there not being a mask in sight among most of the young revellers, they are required to provide proof of either a negative lateral flow test, full vaccination or natural immunity before they are allowed into the festival grounds.

Although some recent festivals have seen major Covid outbreaks, most do not appear to be concerned. One attendee said: "We just sort of have to accept the risk, if we get Covid we get it, if we don't, we don't.

"It is absolutely packed inside, the green spaces are covered in tents already and there are so many more people coming in today. There are already lines of people walking around looking for a spot to put their tents.

"But it is a really nice atmosphere and it seems to be under control so far."

However, some other visitors to Reading are less excited to see such a large event and are concerned about the possible risks.

Sandra and Barry Hide (corr), who are staying in a nearby hotel, said: "I am worried about covid big time. It is just amazing how many people there are here.

"I can't believe the amount of luggage they have all brought, they just have so much stuff and there is so much beer being let in. There was even a man who had got a trolley from B&Q and was charging people to help them move their bags, he is quite the entrepreneur.

"We are just amazed at the amount of youth in this country, it is just another world!"

It comes after Boardmasters festival ended in chaos earlier this month, with revellers were trapped in 16-hour traffic jams as they tried to leave.

Party-goers said they were stuck in huge queues at the festival site in Newquay without water, food or the use of a toilet.

Meanwhile, organisers apologised for the state of the toilets at the event -which went ahead for the first time since 2018.

They admitting "at times" facilities were "not up to the high standard festival-goers have rightly come to expect". 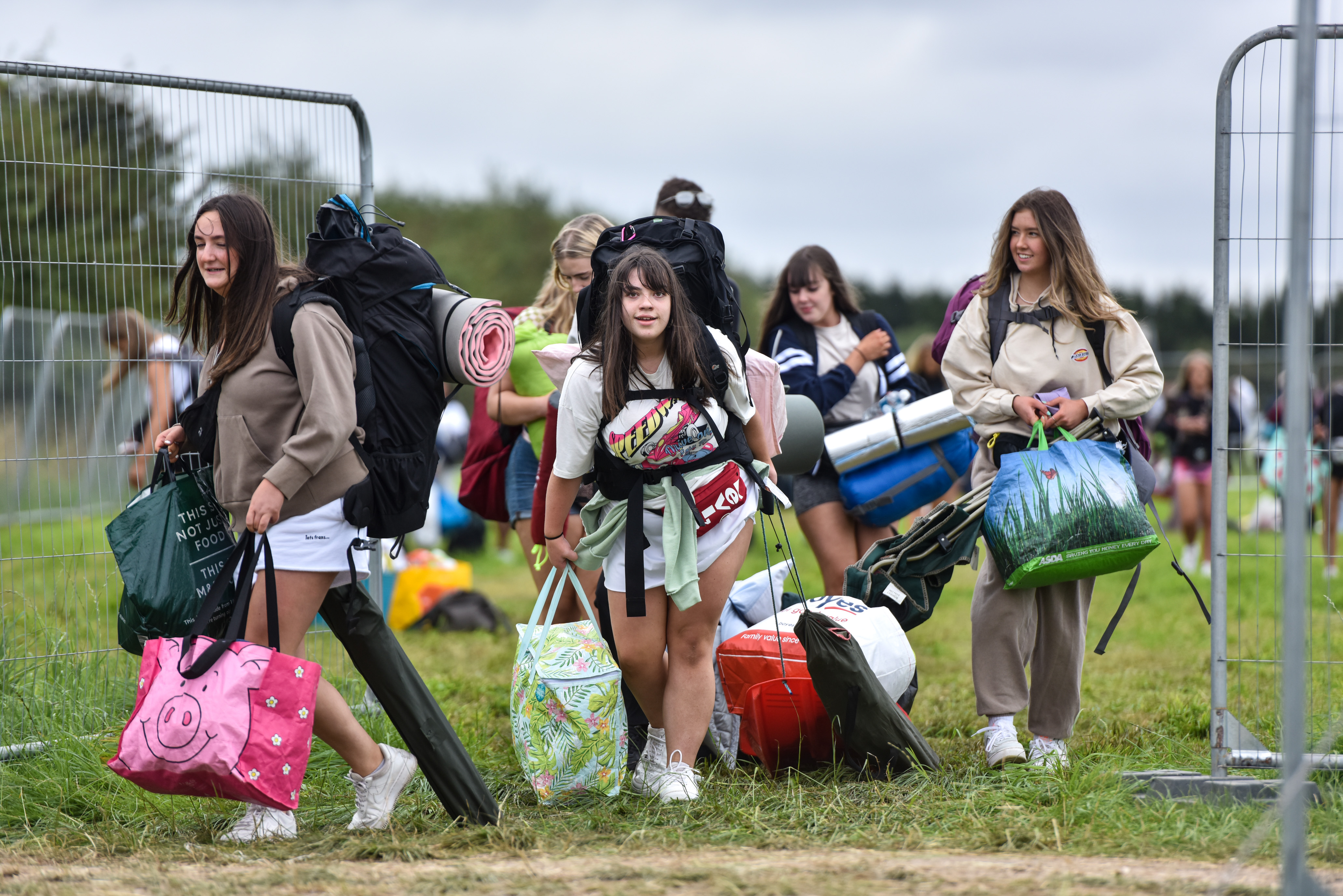 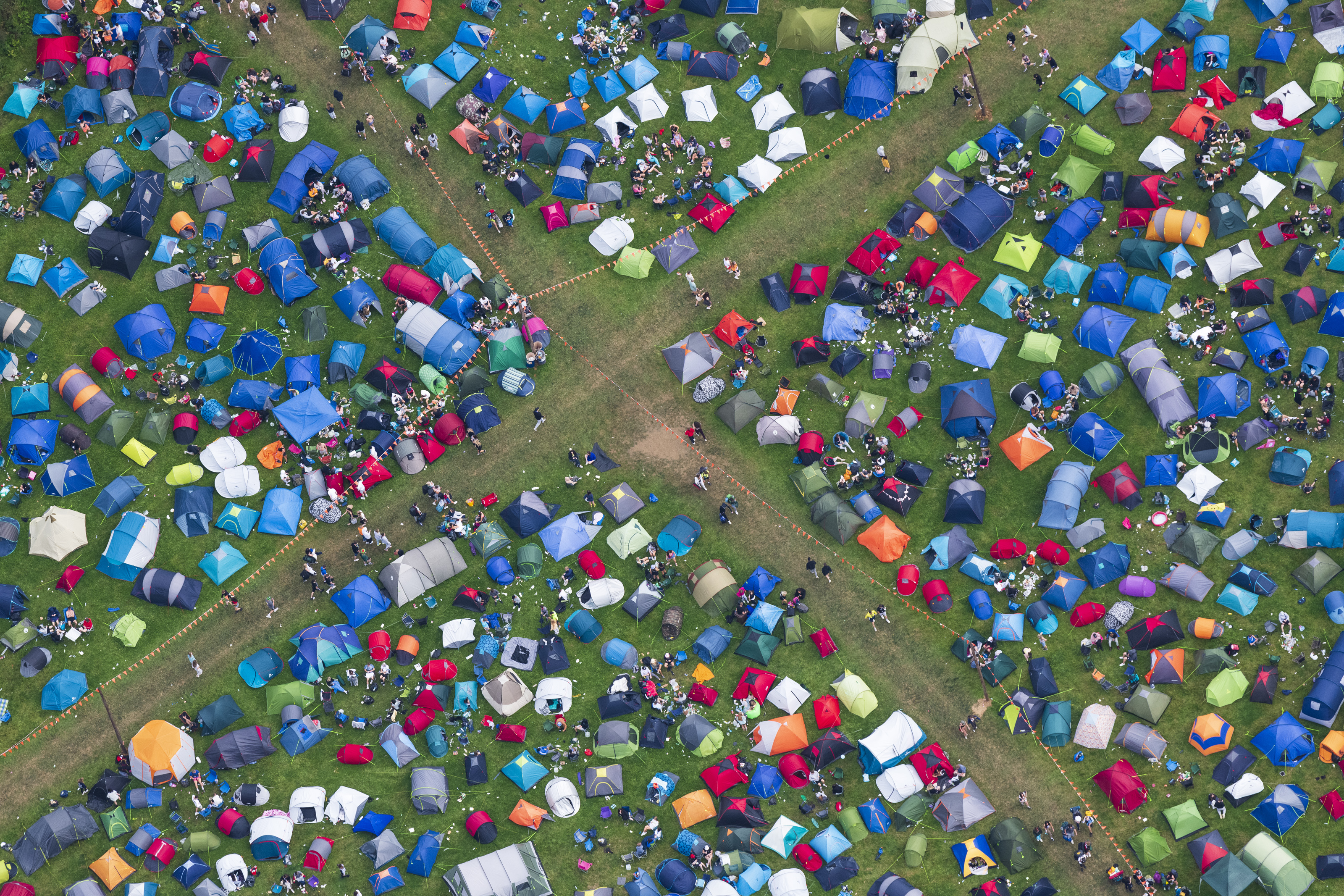