Rail strikes and cold weather hit High Street footfall in run up to Christmas with shopper numbers down 10.2% in a week, retail figures show

Rail strikes and freezing cold temperatures have hit Britain’s High Street footfall in the run-up to Christmas – with shopper numbers down 10.2 per cent in just a week.

Industrial action on Tuesday and Wednesday saw high street footfall drop by an average of 15.7 per cent, with the number of shoppers visiting central London down by 31 per cent alone.

New research shows overall footfall across the UK’s retail destinations in the traditionally peak pre-Christmas trading week was down 20.1 per cent on pre-pandemic levels in 2019 and 0.9 per cent lower than last year.

Retail experts Springboard say the number of shoppers on Britain’s high streets is down 22.6 per cent on pre-pandemic numbers, contrasting retail parks and shopping centres where footfall rose by 1.6 per cent and 0.8 per cent respectively. 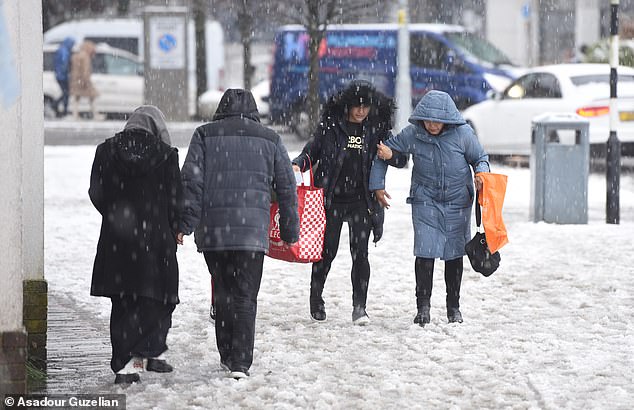 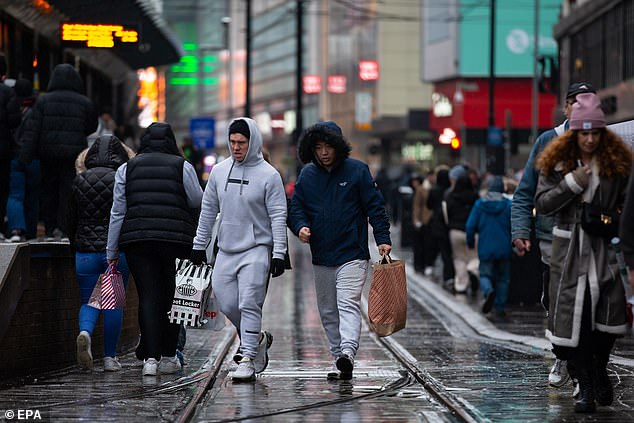 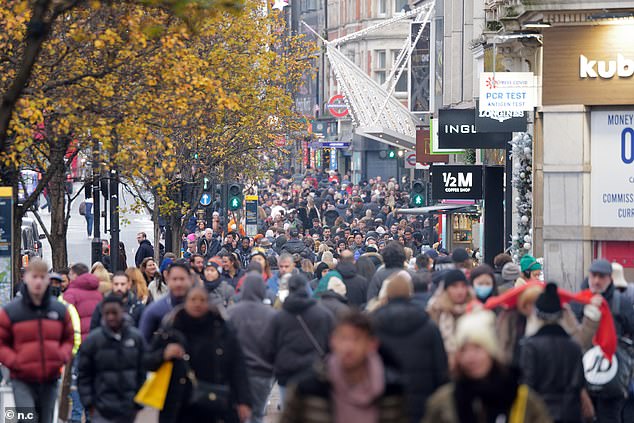 The number of shoppers visiting central London down by 31 per cent alone. Pictured: Regents Street and Oxford Street

And on top of the large fall in London shoppers during the rail strikes last week, footfall was also down 20.7 per cent on average across large cities outside of the capital.

Shoppers also stayed away from historic towns, where numbers were down 18.7 per cent.

It comes as an estimated 20 million British drivers expected to embark on trips to see friends and family in the run-up to Christmas Day – a higher rate than normal due to strike action on the railways.

But union baron Mick Lynch is under mounting pressure to accept a pay deal last night as he faced a mutiny from his members.

His militant RMT union walked out on Friday for the second day of the first of several 48-hour walkouts over the festive period.

But around a fifth of RMT members who work for Network Rail – some 4,000 in total – defied the strike and turned up for work.

This is double the number who did when strikes began in June, raising the possibility that the action could collapse.

Polling by Ipsos has also found that the RMT is losing sympathy among the public, with more now opposing strikes than supporting them.

The RMT will start another 48-hour walkout tomorrow and hold two more strikes across January 3 and 4 and January 6 and 7. It will also strike from 6pm on Christmas Eve until 6am on December 27.

Meanwhile, Diane Wehrle, Insights Director at Springboard, said: ‘Last week – the week prior to Christmas – should have been a peak trading week for retail destinations and stores, with footfall expected to rise from the week before as Christmas shopping moves towards its zenith.

‘Instead, footfall across UK retail destinations took a tumble last week. Whilst the cold weather prevailed, which would undoubtedly have had some impact, the contrast with the results for the week before clearly demonstrate that it was the rail strikes that were the key impact on footfall. 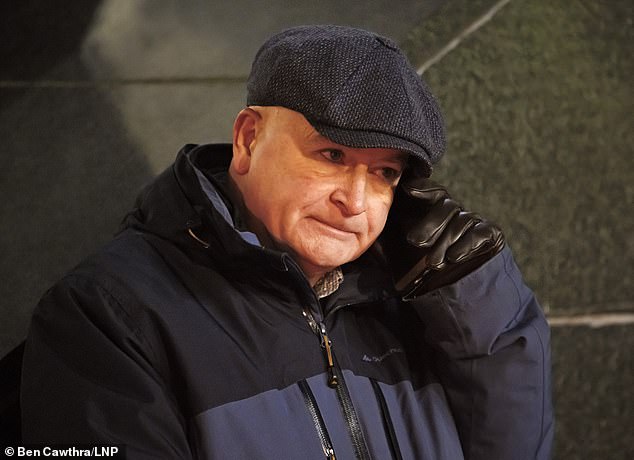 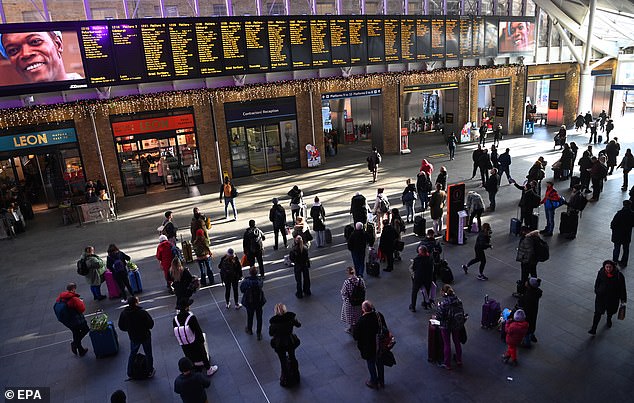 Pressure on the roads will be heightened due to a strike by thousands of members of the Rail, Maritime and Transport union at Network Rail from 6pm on Christmas Eve. Pictured: Commuters wait for trains at Kings Cross station on December 17

‘By far the hardest hit of the three key destination types were high streets, which lost both shoppers who couldn’t reach towns and cities by rail, but also employees who chose to work at home last week.

‘Some of this footfall migrated to retail parks and shopping centres, with both recording rises from the week before (albeit modest) versus a significant drop in footfall in high streets.’

She added: ‘Retail parks fared the best of all three destination types, supported by the fact they can be easily accessed by car with the bonus of free car parking.

Across the range of towns and cities Central London, with its proportionately greater reliance on public transport and a significant working population, was by far the hardest hit.

‘It was followed by historic towns, where narrow roads would have resulted in significant congestion deterring some visitors who weren’t able to arrive by rail. It was evident that many shoppers stayed local last week, with only a modest drop in footfall in market towns.’