The Queen’s official birthday parade Trooping the Colour was today cancelled for the second year in a row in London – but could still take place at Windsor Castle.

A Buckingham Palace spokesman said today: ‘Following consultation with Government and other relevant parties it has been agreed that The Queen’s Official Birthday Parade, also known as Trooping the Colour, will not go ahead this year in its traditional form in central London.

‘Options for an alternative Parade, in the quadrangle at Windsor Castle, are being considered. The annual Garter service, usually held in June, will not take place this year.’ 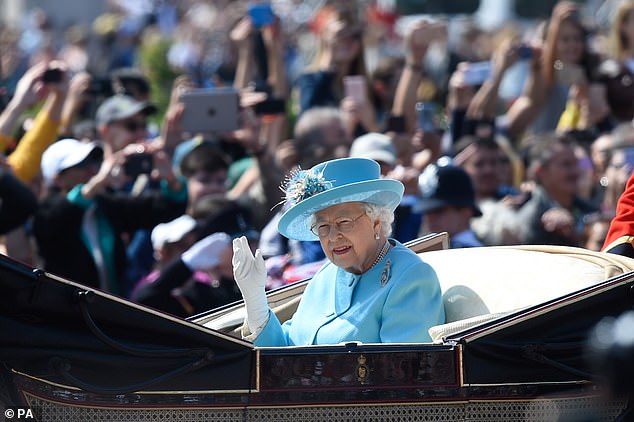 The Queen waving to the crowds as she in rides in a carriage as it makes its way up The Mall from Buckingham Palace to Horse Guards Parade for Trooping the Colour on June 9, 2018 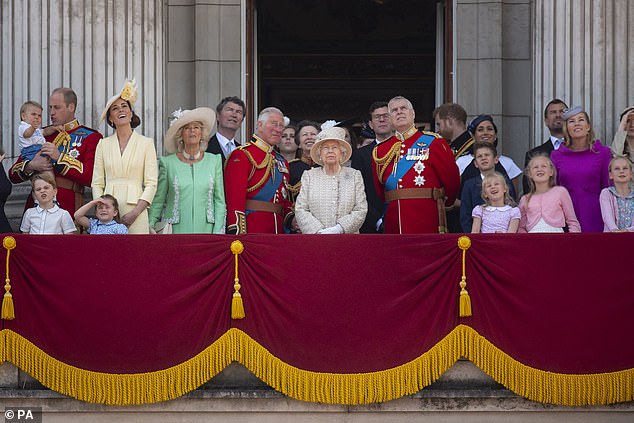 The Queen with Royal Family members at Buckingham Place on June 8, 2019 as they watch the flypast after the Trooping the Colour ceremony as she celebrates her official birthday 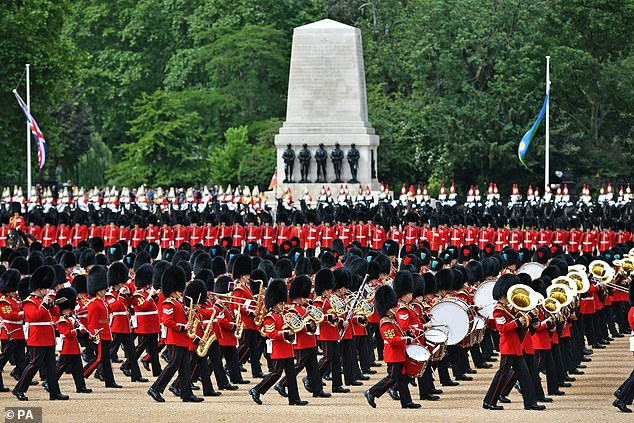 The Trooping the Colour ceremony at Horse Guards Parade in London on June 8, 2019