Why is A-level results day different this year and how could it impact on going to university? Here are the answers to all your essential questions about the exams chaos

Why is results day different this year?

Exams were cancelled across the UK in March as the pandemic took hold and schools closed. As a result, Ofqual, the exam regulator in England, decided grades would instead be awarded based on teacher assessments of how pupils would have performed, moderated by exam boards.

However, it soon became apparent that teachers’ grades had been far too generous. As a result, as many as 40 per cent of grades have been adjusted downwards by Ofqual, using a computer algorithm that takes into account schools’ results over the past three years.

The idea was that this would stop this year’s students having higher grades than their contemporaries, and mean they would keep their credibility in the eyes of universities and employers.

But the sheer scale of downgrading by the computer algorithm was strongly criticised.

Exams were cancelled across the UK in March as schools closed. As a result, Ofqual, the exam regulator in England, decided grades would instead be awarded based on teacher assessments of how pupils would have performed, moderated by exam boards (stock image)

Why and how was the policy changed at the last minute?

On Tuesday evening, the government suddenly introduced a last-minute ‘triple lock’ policy – meaning that pupils unhappy with the grades they receive today can ask for their mock exam grades to be used instead, or take fresh exam papers in October.

The decision was made after a fiasco in Scotland last week which saw 124,000 grades for equivalent exams awarded by teachers lowered, with the poorest entrants getting their marks downgraded at more than double the rate of the richest.

On Tuesday, the Scottish government was forced into embarrassing U-turn, promising to restore the original teacher predictions to any student who had been downgraded by the system.

The ‘triple lock’ policy was introduced in England to try and prevent similar chaotic scenes.

How will pupils in England be able to switch grades?

Students can only challenge their results via their schools, and not as individuals. If they wish for their mock results to be taken instead of the results they receive today, the school will need to prove to Ofqual that the mock exams were sufficiently rigorous.

But the exact process this will involve is currently unknown. Yesterday Ofqual said it was ‘working urgently’ to try and implement the sudden change ‘as fairly as possible’. It said it would not know what evidence schools needed to provide for appeals until next week.

Schools minister Nick Gibb said mocks need to have been ‘sat under exam conditions’ to form the basis of an appeal, but provided no method for schools prove this. 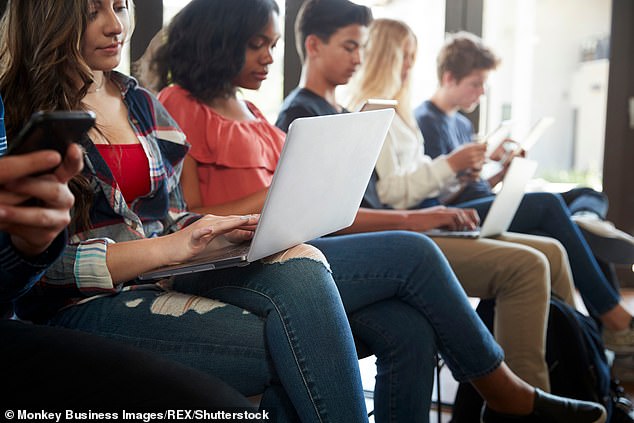 Why are teachers worried about mock results being used?

Mock results could be unreliable, teachers have warned. They are often sat under differing conditions, with some schools more strict than others. Teachers also said last night that providing evidence – such as the mock papers themselves – for appeals would be in some cases be impossible because the papers would have been thrown away.

Will the appeal system be able to cope?

Last night head teachers were warning that ‘every school’ may decide to appeal grades – risking overwhelming the system.

The current deadline for university applicants to meet their offer conditions is September 7, leaving exam boards under four weeks to issue outcomes of thousands of appeals.

What could the impact on going to university be?

If students are rejected of because today’s grades, but plan to appeal or resit in October, they need to contact admissions department as soon as possible to explain their situation. Universities say they are ‘bending over backwards’ to help students this year, and have promised to try and keep places open for candidates until their appeals are concluded.

But in practice this may be difficult for students who could end up missing weeks of term-time before their appeals are resolved.

Universities, who have had access to today’s since results since last week in order to hasten the admissions process, will now need to contend with students assuring them that their mock results were higher, but will need to wait on Ofqual to confirm them as valid grades.